Capitalizing on the Power of Animal Waste at North American Zoos

Who doesn’t have fond memories of visiting their local zoo–seeing seeing all of the exotic animals that you wouldn’t normally see in your hometown and getting an up-close glimpse at those you wouldn’t want to encounter in the wild? Getting to view those creatures in habitats made to look like their natural settings gave visitors an idea of all of the sights and, unfortunately, even the smells of the animal’s natural habitats.

Now a couple of zoos in North America want to capitalize on those unpleasant smells by turning animal waste into energy.

The Detroit Zoo in Michigan recently announced a crowdsourcing plan to raise funds to purchase a biogas system to process 400 tons of waste annually into energy. The zoo has partnered with the Michigan Economic Development Corporation, who will match the $55,000 the zoo needs to raise by June 15.

“This biogas will be used to help power the 18,000-square-foot Ruth Roby Glancy Animal Health Complex, saving the zoo $70,000 to $80,000 a year in energy costs,” says Gerry VanAcker, chief operating officer for the Detroit Zoological Society. “The system also will convert manure into compost that will be used to fertilize animal habitats, gardens and public spaces throughout the 125-acre zoo.”

VanAcker says the zoo will work with Integrity Building Group to build the biodigester. Construction will begin this summer and be completed in the fall.

“We worked with Michigan State University (MSU) to design the biodigester to meet the zoo’s needs. MSU’s Anaerobic Digestion Research and Education Center will work with us in commissioning the project to determine the amount of product we will need to utilize the system to get the best energy output,” he says. 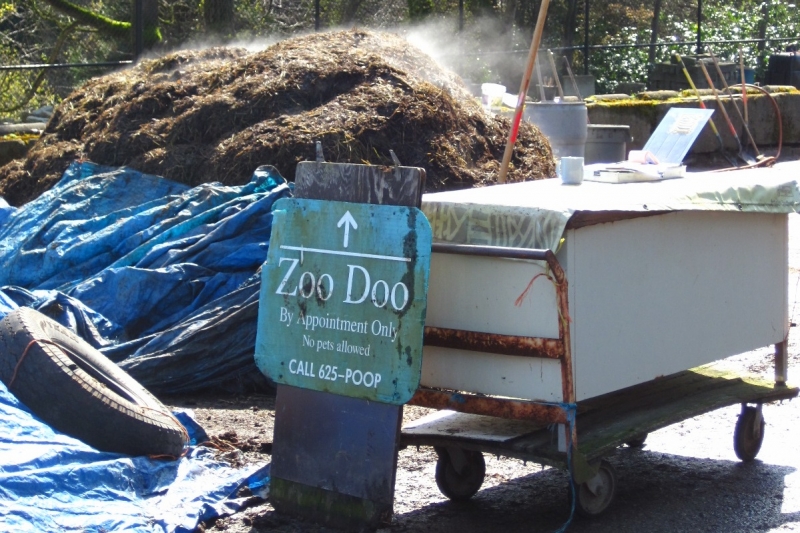 The system will use anaerobic digestion to convert the animal waste into energy. The animal waste will be broken down by micro-organisms in the absence of air. Animal waste–and other organic matter— also known as biomass, will be regularly deposited inside the digester. Naturally occurring micro-organisms will digest the biomass and release a methane-rich gas that can be used to generate renewable heat and power, according to VanAcker.

The Toronto Zoo in Canada also has plans to use animal waste as energy. With more than 5,000 animals on-site, the zoo anticipates it can process about 3,000 tons of animal waste and 14,000 tons of food waste a year from a large Canadian grocery chain, creating 500 kilowatts of generating capacity and about 4 million kilowatts of output.

Working with two engineering companies to design, permit and plan the project, the Toronto Zoo also has partnered with Zooshare Biogas Cooperative Inc. to help raise the $2.2 million (Canadian) needed to build the biogas plant. The group reached its funding goal recently, after seeking funds since 2013.

“We raised approximately half of the funds needed for construction via the sale of community bonds that pay 7 percent annually for seven years,” says Daniel Bida, executive director of Zooshare Biogas Cooperative Inc. “These bonds were purchased by individuals around Ontario who also became members of our cooperative. All together, we have 406 members and 350 investors.”

ZooShare anticipates construction will begin in September 2015 and be completed by May 2016, once all of the permits are approved.

Like in Detroit, the Toronto Zoo’ system will use anaerobic digestion technology to convert the animal and food waste in to biogas, which is then cleaned and combusted to create electricity for the Ontario power grid.

“We are building the biogas plant at the zoo’s current compost facility, so they will continue to collect and dispose of their manure as they always have, except instead of dropping it into piles, they will drop it into a receiving tank,” says Bida. “The food waste will arrive at the site and also be dropped into a receiving tank before it is pumped into a pasteurization tank and then mixed with the manure prior to being pumped into the digestion tank.”