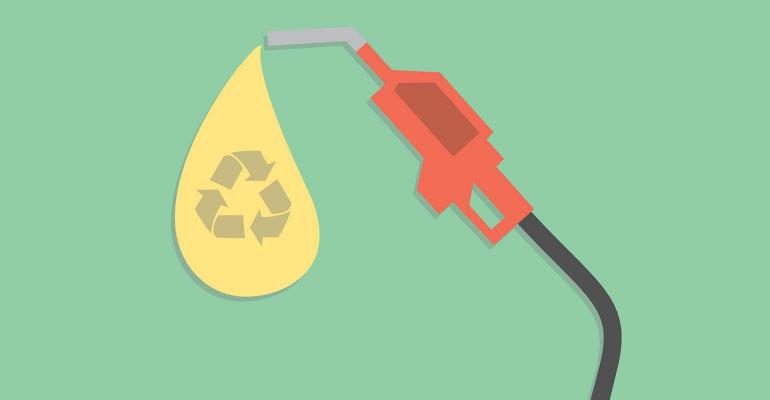 The evolving biofuel sector continues to play a significant role in the transportation and petrochemical markets, but the space remains in flux as the supply chain for feedstocks fluctuates.

Materials such as sustainable aviation fuels (SAF) present some of the most achievable pathways to reducing the carbon dioxide (CO2) footprint of sectors that are difficult to decarbonize, like aviation, while materials such as bionaphtha have potential for the petrochemicals sector as well as transportation.

Limited time remains for governments to shift course on energy, production and economic growth to meet the net-zero targets policymakers have set for the coming decades.

A factor that could stand to drive wider deployment of biofuels could be its relative maturity compared to other emissions-reduction technologies, particularly for heavy industry, with around half of the innovations that are likely to contribute to those goals currently not yet in existence or in the development phase, according to the International Energy Agency (IEA).

Many biofuels production technologies are much more established, and some feedstocks such as waste cooking oil already have international trade networks, with material from China, Argentina and Brazil flowing into Europe.

The choice of technology, as much as the choice of biofuel, is likely to be a significant determinant of success. Some forms, such as SAF and biodiesel, can be synthesized using a wide variety of technologies, from isomerization to pyrolysis, while others such as biogasoline, have a much more limited range of technological options at present.

The sector remains policy-driven, although consumer interest in alternative-fuel transportation is growing and that balance may shift over the next decade.

In the short-term, the momentum of the space is also dependent on government targets, meaning that some momentum has been lost during the pandemic.

Biofuels demand dropped 8% in 2020 year over year to 150 billion litres, according to the IEA, with Brazilian and U.S. ethanol production experiencing the most significant contraction. However, this was slightly less than the overall drop in gasoline and diesel consumption at almost 9%.

Output is expected to return to 2019 levels at least this year, the agency added, but the rebound will be uneven, with biodiesel and hydrogenated vegetable oil (HVO) fuels coming back strongly but U.S. and Brazil ethanol sectors remaining subdued.

A factor in this is that ethanol and biodiesel are constrained by total demand (which remains subdued) due to blending limits, while HVO is a substitute for fossil diesel.

HVO could be a significant driver in biofuels becoming more mainstream, according to Michael Connolly, senior analyst on the ICIS global refining team.

“I think the big change in the market is HVO, because all these other fuels to date are limited by the blending percentage that can go into the finished product, whereas HVO can be 100% of the product. And so that opens up room for biofuels to expand,” he said.

Connolly added: “That, in combination with all the regulations/incentives, we're seeing encouraging biofuels is really what's driving a big change in the market. Then you will get co- products on the side like the bionaphthas and LPGs which the petrochem firms are going to lap up.”

A key issue determining the winning technologies is that of which feedstocks can best scale to mature-scale market conditions.

While the conventional oil and gas sector was always characterised by a near-endless pool of resources, continued discovery and exploitation remain the key technological challenge.

The biofuels market is currently growing, and an increasing number of idled or unprofitable refineries are being retrofitted to produce more material, but these new capacities will need to be fed.

As these feedstocks are often themselves by-products, either from the service sector, food production or agriculture, they are dependent on factors such as consumer demand, yields and weather.

The coronavirus pandemic saw a sharp drop in restaurant demand, meaning that waste oil from that sector became harder to find.

Players in the space are largely dealing with this by having supply contracts locked down ahead of time, according to Connolly.

“There's a big feedstock market at the moment but it will become feedstock limited, so what you see is all the players who are joining into the market have feedstock arrangements already. They are making agreements either with companies producing used cooking oil, or agricultural companies that are making vegetable oils or animal fats to secure feedstock supply,” he added.

As the sector continues to expand in order to meet projected demand, sourcing sufficient feedstocks and successfully hedging against volatility, which is likely to remain more intrinsic to the supply side of the sector than with conventional fuels, will become a greater challenge. This, however, is expected to be mitigated with innovation and the growing maturity of supply chains across the globe.

Editor's Note: This is part one in a two-part series that analyzes the market for biofuels. Read part two here.