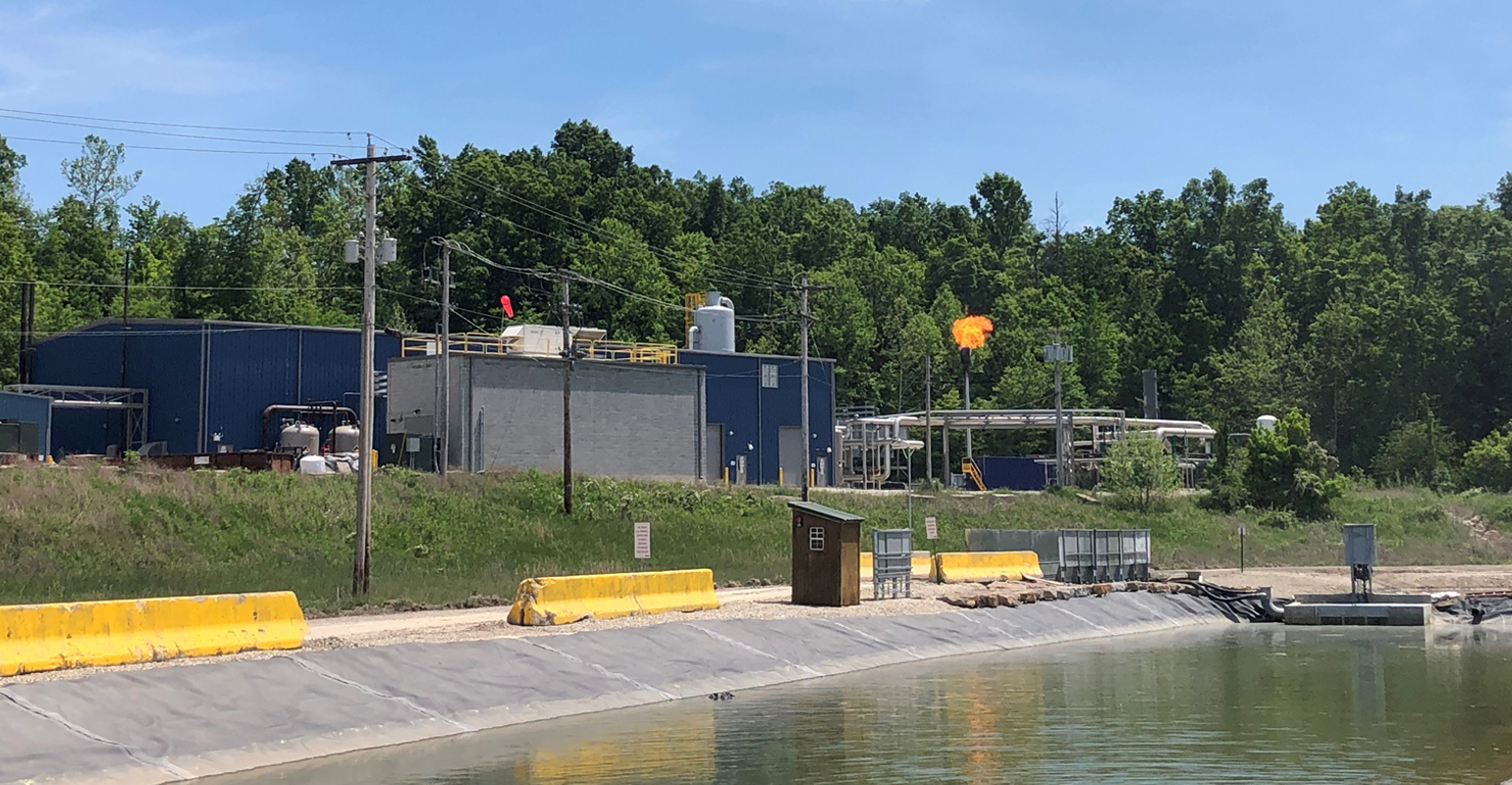 Rumpke has launched its fourth landfill-gas-to-energy project with plans to build three more in the Southern and Midwestern regions.

The newest to spring into operation is at Boyd County Sanitary Landfill in Ashland, KY, in partnership with Archaea, with a capacity of 2,300 MMBtu/day of pipeline-quality renewable natural gas (RNG).

Gas will be injected into a pipeline that’s about 1.5 miles away from the site and owned by TransCanada.

“The RNG meets rigorous specs to deliver gas that’s as clean or cleaner than what’s in pipeline today. It will mainly be sold to a large institutional partner committed to decarbonizing,” says Nick Stork CEO and co-founder of Archaea.

“The decision to buy that landfill fits in our business model because we were already hauling residential, commercial, and industrial waste in that tristate region. We could give low-cost disposal to our customers,” says Andrew Rumpke, area president for Rumpke.

“We have 14 landfills and what’s most important to us is to think long term of how our actions affect and benefit the local community. We own and operate Boyd and needed a partner to operate the wellfield and gas collection to efficiently capture emissions. We have experience working with Archaea at several of our landfills,” he says, adding the company was confident the developer could do the job at the 1,600-acre site that receives 1,400 tons of solid waste a day.

Archaea got the gas rights with Rumpke when it acquired the Ashland, KY project from another developer that Stork said was having problems getting the gas quality up to par.

“The main issue was nitrogen removal, a problem that took six months to resolve. We overhauled the system, applying gas separation and nitrogen rejection technologies to remove inert components and convert the landfill gas to RNG with high levels of methane recovery,” Stork says.

Archaea has three landfill development agreements with Rumpke. Besides the Boyd site they include a second one in Kentucky and another in Indiana with the groundbreaking taking place at the Indiana site last November. Rumpke is also building another project at its Noble Landfill in Ohio.

What attracted the developer to Rumpke says Stork is that its landfills are well maintained; they are committed to do “the right thing” on the environmental and compliance side; and they have a vertically integrated strategy (hauling and landfill operations) to bring in waste from the local community.

“We needed to bring in the right kind of waste in the long term for predictable inputs. We want to sell to buyers under 10- to 20-year agreements and place over 50 percent of our volumes from a given project into those agreements,” Stork says.

Conversely, the trend in the RNG space is to sell shorter term to transportation fuel markets for credits with variable pricing and subject to local risk.

Speaking of its latest project with Rumpke, Charlie Anderson, Archaea Energy’s cofounder and director of Gas Processing stated, “We turned a very challenging RNG plant into a revenue-producing renewable energy project in a short timeframe. We achieved this by carefully analyzing each step of the landfill gas upgrade process to identify opportunities for the most impactful improvements and then implemented changes to re-commission the plant successfully.”

The partners, who have a revenue share agreement that they would not  disclose the details of, say they are both  incentivized to collect as much gas as possible.

The Boyd landfill project, consistent with similar ones, will help reduce over 25,000 metric tons of CO2 equivalent a year. And it will help cut air pollution across every major category by about 90%, according to Stork, which is based on Archaea’s data on gas quality and volume and on Rumpke’s emissions reporting.

“Our goal is to be a great operator in our community. It’s important to continue improving wellfields and gas plants … We have other landfills and in the near future we will need wellfields expanded. We will explore the option of adding RNG projects at those other sites,” Rumpke says.

Currently Archaea sells to the University of California and large natural gas utilities, including Énergir and FortisBC, both in Canada. The plan is to continue targeting large institutions that currently use brown natural gas and want to keep existing infrastructure but bring in renewable gas.

Archaea will become the largest publicly traded RNG platform in the U.S. and globally before the end of 2021, valued at $1 billion, according to the company.