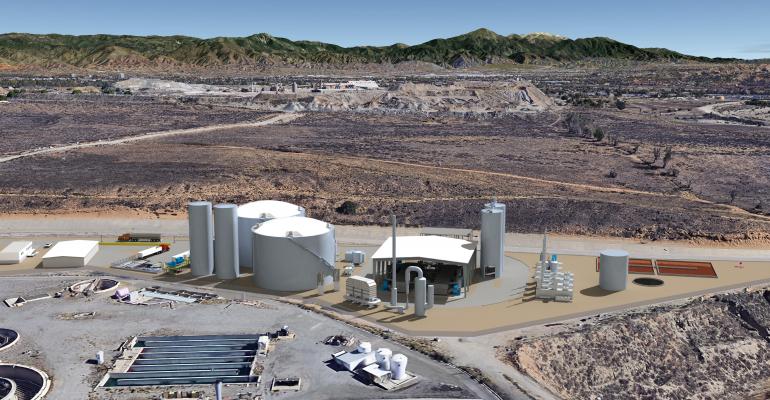 The solid waste, wastewater, and ag sectors represent about two-thirds of manmade methane emissions. Anaergia Chairman and CEO Andrew Benedek says he founded his company to help prevent their climate-damaging effects while turning the methane into an asset— renewable fuel that replaces fossil natural gas.

The solid waste, wastewater, and ag sectors represent about two-thirds of manmade methane emissions. Anaergia Chairman and CEO Andrew Benedek says he founded his company to help prevent their climate-damaging effects while turning the methane into an asset— renewable fuel that replaces fossil natural gas.

In this Q&A Benedek discusses Anaergia’s technologies to make RNG and other products and ways the company differentiates itself from some competitors. He discusses what he believes it will take to get to net zero emissions and why he sees Europe and California as among regions that are ripe for growth in the biomethane sector.  And he tells why he transitioned from a career as a university professor to becoming an entrepreneur (launching two companies with environmental focuses).

Waste360: What did you have in mind when you founded Anaergia, and what do your technologies accomplish?

Benedek: I founded Anaergia to solve one of the most destructive causes of climate change—methane emissions from waste.

As you know, a great deal of methane emissions come from waste rotting in landfills, from sewage, and from agricultural waste. Using waste from these sources to make renewable fuel has a double whammy effect in battling the climate crisis. It not only stops those planet-warming methane emissions; it also provides a renewable fuel that replaces fossil natural gas.

We serve the solid waste, wastewater, and ag sectors—and these sectors represent about two-thirds of manmade methane emissions. That’s quite a large portion of the methane problem.

Anaergia’s solutions cover every step needed to take any organic waste and turn it into renewable energy, clean water, and organic fertilizers. We have technologies for the whole process—from separating out food and other organic waste before it can be put into landfills, to anaerobic digestion, to digestate pyrolysis, and more.

In addition to having solutions for all major waste sectors, we’ve differentiated ourselves by manufacturing our own equipment. We now build projects around the globe, including some of the largest facilities in the world.

Last year we went public on the Toronto stock exchange, providing us with capital for expansion.

Waste360: Do you feel like you’re making progress in the climate change battle?

Benedek: Well, since our founding in 2008, Anaergia technologies have avoided more than 460,000 metric tons of greenhouse gas emissions [in carbon dioxide (CO2) equivalent]. This past year, our projects prevented 41 times more emissions than what our operations produced.

We need to do much more, but this is the type of work that’s needed to get to net-zero emissions.

Waste360: How do you determine your strategy for growth and expansion?

Benedek: Technologies like ours are driven by government policies to either combat climate change, or create clean fuels, or both. Because these drivers change over time in various governments, I always want to reduce risk by being geographically diversified.

We’ve been growing in North America over the past several years, in part due to California’s recognition that methane emissions from waste contribute significantly to climate change, and in part due to renewable fuels credits.

Waste360: You say California has been a sweet spot. Tell us about one of your projects there.

Benedek: A great example of a facility we’ve built and own and operate is at Victor Valley Wastewater Reclamation Authority’s wastewater treatment plant in California. This facility had Anaergia upgrade its anaerobic digestion capacity using our patented Omnivore technology, which allowed them to also take in food waste (and tipping fees). Digesting the additional waste allows the plant to produce as much as 320,000 MMBtu of renewable natural gas each year, which gets sold and used as clean trucking fuel.

Waste360: Do you see growth opportunities in Europe?

Benedek: Right now, Europe is ripe for growth in the biomethane (renewable natural gas) sector. European nations have probably always been ahead of North America in concern for conservation and the environment.  And now, because the European economy has been dependent for many years on buying Russian natural gas, there is a great push for developing many, many more projects like ours that produce renewable natural gas.

Europe wants to add more than a billion MMBtu of capacity to produce renewable natural gas. That’s billion with a “B” and that’s about 13 times their capacity now.

Fortunately, we were already out in front when this security issue made clean fuels even more important. We’ve recently commissioned two plants in Italy that are producing renewable natural gas (called biomethane in Europe) from source-separated food waste. These are two of seven facilities Anaergia is building which together will form one of the largest food waste-to-biomethane platforms in Europe.

Waste360: Can you share a little on a couple of particularly notable projects in Europe?

Benedek: One of the most notable projects in Europe is the facility we’re building in Tønder, Denmark, where we expect to produce 1.4 million MMBtu per year of renewable natural gas, which would make it one of the largest such plants in the world.  This is in addition to the 5 million MMBtu per year of RNG production capacity we’ve installed since 2010.  For the sake of comparison, some other North American companies are working to reach 100,000 MMBtu of RNG produced—but we’re adding nearly that much or more with every single new facility we’re opening in Europe.

Waste360: Other than North America and Europe, where else in the world do you see an opportunity to tackle climate change by converting waste to renewable fuel?

Benedek: I’m encouraged by the recent election in Australia and the change to a government more favorable to renewable fuels. We’d like to do some projects there.

In Asia, we partnered with Toyo Energy Solution Company on a project to convert cow manure into renewable power. That’s the second project we’ve done with Toyo, and we’re very happy they wanted to partner with us again.  I’m especially thrilled that this project will prevent about 13,500 metric tons of CO2 (equivalent) in emissions.

Waste360: Can you give an idea of the breadth of Anaergia’s work?  I understand you don’t just produce biomethane but also fertilizer and recycled water?

Benedek: Yes. Our equipment isn’t limited to anaerobic digestion and biogas production. We have technologies that separate organic waste from mixed municipal solid waste; we have wastewater recycling technologies for wastewater treatment plants; and we can take the material that’s left over after anaerobic digestion and create a fertilizer that is free from PFAS and other constituents of emerging concern, called “CECs”.  And we have technologies for every process in between—mixers, dryers, etc.

We also have multiple ways to deliver our technologies. We sell our equipment and systems to municipalities or others who want to own and operate it themselves. We also contract to provide operation and management of our technology solutions. Third, we can build, own, and operate a complete system for the benefit of a community or company.

Waste360: Where have your technologies been installed, and how many of your projects have you built, and own and operate yourselves?

Benedek: We’ve installed our technologies at more than 1,700 projects in North America, Europe, Africa, and Asia. These include many agriculture projects, as well as solid waste and wastewater projects. Thirteen of these are projects that we build, own, and operate—six in North America, and seven in Europe.

Waste360: You were an entrepreneur even before starting Anaergia. Tell us about that and why did you decide to launch Anaergia?

Benedek: I’ve been concerned about the environment for my entire career, and I’ve founded two companies to address environmental problems.

I started out as a university professor working on developing better wastewater treatment processes, but eventually realized that the best way to change the world is not in the classroom but by creating a business that can spread new technology—so I created ZENON Environmental, where we invented and commercialized the world’s key technology for recycling water.

Eventually we sold ZENON to GE, and I took a position at the Scripps Institute of Oceanography at the University of California San Diego. That’s where I became very concerned about climate change.  What really scared me was the warming of our oceans and the potential for the release of methane from the bottom of the Arctic Ocean if global warming continues unabated.

So, I left academia once again and founded Anaergia to fight climate change by eliminating methane emissions and creating carbon-negative renewable fuel—something the world will absolutely need to get to net-zero.