Home>Energy>Waste-to-Energy
Recent
GFL Revenue Up Nearly 30% (and a 37.6% increase in Adjusted EBITDA and a solid update on acquisitions)
May 06, 2021
Part 2: Curtain Call for Early PFAS Compound
May 06, 2021
Ohio EPA In Court Over Toxic Debris at Arco Recycling Dump
May 06, 2021
University of Maine Launches a Campaign to Reduce Food Waste
May 06, 2021
Tool Enables U.S. Companies to Set Ambitious Packaging Strategies to Reduce Plastic Waste
May 06, 2021
Too Good To Go Expands Nationally, Bringing Food Waste Solution To West Coast
May 06, 2021
Episode 17: Making Waste an Asset with the Appalachia Ohio Zero Waste Initiative
May 06, 2021
Republic Solidifies Santek Deal and Reports Robust Q1 Earnings
May 06, 2021 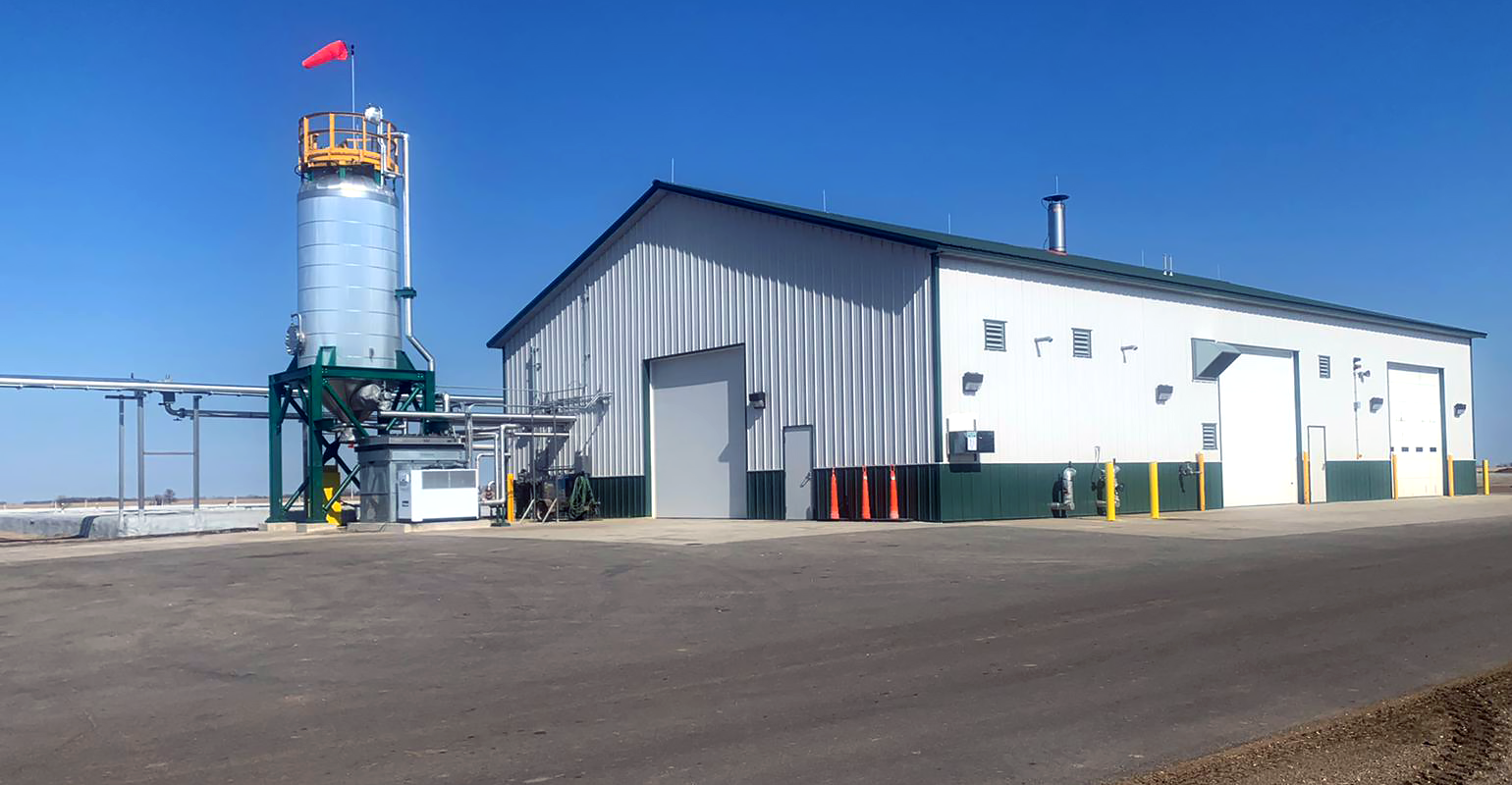 Amp Americas, while still fairly young, has ridden a fluctuating market curve and done some pivoting since it began converting dairy manure to biogas at one farming operation in Indiana. Its latest milestone since its 2011 launch is landing a deal to develop and operate Minnesota’s first biogas-to-transportation fuel project; it began delivering fuel from that project to the Alliance pipeline in October 2020.

Amp will process 700,000 gallons a day of manure, leveraging anaerobic digesters at three sites owned by farming operation Riverview. This venture brings Amp’s portfolio up to four renewable natural gas (RNG) projects across the Midwest and west, which collectively produce over 10 million gallons of RNG annually.

While these projects are its bread and butter, the developer also runs services and marketing lines around dairy biogas, landfill gas, and wastewater treatment plant digester output. Through these lines it markets others’ biogas projects; supplying RNG to fleets; and generating and selling low-carbon fuel standard (LCFS) credits.

What began as a few small-scale dairy farm projects led to the launch of 25 CNG stations supplying mostly RNG from across the Midwest, Southeast, and Texas. This was at a time when diesel was $4 a gallon; the company was forging a strong market presence in CNG, selling this green alternative for less than $2 a gallon.

“As we were building that out, we got good at dairy RNG production, and in 2016 we saw opportunity to bring gas upgrades to RNG projects at farms with digesters and those where we would have to build digesters,” Zimmerman says.

Partnering with several midwestern farms, he brought five digester projects to market in 2019 and registered them in California to be able to tap into LCFS credits.

Zimmerman sold the CNG business and soon after raised $75 million; built the Riverview plant to clean the biogas; and signed agreements to build new dairy projects.

With this newest work in Minnesota, there were logistics to work out to be able to flow gas through the grid. The digesters are spread out over three farms, so Amp had to figure out how to get the gas to the interconnect.

“We considered trucking it to the connection, but this process introduces economic and safety risks; for example, when gas goes from one vessel to another you lose some of it.”

And trucking hydrogen sulfide even in low concentrations is potentially dangerous, he adds. “So, we decided to inject directly to the interconnect. This meant we had to build pipelines, which entailed figuring out pipeline rights of way.”

The team spent more than a year working to gain the public’s and officials’ trust— to convince them their proposal would be safe, sustainable, and boost the local economy. Zimmerman says education and transparency were key.

“We demonstrated the technology we would use, and we showed we would build to standards higher than required both by Minnesota law and by federal law. We kept the community informed of the status of the pipeline project and on findings of yearly reports on pipeline inspections. And we have been present,” says Zimmerman, who shows up at board meetings to answer questions.

The large farming operation built on-site digesters in 2008 and 2009 to make electricity and shut down in 2016 with the decline of the renewable electricity market. Almost immediately Riverview got interest from developers that wanted biogas for products other than electricity.

“We were skeptical because we had put a lot of capital into green energy, and from an economic stand it did not work. Also, a lot of developers were doing or talking about doing what Amp is doing. We were in methane digestion for 10 years, and it was obvious some of them did not understand the process. It’s a relatively new industry, and figuring out who has a viable business and will be here in 20 years is challenging,” says Brad Fehr, a partner at Riverview.

It took months to get the first conversation going and then more time before Riverview was sold [on working with Amp Americas].

“As we stuck through the process of putting the deal together and as Amp met milestones, we got more comfortable,” Fehr says.

From a business perspective the LCFS market was a motivation. A smaller side benefit is that Fehr can use the solids run through the digester, then separated, for better cow bedding.

“So as far as drivers, it’s economic; then it helps a little with dairy operation performance. Then there is the environmental aspect. We recognize a lot of environmental issues are not going away and that we are moving toward more green energy. If we can do something with methane that’s environmentally beneficial, we will look at that,” Fehr says.

Riverview is planning to do more digester projects on other dairy farms, mainly in Minnesota and South Dakota.

Amp Americas is looking ahead too and is already working on other projects in various stages of development, mostly in the Midwest to include Wisconsin, Kansas, Indiana, Iowa, Michigan, and Minnesota and, further east, in New York. As far as the near future, Zimmerman says, “I think we will build several projects a year for the next several years.”