Lancaster County is known for its traditional covered bridges and being the heart of Pennsylvania Dutch country. But the Lancaster County Solid Waste Management Authority (LCSWMA), by contrast, has made its mark by operating in a very non-traditional manner.

The county operates the usual landfill and household hazardous waste facility, of course. But LCSWMA, located in a south-central Pennsylvania county with a population of a little more than 500,000, also operates a wind power generation project and has solar panels on its transfer station complex. The authority put its money to work, loaning funds for projects and capitalizing on the interest.

LCSWMA is close to completing th 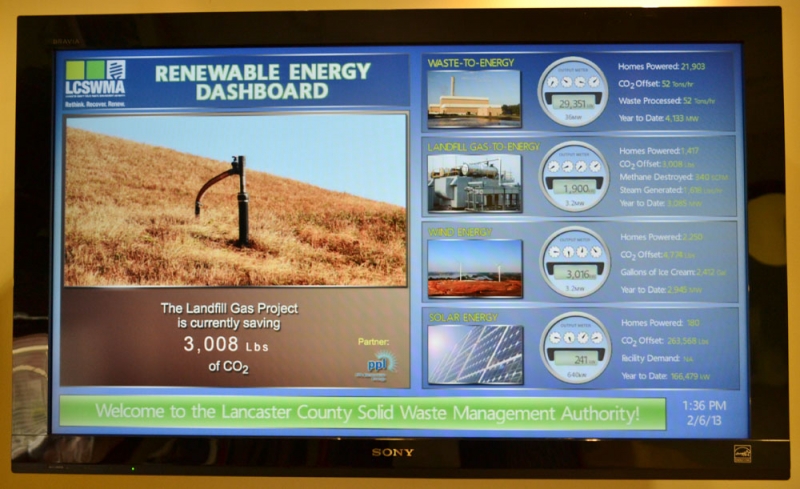 ree other breakthrough projects, says James Warner, CEO of the authority. It is purchasing the waste-to-energy (WTE) facility in Harrisburg, expanding beyond the county. It’s selling part of its land to Salisbury, Md.-based Perdue Farms for a soybean crushing facility, and will provide steam for its processing needs. And LCSWMA is building a compressed natural gas (CNG) station for use by both internal and external vehicles.

“I think where they’re really unique is the extent they’ve gone to in order to derive resources from the waste,” says John Skinner, executive director and CEO of the Solid Waste Association of North America (SWANA). “They’re very forward-looking.”

The Harrisburg WTE facility processes 800 tons per day. And while it is outside the county, it is only 18 miles away from LCSWMA’s existing WTE facility. The Harrisburg facility was available because the city is deeply in debt due to the project. Warner says he hopes to have a final agreement in March or April. “We were able to come in and pay a fair value, negotiate a contract and provide the type of service for the county that we’ve provided here.”

The acquisition will increase LCSWMA’s annual waste disposal/processing portfolio by about 50 percent to 900,000 tons annually.  It will add about $32 million in revenue to push the authority’s total WTE revenue to $85 million to $87 million.

With the Purdue project LCSWMA will sell the food producer steam extracted from its WTE turbine and water. The project will strengthen the local agricultural business. “We didn’t want to sell the property to someone to just make a warehouse and not use the energy (LCSWMA is generating),” Warner says. “We diversify our energy customers and we increase our overall energy revenue.”

Meanwhile, LCSWMA is investing $3.5 million for a CNG station at its transfer station that Warner expects to open in the fourth quarter of 2013.

The authority will buy 14 new tractors built to run on the cleaner fuel, and the station will have both slow and fast fill capabilities. Warner hopes to convince its waste truck customers using the transfer station to convert their vehicles. He’s looking at a five-year payback on the investment.

He points to industry leaders Waste Management Inc., Houston, and Republic Services Inc., Phoenix, as setting the trend. “The big guys made the decision that the future fuel is going to be CNG. With Marcellus shale nearby, we’re making a bet that CNG is going to be much cheaper and less volatile than diesel. The time to make the conversion is sooner rather than later.” 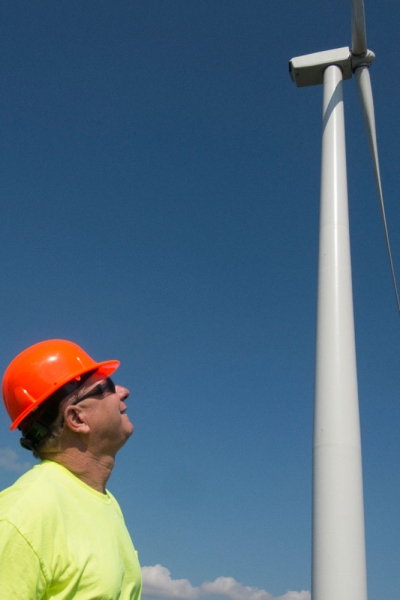 And with an eye toward capitalizing on available resources, another asset Warner identified is the wind at the LCSWMA landfill’s promontory point by the Susquehanna River. The authority got together with Allentown, Pa.-based PPL Electric Utilities to investigate the feasibility of a wind turbine project. Neighboring Turkey Hill Dairy factored into the equation. “We came to the conclusion that the project is viable if we could get a long-term agreement with Turkey Hill to buy the energy.”

Moreover, it opened up another opportunity for LCSWMA to make money – on its money. Most authorities are severely restricted in terms of how they can invest their funds, Warner says. But LCSWMA has been profitable enough to maintain substantial cash reserves. The wind project cost $5.5 million, and LCSWMA loaned most of that amount to PPL for construction. LCSWMA gets 12.5 percent of the energy sales from the project and a 6-percent return on the loan.

“We could leave it in the bank and make six-tenths of 1 percent, or we could find an innovative project and now we get 9 percent return on investment – and we have a project because it lowers PPL’s capital  costs,” Warner says.

LCSWMA applied the same model to its solar energy project.

The authority operates a landfill gas-to-energy (LFGTE) facility, locating it near Turkey Hill Dairy, which is a major ice cream provider. LCSWMA takes the heat off the LFGTE boilers and turns water into steam for Turkey Hill to use, augmenting the dairy’s own diesel-fueled boilers.

And most recently, LCSWMA bought a dairy farm that is adjacent to its landfill property. Warner says that its location between the existing landfill gas plant and Turkey Hill Dairy may provide an opportunity for placement of a digester for more energy capture.

Variety is the Spice of Waste

Warner says it’s the entire portfolio of projects that makes LCSWMA unusual. “It’s all about looking at our assets and assessing opportunities. Opportunity comes in all types of shapes and sizes. But then the execution is what is the difficult part, and that we’ve been able to succeed in. We don’t do things to lose money; you have to have a viable business plan.”

Being an authority allows LCSWMA to act faster than public entities operated by a city or county, Warner concedes, because the latter are much more political. LCSWMA has a board that encourages and expects innovative thinking. “Our authority is operated just like a business that encourages creativity and the best uses of capital.” 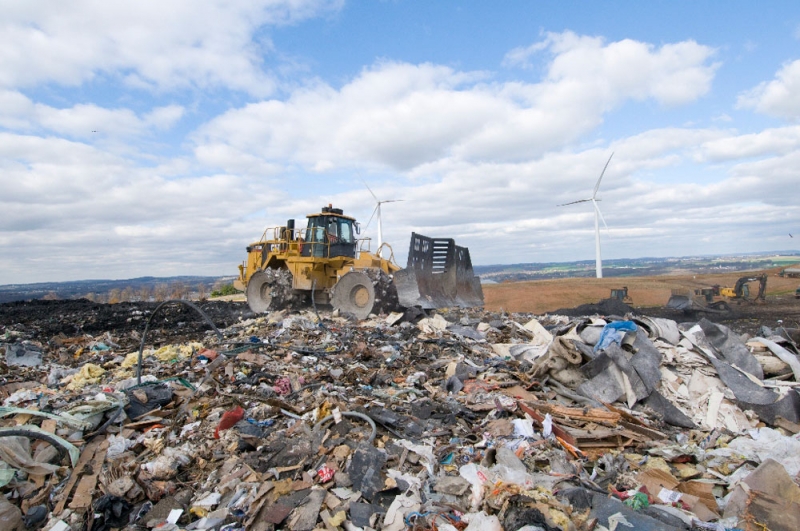 SWANA’s Skinner sees LCSWMA as an example that other public solid waste entities can follow.  “You have to have a leader like Jim,” he adds. “The existing operation had run successfully for years, so they had the financial resources to move ahead.”

Diversity also gives LCSWMA the opportunity to move waste around with multiple options. An active member of the community, LCSWMA treats civic events as an opportunity to educate people about the importance of its diversity in waste management.

The efforts are paying off environmentally, as well. Warner says an outside firm did a study for LCSWMA of its environmental impact, finding that the authority actually has a negative carbon footprint (i.e., it prevents more carbon emissions than it generates).

Warner long has stressed having an integrated system at LCSWMA. Looking to the future, he sees that as essential. “The revenue model needs to change because the waste growth just isn’t there anymore,” he says. “How do you increase your revenue when you’re getting less waste? A lot of people in the public sector are asking that question.

He points again to Waste Management and Republic as companies showing the way in diversifying their waste businesses, through food diversion, single-stream recycling, energy opportunities and other forms.

“If you want to see where an industry is going look at the people leading it,” Warner says. “The business of just hoping that ton gets in your truck and you have a nice tipping fee at the end — those days are over.”

This article has been updated with several wording changes for clarity.)