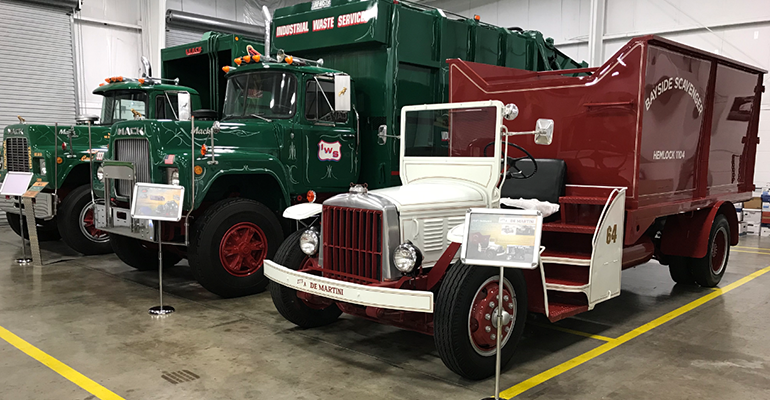 The latest addition is a DeMartini from the 1930s.

Waste Pro has unveiled the newest addition to its Garbage Truck Museum: a 1930s (exact year unknown) DeMartini that was originally built in San Francisco. At the time, a group of Italian immigrants who called themselves “scavengers” because they had to scavenge to survive created a company (now called Recology) that by law was the only company in the city of San Francisco allowed in the waste collection industry. They formed an association of 100 operations, some even using horse-drawn carts to collect waste. After taking it upon themselves to make their own trucks in 1918, the DeMartini exploded in popularity—it was seen on every street in San Francisco by the mid-1920s, according to Waste Pro.

Scott Collier, Waste Pro’s corporate fleet maintenance manager and museum curator, led the company’s restoration crew to design and build the body of the truck with the exact proportions of the original and honor the time period in which it was created.

The Waste Pro Garbage Truck Museum is the only one of its kind in the world, according to Waste Pro. It is located at Waste Pro’s Central Florida Regional Operations Headquarters in Sanford, Fla. Walk-ins are welcome, but it is recommended to call ahead and schedule a visit.