Updated: U.S. Lawmakers Call Out BYD as a Societal "Threat" 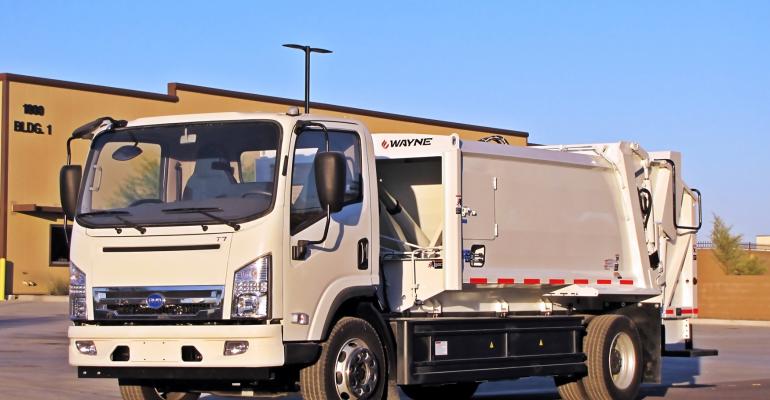 Lawmakers singled out BYD (Build Your Dreams) and China Railway Rolling Stock Corp. as China’s strategy to dominate transportation manufacturing markets. Several claimed that the two companies make it nearly impossible for other vehicle and rail manufacturers to fairly compete due to the financial support they receive from the Chinese government.

BYD supplies electric garbage trucks and electric vehicles for freight delivery. BYD is a publicly-traded company with 60 percent of its stocks owned by U.S. investors. Warren Buffett’s Berkshire Hathaway is the largest single shareholder at 8 percent.

BYD released the following statement in response to lawmakers' criticism:

BYD (Build Your Dreams) is a privately owned and publicly traded company with its North American headquarters in Los Angeles. The company employs 750 members of the SMART Union, Local 105, at its bus and coach manufacturing factory in Lancaster, California.

All BYD buses built for U.S. transit agencies are “Buy America” compliant — meeting or exceeding the requirements specified by Congress in U.S. procurement laws. They are technologically superior to any other product on the market. BYD is driving innovation and partnering with many American start-up ventures in the battle against climate change.

BYD is a global corporation, with nearly 10 percent of its stock held by Warren Buffett and Berkshire Hathaway. The company does not build buses that spy on Americans. It builds buses that meet the specifications of its many transit agency customers around the United States.

It is unfortunate that BYD’s competitors have chosen to use the legislative process to gain a competitive advantage in the market.

We look forward to our continuing efforts to educate Washington policymakers on the benefits to taxpayers of having a vibrant, competitive electric bus marketplace.

Chinese electric vehicle maker BYD faced criticism Thursday from both sides of the political aisle and from geopolitical experts for undercutting U.S. transportation equipment suppliers. Opponents also called out the manufacturer as a threat to American security.

At a hearing on Capitol Hill, BYD, along with railcar manufacturer China Railway Rolling Stock Corp. (CRRC), were singled out as agents of Beijing's strategy to dominate transportation manufacturing markets, starting with transit suppliers and moving into the freight markets.

Sen. Mike Crapo, R-Idaho, chairman of the Senate Banking Committee, said both BYD and CRRC include direct subsidies from the Chinese government as part of their annual reports. "There are presently at least seven other transit railcar manufacturers besides CRRC and at least five other transit bus manufacturers besides BYD in the United States. It is impossible for other bus and rail manufacturers to fairly compete when these two companies have the unfair advantage of the financial support of the Chinese government."