HomeFleets & TechnologyTrucksTwo California Cities Experiment with Electric Refuse Trucks
Recent
Machinex Upgrades West County Resource Recovery in California
May 27, 2022
EREF Hosts Record-Breaking Charitable Auction, Proceeds Directly Support Scholarships and Scientific Research
May 27, 2022
This Week in Waste: Top Stories May 23 - May 28
May 27, 2022
Landfill Emissions Measurement: What We Know, What We Need to Know
May 27, 2022
POLL
SWANA & Oceans Caucus Foundation Host Congressional Briefing on Recycling
May 27, 2022
Collaboration Leads the Way in Connecticut to New Extended Producer Responsibility Law for Management of Discarded Residential Gas Cylinders
May 27, 2022
An Uber-Style Service for Curbside Recycling
May 26, 2022
S&B Selected as Contractor for New Hope Energy’s Advanced Plastics Recycling Unit
May 26, 2022
Need to Know
brought to you by 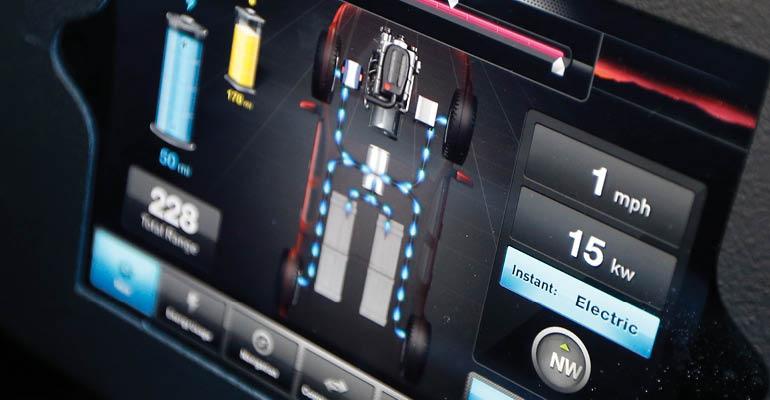 In separate pilot projects, the California cities of Los Angeles and Sacramento are experimenting with two different electric refuse trucks.

In Los Angeles, BYD completed a battery-electric refuse truck demonstration project with the Los Angeles Sanitation (LASAN) department and Wayne Engineering. According to BYD, this demonstration logged more than 5,200 miles and drove up to 108 miles per day, with an average range of 99 miles.

LASAN ran a four-month pilot project with a class-six battery-electric refuse truck developed by BYD and Wayne Engineering. The demonstration began in January 2017, with the truck operating on the same real-world routes and variable terrain as LASAN’s regular trucks. The vehicle delivered up to four tons per day to the landfill, all on a single charge, with no major mechanical or performance issues.

“BYD set out to prove that our battery-electric refuse trucks reliably achieve 100 miles of range in everyday operating conditions, and we achieved that goal with a record-breaking 99 miles per charge over a four month timeframe,” Macy Neshati, senior vice president of BYD Heavy Industries, in a statement.

"As stewards of the environment, LASAN always looks forward to opportunities for testing and evaluation of new technologies that will help minimize our carbon footprints and other environmental impacts,” Ron Cole, fleet manager for the LASAN, said in a statement that, “We worked closely with BYD during the testing to ensure the electric vehicle met our operational requirements and the outcomes of the testing are satisfactory. This will pave the path for LASAN to move to zero emission collection fleet as part of Los Angeles Mayor Eric Garcetti's Sustainability plan."

Meanwhile, the City of Sacramento has agreed to use an all-electric automated left-side loader truck.

Powerd by Motiv Power Systems' All-Electric Powertrain, the Class-8 vehicle will be built on a Crane Carrier chassis, and the body will be built by Loadmaster. The City of Sacramento aims to run the ERV on residential and recycling routes and expects to save as much as 6,000 gallons of fuel per year.

"The City of Sacramento has a very proactive sustainability policy, showcased by being voted the #1 Government Green Fleet in North America in 2013. Reducing harmful vehicle emissions in the Sacramento region is a primary focus of our Sustainability Policy, and the most effective way to achieve that goal is to implement electric vehicles into our fleet," Mark Stevens, fleet manager for the City of Sacramento, said in a statement. "The City of Sacramento intends to prove that all-electric refuse trucks are the future of the industry, and we anticipate igniting that trend."

Sacramento specified that this ERV must meet the demanding requirements placed on all of its garbage trucks. This includes three routes per day to remove trash, recycling and green waste in a downtown Sacramento neighborhood. To supply enough electricity to move the truck and power the hydraulics all day, the ERV is equipped with 10 battery packs, expandable to 12 packs if needed for future route expansion. Using the Motiv Universal high power Charger, the ERV batteries will easily reach full charge overnight.

"The value of the City of Sacramento's zero-emission ERV goes beyond lower fuel and maintenance cost and strict payback," Motiv CEO Jim Castelaz said in a statement. "Reducing the amount of diesel-fueled refuse trucks in the city keeps communities safer from toxic diesel emissions."

"Electric refuse trucks are the future of urban transportation, proving their worth both economically and environmentally,” Al Michaud, national sales manager of Loadmaster, said in a statement. “We look forward to moving even more fleets to make the same green transition."