In 1991, McNeilus Truck & Manufacturing officially added refuse vehicles to its product lineup, entering the market with the PacStar rear loader.

In 1992, the McNeilus rear loader evolved into the Standard rear loader body style. The Heavy Duty and Extra Compaction rear loader models were added to the product lineup soon after, offering options with higher compaction and capacity.

The Manual Side Loader was introduced in 1993, the beginning of the McNeilus side loader product line.

The AutoReach side loader was launched in 1996, introducing an arm style that reaches side-to-side, as well as out.

The McNeilus front loader evolved into what it is today with the Atlantic Series Front Loader, built for heavy duty routes, debuting in 1999.

The Pacific Series Front Loader is introduced in 2000 as a lighter weight option to comply with stringent state weight laws.

The second generation of the AutoReach automated side loader in 2011 offers enhancements that improve the operator experience.

The Split Body rear loader is developed in 2012, specifically for dual-stream collection routes.

The Pacific Series Ultra front loader debuts in 2014, featuring engineering advancements that make it lighter and more durable than its predecessor. 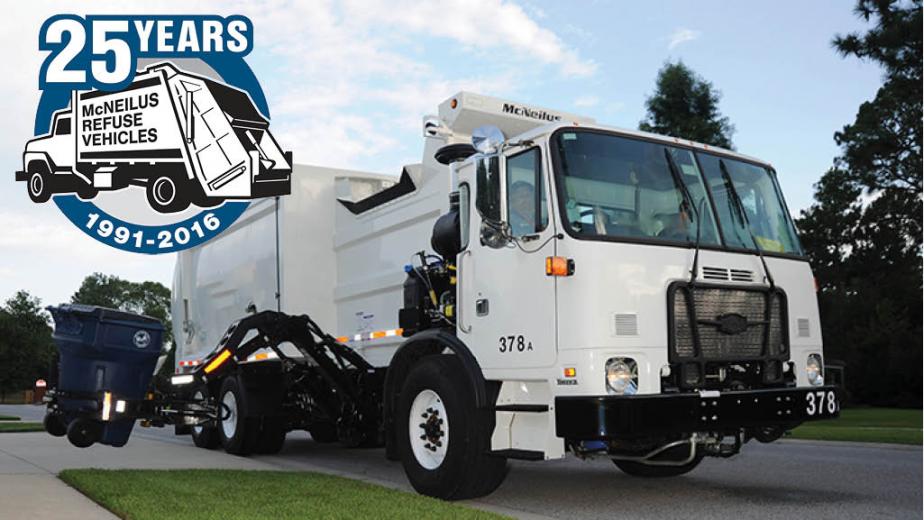