HomeFleets & TechnologyTrucksL.A. to Deploy Motiv’s Electric Refuse Truck
Recent
Machinex Upgrades West County Resource Recovery in California
May 27, 2022
EREF Hosts Record-Breaking Charitable Auction, Proceeds Directly Support Scholarships and Scientific Research
May 27, 2022
This Week in Waste: Top Stories May 23 - May 28
May 27, 2022
Landfill Emissions Measurement: What We Know, What We Need to Know
May 27, 2022
POLL
SWANA & Oceans Caucus Foundation Host Congressional Briefing on Recycling
May 27, 2022
Collaboration Leads the Way in Connecticut to New Extended Producer Responsibility Law for Management of Discarded Residential Gas Cylinders
May 27, 2022
An Uber-Style Service for Curbside Recycling
May 26, 2022
S&B Selected as Contractor for New Hope Energy’s Advanced Plastics Recycling Unit
May 26, 2022
Need to Know
brought to you by 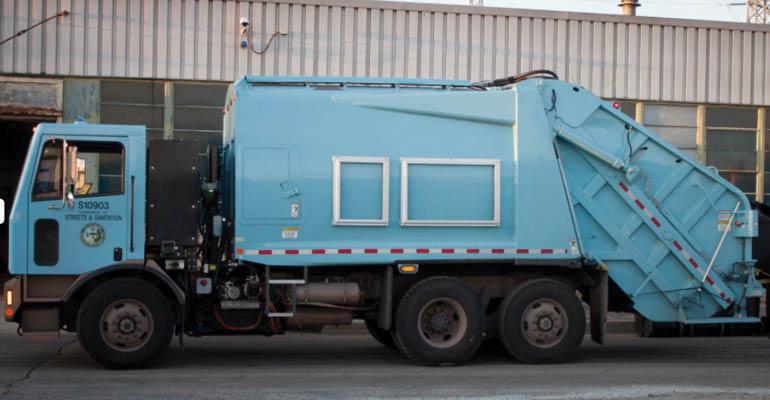 The trucks are also used in Chicago and Sacramento.

Motiv Power Systems has received an order for two battery-electric refuse trucks from the City of Los Angeles' Sanitation Department, making it the third metropolitan area in the United States that will utilize Motiv-powered, zero-emission refuse trucks, according to Government-Fleet.com.

The trucks are also used in Chicago and Sacramento.

The City of Chicago contracted with Motiv in 2012 to build up to 20 of these electric garbage trucks. They began operation in late 2014.

According to the company, its all-electric powertrain results in a zero-emission electric vehicle with the same capability as traditional diesel-powered vehicles without the noise or pollution typically associated with refuse trucks.

Earlier this summer, L.A. along with Wayne Engineering completed a pilot program using a different battery-electric refuse truck produced by BYD. LASAN ran a four-month pilot project with a class-six battery-electric refuse truck developed by BYD and Wayne Engineering. The demonstration began in January 2017, with the truck operating on the same real-world routes and variable terrain as LASAN’s regular trucks.