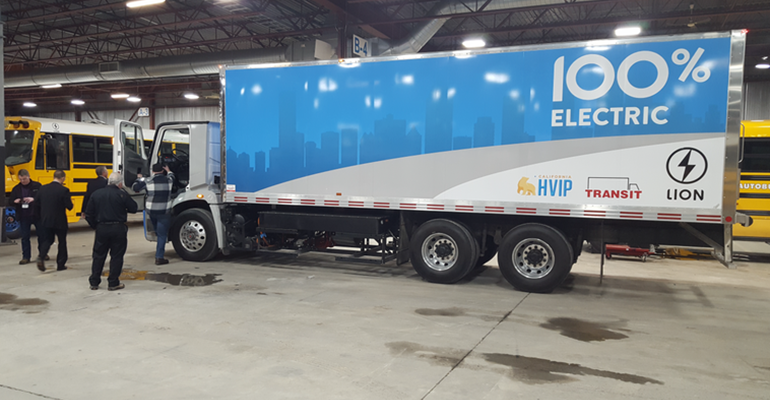 The company is expected to replace two diesel-powered waste trucks with Lion Electric Co’s electric trucks by the end of the year.

Ecomaine, which converts Maine’s trash into electricity, announced that it will replace its diesel waste hauling trucks with electric trucks fueled by incinerated household trash.

Ecomaine, a publicly owned waste-to-energy facility serving 70 Maine communities, is investing in electric waste-hauling trucks that will be fueled by incinerated household trash.

Portland-based ecomaine announced the move Monday, saying it will replace its two diesel-powered waste haulers with electric trucks by the end of this year. Ecomaine said it believes it is the first company in the U.S. to utilize a waste-hauling system that is powered entirely by its own waste-to-energy operations.

The operation manages waste disposal and recycling for member communities across the region. Household waste is incinerated and converted into electricity, which ecomaine sells and feeds onto the electric grid. The agency uses its fleet of trucks to haul some waste from the incinerator to a nearby landfill.