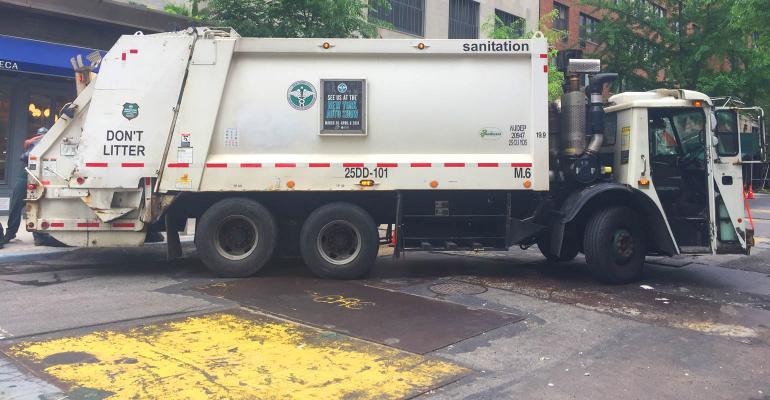 Neighbors are on high alert after a sanitation worker was threatened at knifepoint on October 11 at 2:10 a.m. on East 10th Street.

The City of New York Department of Sanitation (DSNY) has been parking five of its displaced garbage trucks along the streets of the East Village while the department searches for a new garage location.

At first, East Villagers raised concerns over the lack of parking along the streets, as well as the foul odor the trucks emit. Now, neighbors are on high alert after a sanitation worker was threatened at knifepoint on October 11 at 2:10 a.m. on East 10th Street.

Back in May, Mayor Bill de Blasio relocated trucks from Queens after residents complained there. He also announced a plan to build a new DSNY garage to replace the old one. However, residents in the East Village say he “has done nothing,” according to the New York Post.

First it was the foul odor. Now it’s fear of foul play.

East Village neighbors already rankled by the stink of the city parking garbage trucks along residential blocks worry they are sitting ducks for muggers.

Those fears were realized Oct. 11 when a Sanitation worker was threatened at knifepoint at 2:10 a.m. in front of hot spot Pinks at 242 East 10th Street. A 22-year-old Bronx man was charged with menacing and criminal possession of a weapon in the incident, cops said.