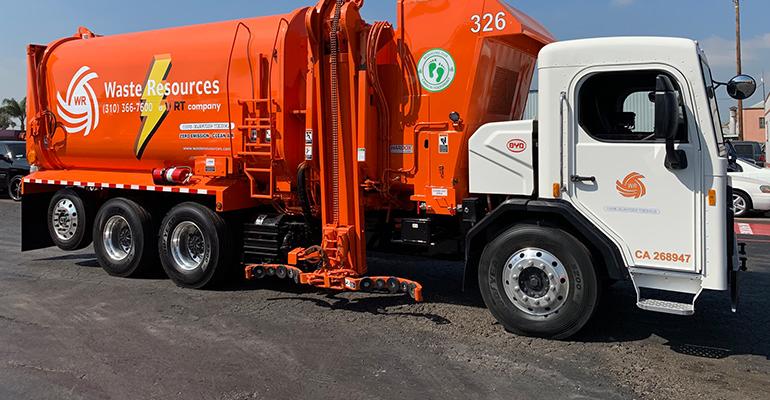 “As southern California finds itself amid air quality and climate crises, struggling with some of the dirtiest air in the nation, only zero emission technologies will allow us to reach our clean air and climate goals,” said Carlo De La Cruz, senior campaign representative of Sierra Club’s My Generation Campaign, in a statement. “With zero tailpipe emissions, electric refuse trucks can clean up our air and prevent further harm to our climate. Beyond their environmental and health benefits, electric refuse trucks are good business for the Los Angeles region.”

Earlier this week, the coalition kicked off its campaign by submitting letters to three cities in LA County: Culver City, Los Angeles and Santa Monica. In these letters, the coalition urges city leaders to commit to 100 percent zero emission refuse trucks in its city owned and operated fleet by 2035.

“The Los Angeles region has always been an environmental leader, pushing innovation and early adoption of vital clean vehicle technologies,” said Yasmine Agelidis, an associate attorney at Earthjustice, in a statement. “Our coalition is calling on cities in Los Angeles County to lead again by adopting a goal and plan to achieve a 100 percent zero emission municipal refuse truck fleet by 2035. Our city leaders have the opportunity to demonstrate their climate and clean air leadership by removing polluting fossil-fueled refuse trucks off our roads and bringing electric refuse trucks and clean air into our communities.”

The coalition unveiled its new campaign at the 33rd Annual Electrical Industry’s BBQ and Open House, hosted by the LA chapter of the National Electrical Contractors Association and the International Brotherhood of Electrical Workers Local Union No. 11.

“For the first time in history, we have the ability to drive our modern world forward with zero emission battery-electric refuse trucks,” said Hector Huezo, senior workforce equity coordinator at Jobs to Move America, in a statement. “The Los Angeles region can make a huge impact in accelerating U.S. adoption and supporting a sustainable electric refuse truck marketplace. When the health benefits of these zero emission trucks are combined with good jobs standards for those making trucks and installing charging infrastructure, we can create not only a cleaner and quieter community but further prosperity for those who need it most.”