HomeCollection & TransferTransfer StationsSouthwest Brooklyn Marine Transfer Station Opens in New York
Recent
Machinex Upgrades West County Resource Recovery in California
May 27, 2022
EREF Hosts Record-Breaking Charitable Auction, Proceeds Directly Support Scholarships and Scientific Research
May 27, 2022
This Week in Waste: Top Stories May 23 - May 28
May 27, 2022
Landfill Emissions Measurement: What We Know, What We Need to Know
May 27, 2022
POLL
SWANA & Oceans Caucus Foundation Host Congressional Briefing on Recycling
May 27, 2022
Collaboration Leads the Way in Connecticut to New Extended Producer Responsibility Law for Management of Discarded Residential Gas Cylinders
May 27, 2022
An Uber-Style Service for Curbside Recycling
May 26, 2022
S&B Selected as Contractor for New Hope Energy’s Advanced Plastics Recycling Unit
May 26, 2022
Need to Know
brought to you by 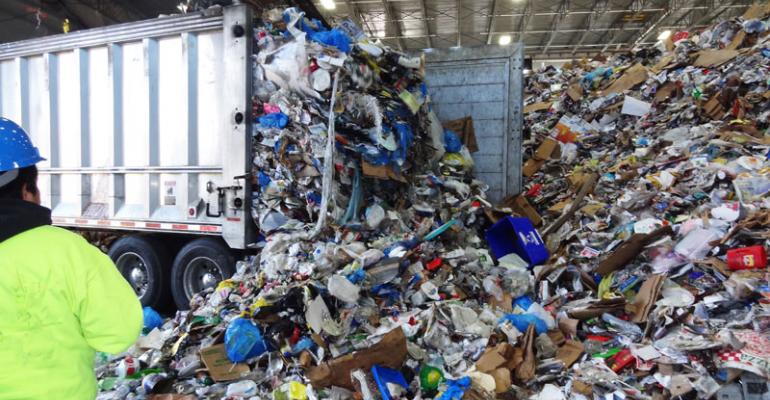 Opponents of the transfer station worry about the potential impacts on the safety and health of communities in the area.

The Southwest Brooklyn Marine Transfer Station, which has the capacity to accept 700 to 900 tons of garbage a day, opened earlier this month in New York.

Part of New York City’s Solid Waste Management Plan, the transfer station is expected to reduce truck traffic associated with waste export by more than 60 million miles per year, including more than 5 million miles in and around the city. It is also projected to reduce greenhouse gas emissions by 34,000 tons annually, the city estimates.

However, opponents to the transfer station have voiced concerns over the potential impacts on the safety and health of surrounding communities.

The facility has a capacity to accept 700-900 tons of garbage a day and is now the destination for waste from the surrounding Community Boards 11, 12, 13 and 15. All of it was previously headed to the facilities in Gowanus. From Southwest MTS the waste will travel in covered containers by barge to New Jersey, where it will be put on a train, as is the current practice at Hamilton MTS, which opened in September of 2017 and at 1600 ton daily capacity is twice the size.

Construction of Southwest MTS began in June 2014, and it was not without opposition or controversy.