A Shifting Focus on Climate Change 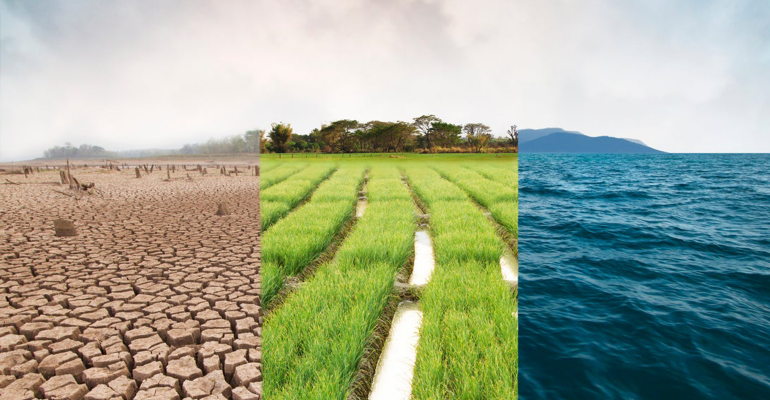 I recently attended an ESG conference for investors.  What an eye-opener! Most of the attendees were from the U.S, with a few from Canada and Europe.  During the first session of the morning, someone asked, perhaps rhetorically, why many Americans do not seem to be interested in climate change. It was a provocative start to the day; and the questioner had a valid point. Based on questions asked throughout the remainder of the conference, attendees seemed more interested in financial projections and performance than in the implications of climate change.

This is not the case everywhere. In fact, there are valid reasons why European countries, in particular, are more intently focused on climate change than we are in the U.S. Importantly, it is also clear that awareness and attention on climate action in the U.S. is increasing.  So – let’s explore the differences – and why attitudes are shifting related to climate change in the U.S.

Europe and the rest of the world.

Countries across the globe are faced with various combinations of finite usable landmass, finite resources and finite energy sources. In many instances, the needs of the population exceed the country’s own natural resources.  Such countries depend on food and energy imports, and often export or incinerate their waste and recyclables.

The European Union, for example, simply lacks sufficient natural resources to support its population. This has led to regulations and economic incentives designed to drive sustainable investments, and to modify both corporate and individual consumption patterns.  The high cost of energy and food in Europe are daily reminders of the impact of limited resources, which climate change threatens to exacerbate.

Other countries are burdened with similar scarcity scenarios: limited land for agriculture; limited natural resources; and/or a larger population than the country can support.  In fact, some countries are already feeling the effects of rising sea levels and increasing temperatures on their ability to grow crops. These visible reminders of the extreme consequences of changes in climate elevate awareness of individual vulnerability.

The United States. The U.S., on the other hand, is a land of plenty – and we also have geography on our side. Our geographic advantage was highlighted during a presentation by global economist, Peter Zeihan, at Waste Management’s 2015 Sustainability Forum.  Mr. Zeihan noted that Americans enjoy vast expanses of usable farmland and natural resources.

In his 2014 book The Accidental Superpower: The Next Generation of American Preeminence and the Coming Global Disorder, Mr. Zeihan devotes a chapter to the topic of climate change and why the U.S. is well positioned to adapt to global warming. This chapter highlights the impacts of rising sea levels, the effect of changing climate patterns on agricultural practices, and the role of mass movements of people due to hunger or rising sea level. According to Mr. Zeihan, while the U.S. will be impacted by each of these massive disruptions, we have the space, usable agricultural land, and the natural resources to adapt more resiliently than other countries.

However, our world is changing. Impacts associated with the changes in climate have been knocking on our door for years. Then in 2020, multiple, massive natural disasters blew the door right off its hinges.  Over the past year, the Southeastern U.S. suffered from more named hurricanes than ever before, more acres of land burned from wildfires in the Western U.S. than ever recorded, floods affected much of the Midwest while Phoenix, AZ set a new heat record with temperatures exceeding 110 degrees for more than 50 consecutive days.

Here’s the takeaway for me: It is not only the occurrence of these events,  but the fact that they significantly affected the daily lives of millions of Americans – and for many of us, this was our first personal experience with hardships associated with climate change. Climate change went from being an unseen, theoretical threat in most U.S. communities to wielding its wrath across large swathes of the country. In 2020, it became impossible to ignore the potential for the threat to our lifestyles – and even our lives -- associated with changes in our climate. And meaningful change begins with the recognition of this personal threat to our comfort level.

What does this mean for the waste industry?

Understanding and preparing for climate change is important to our customers and to the investment community since disasters such as storms, floods, extreme heat, drought and wildfires affect business operations and corporate profitability. There are a growing number of examples of companies that were not prepared for the impact of climate change, and whose customers and investors have suffered as a result.

The waste and recycling industry has decades of experience in preparing and responding to natural disasters. We’ve invested to slow the impacts of climate change by using renewable fuel, capturing landfill gas to create renewable energy, and advancing recycling technology, applications, acceptance and utilization. We must continue to invest and up our game proactively and pre-emptively if we are to reduce our environmental impact.

Much more will be expected of us as the attention in the U.S. shifts to climate. Fortunately, we are well-positioned to respond and support efforts to mitigate the impacts of climate change.

Ironically, despite our late response to the threat of climate change, the U.S. is capable of achieving the goals established by the Paris Climate Accord (Peter Zeihan, WM Sustainability Forum 2020).  Our many options for renewable energy, our ingenuity, and our technology investments will all help us reduce our greenhouse gas emissions. The waste and recycling industry must also play a role by continuing to invest in cleaner fuel for our fleets and landfill investments that create more renewable energy. We’ve already reduced emissions significantly – and we must do more to elevate our efforts, ensuring that mitigating climate change tops our priority list and our sustainability mandate.