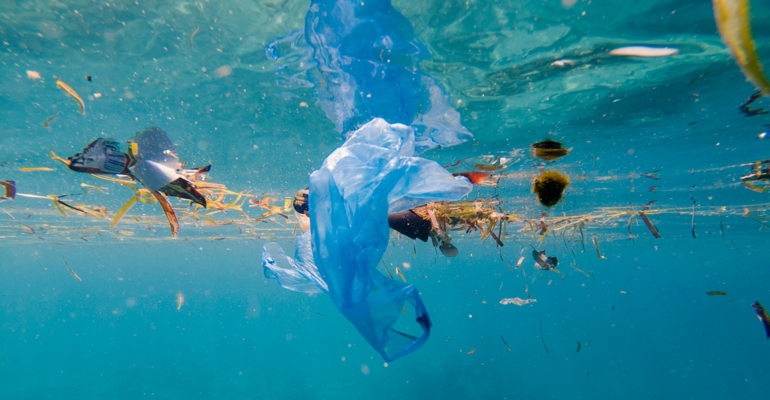 A Randolph, New Jersey-based distributor is partnering with an artificial grass company to bring synthetic turf fields that reduce harsh chemicals and combine triple-fiber woven turf and a non-rubber infill that are recyclable.

Elite Turf, the distribution and installation partner of artificial grass company Act Global, has introduced the POWER System partially made from recycled ocean plastic as an alternative to synthetic turf fields.

“Elite Turf is powered by Act Global. We are a sales and marketing arm representing and distributing their woven recyclable products. We have exclusive distribution of the woven recyclable turf in the United States,” says Greg Adams, vice president of Sales and Marketing for Elite Turf.

Previously only available in Europe, the POWER System does not contain a polyurethane backing, making it 100% recyclable at end of life and reduces disposal costs. It also provides an infill that is better for the environment. Derived from up to 40,000 pounds of ocean plastic, the patent-pending infill can remove 1.8 million bottles from the ocean per field.

“Ocean plastic is used to create the ThermoPlastic Elastomer (TPE) infill that is spread on top of the turf, replacing the rubber crumb found in traditional turf,” says Adams. “To date, we’ve installed two fields with the Parley TPE ocean plastic infill, removing 80,000 pounds of plastic, or 3.6 million plastic bottles from the ocean.”

The POWER System provides a playing surface for a variety of sports including soccer, football, baseball, rugby, and field hockey that is not only recyclable, but also enhances safety, playability and durability, according to Adams.

“The multi-layered turf system combines the recycled plastic, woven turf with the ProPlay pad Foundation, and the plastic infill to help absorb shock and reduce injury,” he says. “In combination, the pad and infill create a softer surface without creating too much vertical deformation which leads to quicker athlete fatigue. The plastic infill, replacing the rubber crumb infill found in other turfs, offers a drastically lower surface temperature than the rubber, keeping the field cooler in extreme heat for athletes.”

Over the past 20 years, the social and market drivers for greater turf innovation related to environmental, sustainability and player safety factors have significantly increased, says Adams.

“Athletic facilities, public and private institutions, and athletes and their families can now rest easy knowing that they’re investing and playing on a completely recyclable turf product that’s safer for the environment, safer for the player, and performs better,” he says.

Act Global has supplied its Xtreme Turf to thousands of fields spanning more than 90 countries, including FIFA Quality certified pitches, and being a preferred supplier to United Soccer League, World Rugby and International Hockey Federation. Its existing turf brand also can be found at practice facilities for the Pittsburgh Steelers, Chicago Bears, Arizona Cardinals, and the U.S. Bank Stadium which hosts the Minnesota Vikings.

“We are very excited to partner with Elite Turf and its management team,” said Act Global CEO John Baize in a statement. “Our combined strengths will deliver premium synthetic turf systems that are built with both the players and planet in mind. Our Xtreme Turf with Elite Turf’s POWER approach makes an excellent choice for communities and clubs alike.”

“Next year, our target goal is to install 50 fields which would equate to removing two million pounds of plastic next year,” he says.