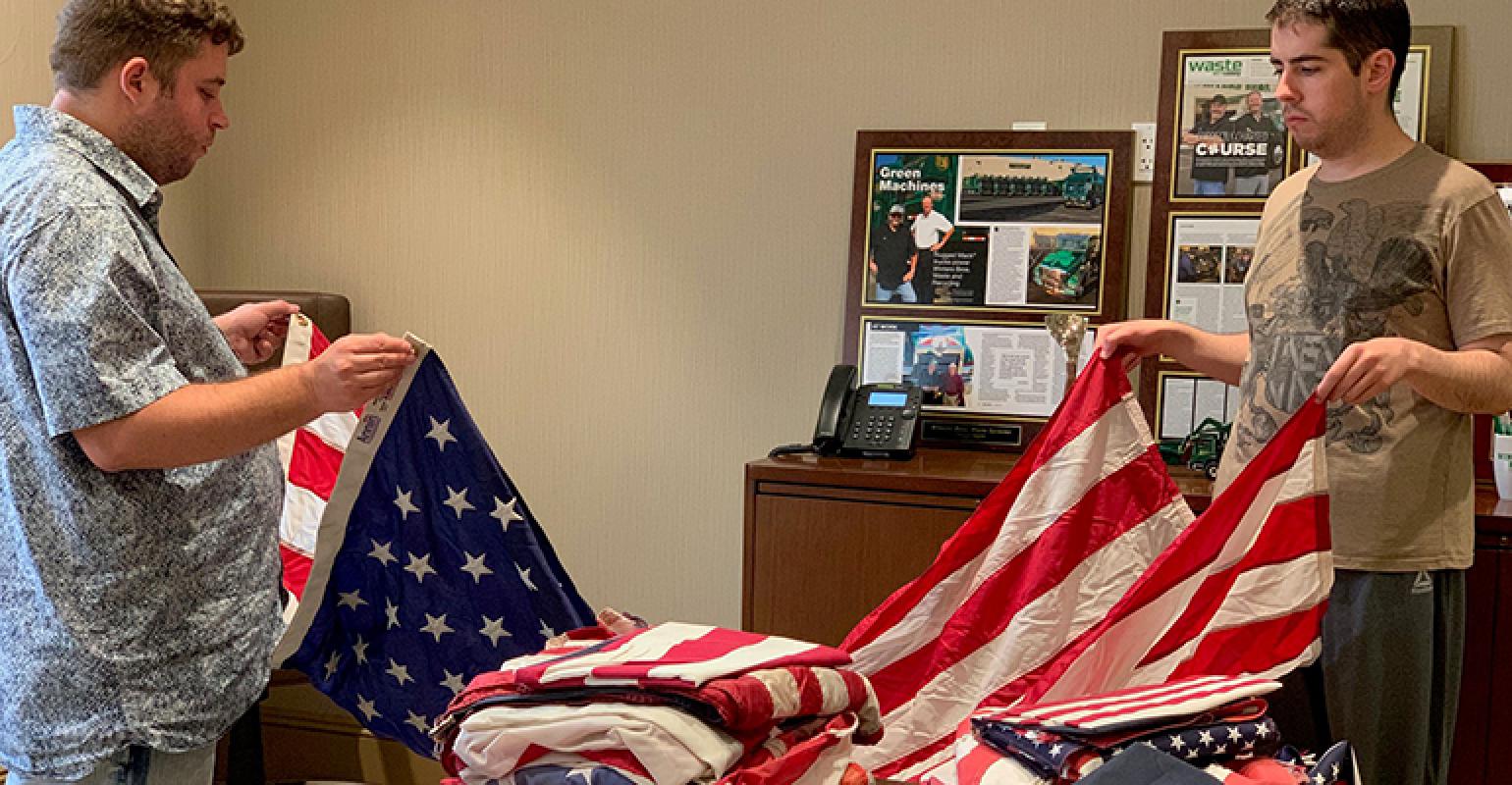 Winters Bros.: Retire Worn U.S. Flags with Respect, Not in the Trash

Winters Bros. has developed a program to recover and properly retire U.S. flags that were improperly discarded in the trash.

Summer is right around the corner, and as people look forward to barbecues, beaches and fireworks, they will no doubt be producing more trash and recycling.

But when people think of items that are regularly thrown away or recycled, the American flag doesn’t often come to mind. That’s because people hang them proudly and the thought of throwing them in the garbage bin (or even the recycling bin) would feel unpatriotic.

“With Flag Day on June 14, it is a good time for businesses and homeowners to inspect their flags,” said Will Flower, vice president at Winters Bros. Waste Systems, in a statement. “Flags can be washed or repaired to make sure they are clean and not torn. If a flag is beyond repair, it should be properly retired.”

According to the U.S. Flag Code, any American flag that is worn, damaged or tattered beyond repair should be disposed of in a respectful and dignified manner. Throwing your flag in the trash is not an option. Washing or repairing it is an option as long as it meets certain standards.

Winters Bros. has a program to recover and properly retire U.S. flags that were improperly discarded in the trash.

“When a driver sees a flag in the trash, he or she will safely recover the flag and bring it to our dispatch,” added Flower. “Flags that are recovered are collected and given to a Boy Scout Troop for a proper flag retirement ceremony.”

If a flag is dirty or dingy, washing it may save it from early retirement. Washing flags is not prohibited and, in fact, washing a flag on a regular basis can prolong its life. Most outdoor flags can be hand washed with a mild laundry detergent and left to air dry. Flags also can be dry-cleaned. It is also acceptable to make minor repairs to a damaged flag. Repairs should not be conspicuous, and dimensions of the flag should not be noticeably altered. Flags with large tears or excessive fraying should be retired.

If a flag is no longer serviceable, the preferred method of disposal is in a formal flag retirement ceremony where the flag is incinerated. It is also acceptable for individuals to seal an old flag in a box or bag and bury or burn it in a respectful ceremony. Flag Day (June 14) is a popular date for many service organizations, including the American Legion and Boy Scouts, to collect worn flags and conduct flag retirement ceremonies.