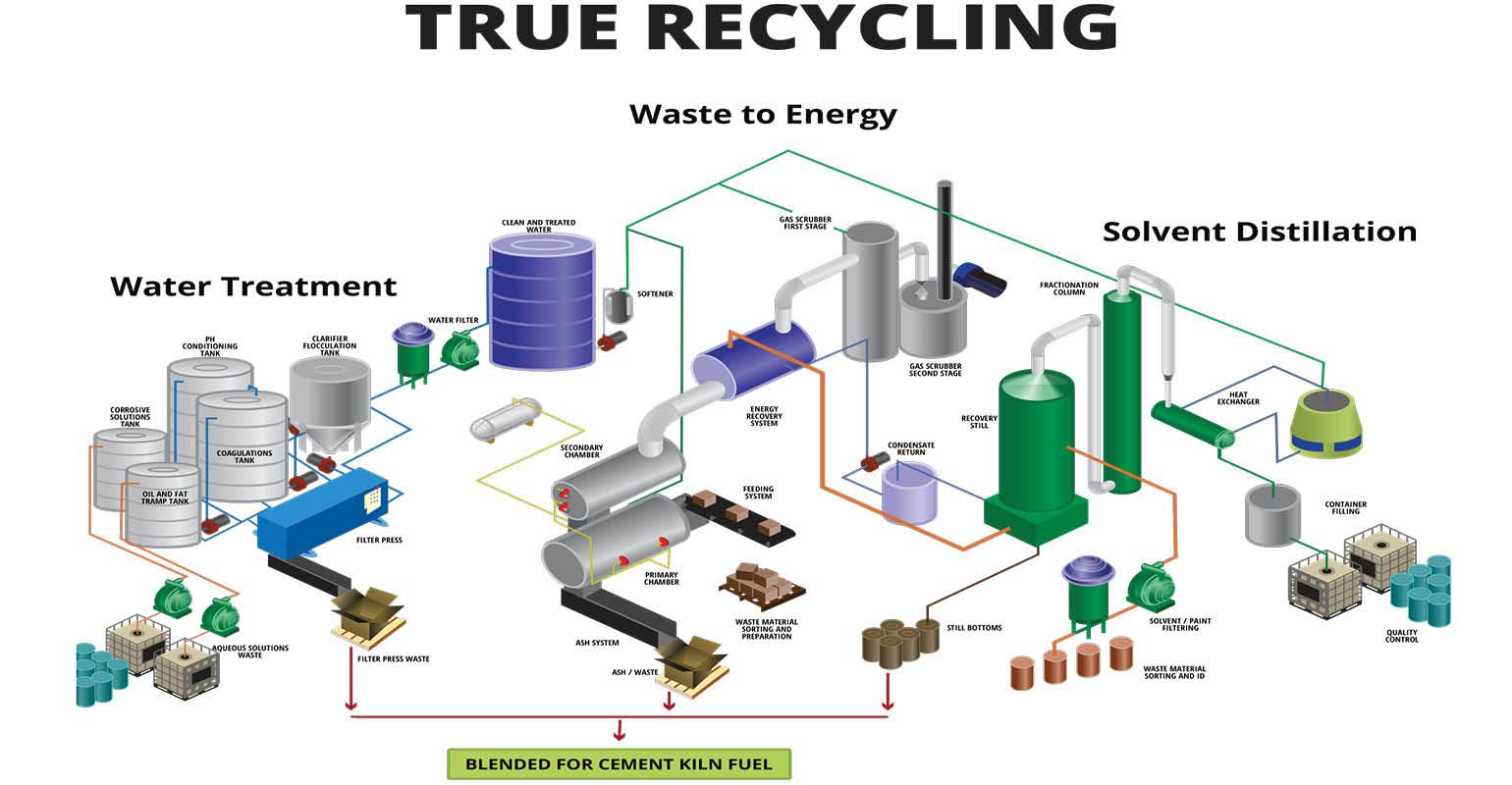 PolyPeptide, a synthesizer of protein building blocks used in pharmaceuticals, generates a lot of solvent waste that, until recently¸ was sent from San Diego to Arkansas for disposal.

That 2,500-mile haul generated a lot of cost and emissions. When the solvent waste reached its destination, some of it was blended and used as fuel, but the rest was incinerated.

The manufacturer is doing business differently now, cutting its cost and carbon footprint. The change in operations has also resulted in a higher use for the liquid materials than fuel.

The spent solvents are managed by Temarry Recycling, exporters and processors of hazardous wastes, whose brokers pick it up from generators, and Temarry picks it up from there. The company runs PolyPeptide’s waste through a distillation process so it can be used again as solvent. After its second life, it continues to be distilled and reused. What can’t be distilled is used in cement manufacturing.

“All of our waste is being repurposed one way or another, with none being incinerated.  And we went from trucking this heavy liquid across the country to transporting it just 70 miles, which is a tremendous savings from a sustainability and money standpoint,” says Michael Moran, chemical hygiene officer for PolyPeptide Laboratory, based in San Diego.

It incorporates its distillation process for spent solvents, which are placed in a recovery still. Heat is applied, and the spent solvents are vaporized and converted back to liquid. That liquid is pure solvent that goes into a container, ready to re-enter the market, explains Larry Burton, director of business development for Temarry Recycling.

The approach is different for solids, which are burned to leverage a thermal process. The resulting heat powers a boiler, which creates steam that powers the recovery stills.

“We use one process that generates energy in the form of steam while reducing or eliminating hazardous wastes. Then, the steam is used onsite for another process. One process benefits the next one,” says Burton.

Temarry also runs an onsite water treatment facility to manage water-based wastes. The company uses 2,000 to 3,000 gallons of water a day for various production processes. It removes solids from the water to make it industrial-grade clean, then the water is used to cool down and neutralize gases.

The company is now generating enough steam to power all of its electrical needs at its processing site in Mexico.

Temarry’s volume of exported waste has grown in four years from five truckloads a week to about 25 a week. Some clients include a large electric car manufacturer located in Fremont, Calif., Sally Beauty Supply, US Ecology and Stericycle.

While recycling hazardous waste has recognized benefits, including reducing consumption of raw materials and reducing waste that requires treatment and disposal, the U.S. Environmental Protection Agency (EPA) warns that improper storage could cause spills, leaks, fires and contamination of soil and drinking water and that many hazardous waste recycling operations have the potential to be responsible for these and other health and environmental hazards. In an attempt to prevent such hazards, the EPA developed regulations specifically around these materials.

Of Temarry’s process, Burton says, “We inspect all incoming waste when received to confirm it matches the generator’s manifest, so we know what we are dealing with and that we can process it safely and effectively. Nothing goes through a secondary site. It’s all recycled within 30 days, reducing potential safety risks from not processing it quickly.”

Temarry has done the math to show environmental benefits, as well as economic ones.

“If you are going to Arkansas from Los Angeles with blended solvents, you’d use 270 gallons of diesel and create 747 kilograms of carbon,” says Burton.

Further, he says, “When it’s processed through fuel blending then shipped to be burned as fuel, it’s recycling, which is all good. But there’s a high carbon footprint, not only from transportation if you ship far, but from the process to blend the fuel then burn it. With this process, solvents can be recovered and sold back into industry for reuse close to their original form, eliminating the need for costly disposal or less-efficient fuel blending. And each time it’s spent, it comes back to us to be redistilled. It’s a continuous, closed loop system.”