Space Waste and Sustainability: Who is Working to Keep Earth's Orbit Clean 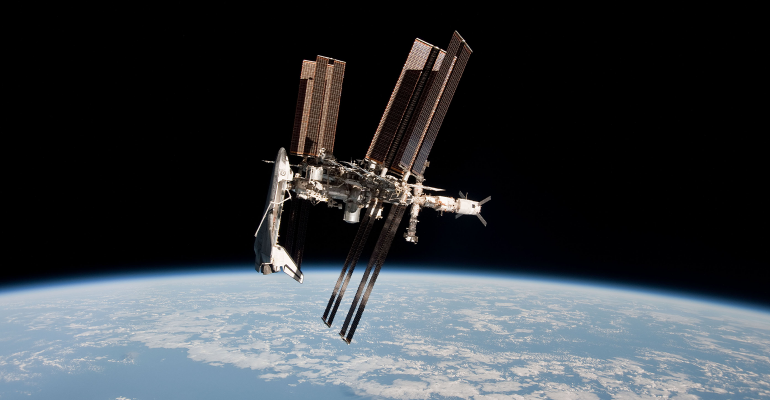 Space often is described as a final frontier, the ultimate unknown, something just at the precipice of being explored.

So, why are humans so enthralled with something so far out of reach? The answers scientists and researchers have discovered have benefitted the planet.

"Why space?" asked Ian Christiansen, director of private sector programs, Secure World Foundation. "Space inspires. Space is also important for the societal applications and benefits that it provides to us - services like weather satellites or communications, navigation. All of these things rely on or use satellite infrastructure in one way or another. Research and information from space informs our solutions and knowledge of societal problems such as climate change and disaster management."

In a recent virtual event, Christiansen and Chris Blackerby, group COO, Astroscale, spoke about the implications of space exploration and the waste it creates.

Space is a massive industry that provides crucial infrastructure for Earth such as broadband communications in rural and remote areas to climate monitoring to weather forecasting. The global space economy is estimated to be between $370 billion and $410 billion dollars.

The budget encompasses government space budgets and commercial human space flight, research, satellite services and ground equipment. The ISS International Space Station has been in operation for nearly 21 years, and governance in space is based on principles in 1967 under the Outer Space Treaty.

Christensen said that there are "just under" 100 countries that have operated or are currently operating satellites while only 12 have demonstrated the capability to launch a spacewalk. The number of satellites launching into space has increasing drastically, led by further efforts to increase telecommunications and exploration. While the United States leads with more than 2,500 satelites launched, Elon Musk-owned SpaceX has contributed more than 1,600 satellites into orbit.

"Just as recently as five years ago, that number was significantly less," Christensen said. "We see very much looks like an exponential growth rate in the number of satellites currently operating, and that number is only expected to go up. We see plans announced for constellations of satellites numbering in the hundreds to 1000s and several of these constellations which may over the next decade or so."

This might total another 50,000 to 100,000 satellites, which will cause a "very fundamental change in nature" as the landscape shifts from a government domain to a commercial domain. And satellites aren't the only objects making their way around the Earth. Christensen pointed to stats from the European Space Agency, which currently estimates there are 36,500 objects that are greater than 10 centimeters in diameter.

The rules governing the disposal and maintenance of all of these objects that essentially become space debris were developed during a time when everything was less complex from an operational perspective. These rules, however, function as guidelines or best practices rather than contractual requirements when it comes to decommissioning and removing objects.

"That rule essentially says that within 25 years at the end of your mission, you should even deorbit that spacecraft, or if you're in a particular high orbit geostationary orbit, you should move to a graveyard orbit out of the active belts of usage," Christensen said. "There's a lot of question whether that rule is sufficient."

Because of the increasingly complex nature of space exploration today, these rules need to modified to account for more specific population and legacy objects such as rocket bodies and satellites.

"We also have to deal with mitigation of existing debris populations," he said.

Blackerby continued the conversation, saying, "one thing I want to ground set with everyone is this recognition that the orbital environment is just another natural resource. The same way that we need to protect our oceans and our air and our rivers and mountains, and environmental aspects, we need to protect space because we are so heavily reliant on it. The amount of utilization that is happening in space, and what's going to continue to happen. It's hard to comprehend."

The reliance on space technology is growing and it affects nearly every aspect in a person's day-to-day life from communications to banking to weather to long-term issues such as disaster monitoring and climate change.

The estimated 4,600 satellites in orbit combined with the more sheer number of objects in space poses risks to all of these systems and are essentially unsustainable at the current growth rate.

"We need more space environment management just like road traffic management," Blackerby said. "You need legislation and rules like norms and best practices like we have traffic and motor vehicle acts on the ground. We need operations and monitoring so we can understand what's happening on the highway. We need to understand what's happening in space in all of these different orbits. We have it, but it's not holistic. It's not comprehensive. And then we need servicing."