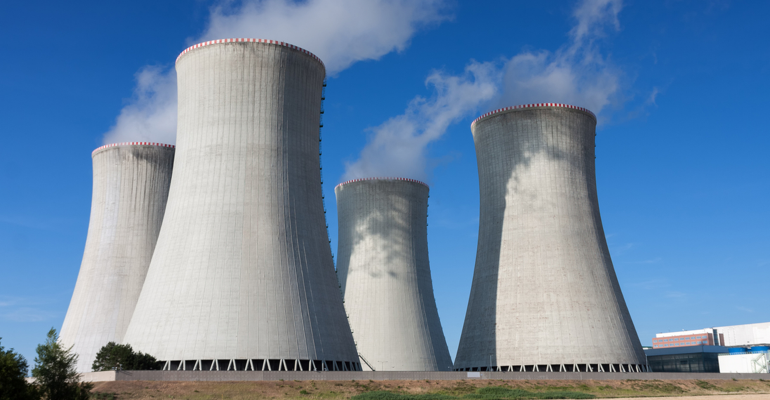 Deep Isolation, a Berkeley, Calif.-based clean tech startup company, aims to solve one of the world's most pressing environmental problems -- the permanent disposal of approximately 490,000 metric tons of radioactive spent fuel that is being temporarily stored at hundreds of sites worldwide.

Founded in 2016 by Liz and Rich Muller, Deep Isolation’s technology leverages modern directional drilling to permanently put this hazardous waste in horizontal drill holes deep underground. To date none of this spent nuclear fuel has been put into a permanent disposal facility despite the fact that there is global scientific consensus that a deep geologic repository is the best place for it.

Waste360: How much nuclear waste is being stored in the U.S.? Worldwide?

Rod Baltzer: There are different classifications of nuclear waste. In the U.S. the most radioactive material comes in the form of spent nuclear fuel, of which there are 70,000 metric tons, an amount expected to double, according to the Department of Energy, as currently operating plants continue to generate waste. In the U.S., 1-in-3 people live within 50 miles of a spent nuclear fuel storage site. Our analysis shows that the total amount worldwide is more than 490,000 metric tons and growing every year.

Waste360: How is it being stored and where?

Rod Baltzer: Spent nuclear fuel is stored either in cooling pools or in dry storage casks at or near the nuclear power plants where it is generated. High-level radioactive defense waste, of which there is 90 million gallons, according to the DOE, is stored at DOE sites: the Hanford site, Savannah River Site, Idaho National Laboratory and West Valley Demonstration Site in New York.

Waste360: How is Deep Isolation aiding in the permanent disposal of approximately 490,000 metric tons of radioactive spent fuel that is being temporarily stored at hundreds of sites worldwide?

Rod Baltzer: Deep Isolation is the first company to, through a unique public-private partnership model, offer its customers a clear path forward to dispose of nuclear waste in deep horizontal boreholes. Via relationships with industry leaders such as NAC International, Bechtel, and Schlumberger, we are working with governments, stakeholders and organizations worldwide to study how our solution could be applied to their individual needs.

Via our international office based in London, we are in talks with multiple governments in the European, Middle East and Asian nuclear waste markets about how our solution might work for them.

Earlier this year we published calculations of the safety of our solution, demonstrating to community members, scientists and potential customers how the waste is safely isolated from the surface and answering many questions about how our solution will work.

This groundbreaking report, titled “Spent Nuclear Fuel Disposal in a Deep Horizontal Drillhole Repository Sited in Shale: Numerical Simulations in Support of a Generic Post-Closure Safety Analysis,” was published in an independent scientific peer reviewed journal and attracted more than 180 attendees to domestic and international webinars where our scientists explained the results.

Waste360: What is the technology behind your process?

Rod Baltzer: Our process leverages directional drilling techniques that have been continuously improved by the oil and gas industry over the past 20 years. This technology allows us to place canisters containing nuclear waste deep underground, below aquifers, into narrow horizontal boreholes, where the canisters can safely decay for thousands of years far beneath the surface in rock that has been stable for millions of years. Our patented design eliminates the need for humans to go underground and stores waste in a more efficient, compact, and cost-effective way.

Waste360: What is your first non-government contract?

Rod Baltzer: We expect to complete this fall our first non-governmental contract. It’s a collaboration with the Electric Power Research Institute (EPRI), Southern Company and others that includes an in-depth analysis of how we would implement horizontal borehole technology for the siting of advanced nuclear energy systems.

Rod Baltzer: We believe this study advances our company’s mission to safely dispose of nuclear waste in the near future. Doing so would provide a model and proof of concept that the “next generation” nuclear power industry is willing to plan ahead for the back-end of the fuel cycle.

It also proves the market-fit of our solution and business model as we're being recognized as being a crucial partner for the next generation of nuclear reactors. Our hope is that other companies developing next-generation reactors will also plan for disposal long before it’s time for implementation.

Waste360: How will this help the environment?

Rod Baltzer: Disposing of nuclear waste deep underground protects human health and the environment because it removes the threat to our biosphere. The depth at which we dispose of the waste and under a billion tons of rock provides the best assurance for protection.

Our initial safety models also show that in the rare instance of a catastrophic event, the amount of radionuclides that potentially could reach the surface would not pose any public threat because the horizontal repository, the canister alloy, and the rock above it work as a redundant combination of protective barriers even under extreme conditions such as an earthquake.

Because our solution is compact and can be located where the nuclear waste is generated, we can minimize the need to transport it.

Waste360: How does this benefit the waste and recycling industry?

Rod Baltzer: Right now the nuclear industry doesn’t have a permanent disposition strategy for this waste, so having a solution for disposal will help resolve the 490K metric tons in temporary storage and provide a solution for the waste that’s being generated now and in the future. The direct benefit is that, by using a solution like what Deep Isolation is suggesting, the waste can be properly and securely disposed of. Spent nuclear fuel is reprocessed internationally, but we do not have a policy domestically.

We believe we have the technology to do this, the processes to implement it, the team of experts and advisors to make it happen, and the willpower to get it done. We are trying to learn from the industry’s past mistakes and draw upon the best lessons for creating success. We cannot leave this legacy to future generations.