HomeCollection & TransferSpecial Waste24,000 Tons of Trash Left Behind at DAPL Protest Camp
Recent
Machinex Upgrades West County Resource Recovery in California
May 27, 2022
EREF Hosts Record-Breaking Charitable Auction, Proceeds Directly Support Scholarships and Scientific Research
May 27, 2022
This Week in Waste: Top Stories May 23 - May 28
May 27, 2022
Landfill Emissions Measurement: What We Know, What We Need to Know
May 27, 2022
POLL
SWANA & Oceans Caucus Foundation Host Congressional Briefing on Recycling
May 27, 2022
Collaboration Leads the Way in Connecticut to New Extended Producer Responsibility Law for Management of Discarded Residential Gas Cylinders
May 27, 2022
An Uber-Style Service for Curbside Recycling
May 26, 2022
S&B Selected as Contractor for New Hope Energy’s Advanced Plastics Recycling Unit
May 26, 2022
Need to Know
brought to you by

24,000 Tons of Trash Left Behind at DAPL Protest Camp 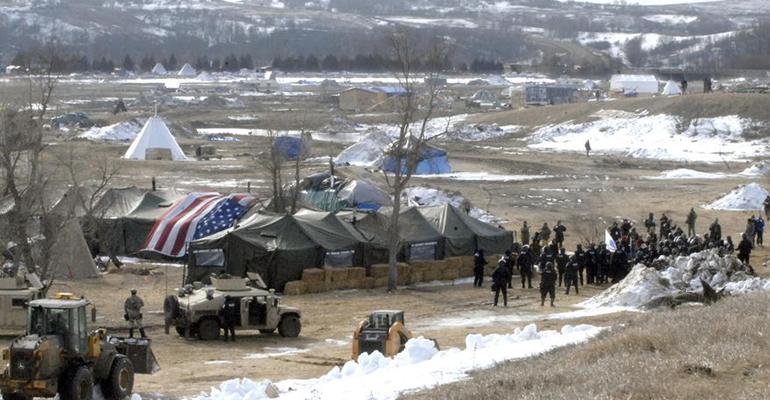 The North Dakota Department of Emergency Services has announced that the cleanup of the site cost $1 million and 24,000 tons of trash was removed from the site.

Now, a month later, the North Dakota Department of Emergency Services has announced that the cleanup of the site cost $1 million and 24,000 tons of trash was removed from the site.

The New American has more information:

So much for “environmentalists” really caring about the environment.

The North Dakota Department of Emergency Services (DES) said on Tuesday that a Florida-based clean-up company it hired to clear trash, waste, and debris from the Oceti Sakowin camp protesting the Dakota Access Pipeline has already run up a bill of $1 million after hauling away from the site 24,000 tons of trash, garbage, rotting food, tents, teepees, sleeping bags, dozens of empty propane tanks, human excrement, and several automobiles. They also left behind two dogs and six puppies, apparently abandoned.