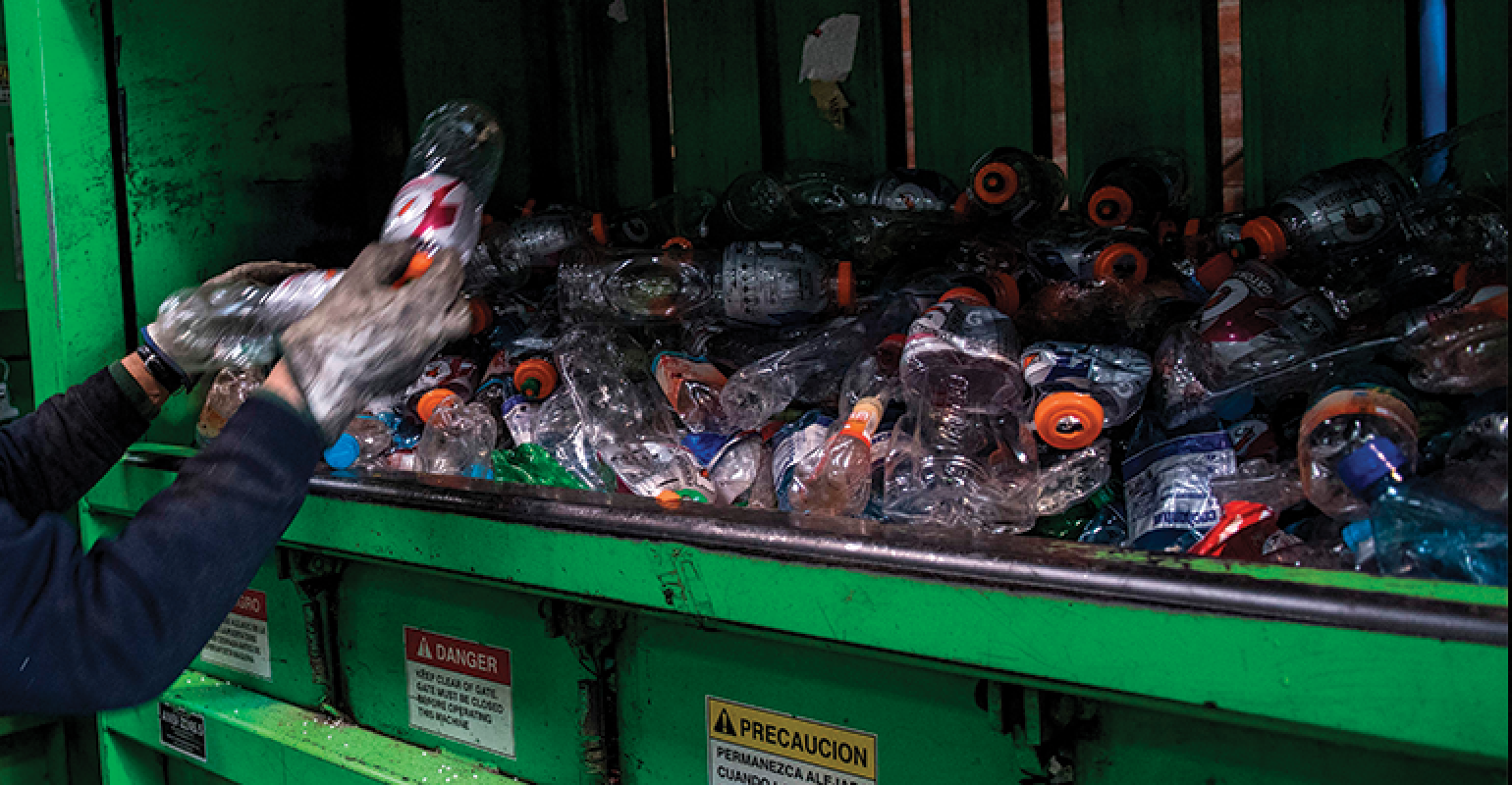 Collection teams are tagging contaminated recyclables with OOPS labels and refusing to pick up materials if residents don’t sort them properly.

Once curbside trash and recyclables are picked up, Americans likely don’t think twice about their materials or where they go. But much of what is collected as recyclable material is contaminated with plastic bags, thin plastic film and dirty pizza boxes that won’t get a second life.

And now that China is no longer a viable end market for materials, waste and recycling collectors in Atlanta and some other cities across the U.S. are refusing to pick up recyclables if residents don’t sort them properly.

Bloomberg reports that in Atlanta, “Feet on the Street” teams are tagging contaminated recyclables with OOPS labels and illustrations that include the most common contaminants, like plastic bags. Labels also tell recycling trucks not to pick up, forcing residents to either fix the problem or sacrifice service.

The early morning sky above Atlanta is still black, but a team of recycling inspectors is up and moving along Nacoochee Drive ruthlessly assessing the discarding habits of the residents.

The team gingerly tips one of the 96-gallon blue recycling pails placed curbside and eyeballs its contents. There’s folded cardboard, a few aluminum soda cans, and several empty milk jugs, but also a plastic bread bag and a ripped-open packet for mozzarella sticks. The team makes an instant call: reject.