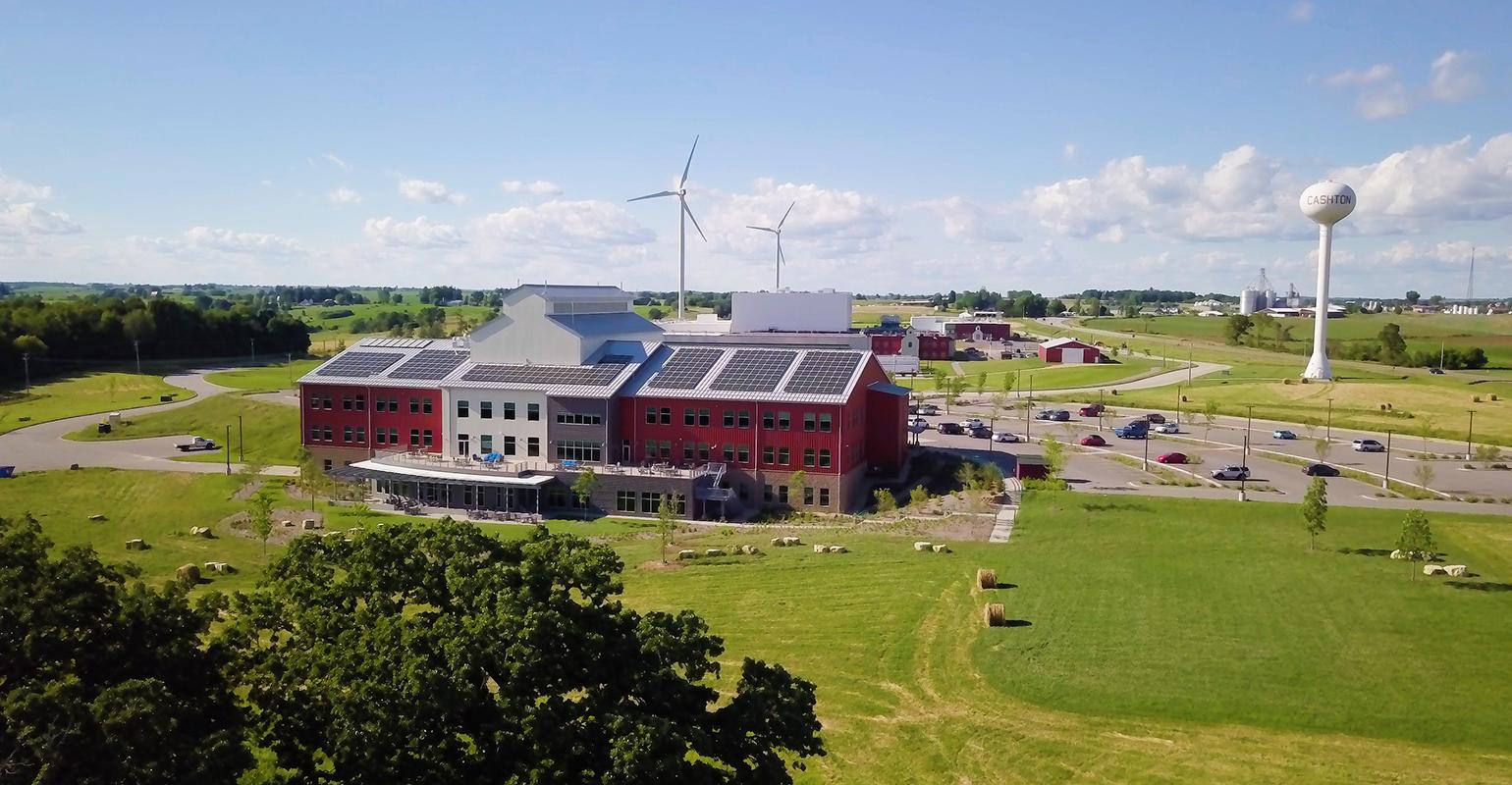 Thirteen Midwest communities are expected to benefit from 31 megawatts of the company’s new solar project.

Organic Valley, a cooperative of organic farmers, just announced the details of the community solar partnership it launched last year. The project enables Organic Valley to share the benefits of solar energy with its rural neighbors and become the largest food company to be 100 percent renewably powered, according to the company.

In October 2017, Organic Valley committed to achieve 100 percent renewable power at its corporate facilities. In addition, 13 communities across the Midwest will benefit from this partnership, including six in Organic Valley's project portfolio. Beyond Organic Valley's 12.3-megawatt (MWdc) project portfolio, an additional 19 MWdc will be constructed, resulting in more than 31 MWdc of new solar in the region, including a 33 percent increase in the state of Wisconsin. Partners for the remaining renewable energy credits will be announced later this year.

The six communities within Organic Valley's portfolio that will benefit directly from the community solar partnership include Arcadia, Cashton, La Farge, Merrillan and Viola in Wisconsin; and St. Charles in Minnesota. When the projects begin generating power next year, the Arcadia array, sized at 6.78 MW, will be the largest solar array in Wisconsin, noted the company.

"Organic Valley is a farmer-owned cooperative with deep roots in the rural Midwest, so it makes sense that we would work together to create new sources of energy right here at home that can be shared by all," said George Siemon, CEO and a founding farmer of Organic Valley, in a statement. "We are committed to achieving 100 percent renewable electricity for our cooperative, but also sharing the bounty of solar electricity with rural communities where we live and work."

Dr. Bronner's, a natural brand of soap in North America, approached Organic Valley to participate in the community solar partnership and reduce its own carbon footprint. As such, Dr. Bronner's has committed to purchasing renewable energy credits (RECs) from another project to be built in Lanesboro, Minn., allowing it to become 100 percent renewably powered.

"Dr. Bronner's is committed to reducing its carbon footprint, from supporting regenerative agriculture to pioneering post-consumer waste packaging to using solar power at our headquarters," said Dr. Bronner's Cosmic Engagement Officer David Bronner in a statement. "Joining Organic Valley and purchasing RECs from its community solar partnership is one more way to move forward in this direction and to honor the Paris Climate Agreement and Spaceship Earth."

Organic Valley is a founding member of the Climate Collaborative, an organic industry trade group that convenes businesses to take action and work collaboratively to reverse climate change. In March 2018, Organic Valley received an inaugural National Co+op Grocers Award for innovation and commitment to reducing emissions.