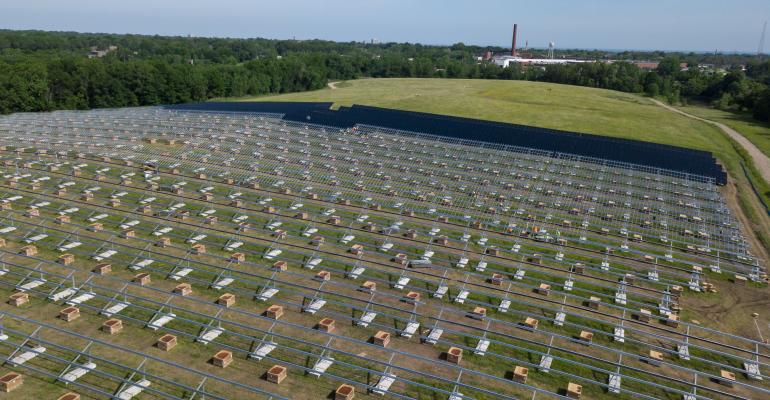 The 35,520-panel system will produce 4 megawatts on 17 acres of the now closed Brooklyn landfill in Cuyahoga County.

Ohio’s first solar array system built on a landfill is slated for an August ribbon-cutting. Developed by Columbus-based IGS Solar with law firm McDonald Hopkins, the 35,520-panel system will produce 4 megawatts on 17 acres of the now closed Brooklyn landfill in Cuyahoga County. The electricity will be sold to Cleveland Public Power and utilized in 16 county buildings.

This first project, about to launch in Brooklyn, cost about $10 million, with the county's cost being $7.8 million in the form of energy purchasing. After six years, the county will have the option to buy out the system from IGS for fair market value, less than the amount of energy it has already bought from the system, says Mike Foley, Cuyahoga County director of sustainability.

Cuyahoga County prepaid for about $4 million of electricity, which helped pay for the construction of the project and covers about five to six years of electricity purchase.

Though this is the first project of its kind on an Ohio landfill, it is projected to be beneficial from both environmental and economic perspectives.

“The numbers penciled out for the county,” notes Foley. “We want to help facilitate more green energy into the grid. We had buildings that could be the off-taker of the power.”

The county could save as much as $3 million on utility bills over the next 25 years through the solar agreement, according to IGS.

“We are excited that we have utilized otherwise unproductive land to build a solar array on and within a municipality that can use the power within its grid. The county and the mayor of Brooklyn are extremely forward-thinking and were excited to work with us to get economic value from unused land,” says Patrick Smith, vice president of IGS Solar, adding the company will pursue other Ohio sites that are economically and environmentally feasible. 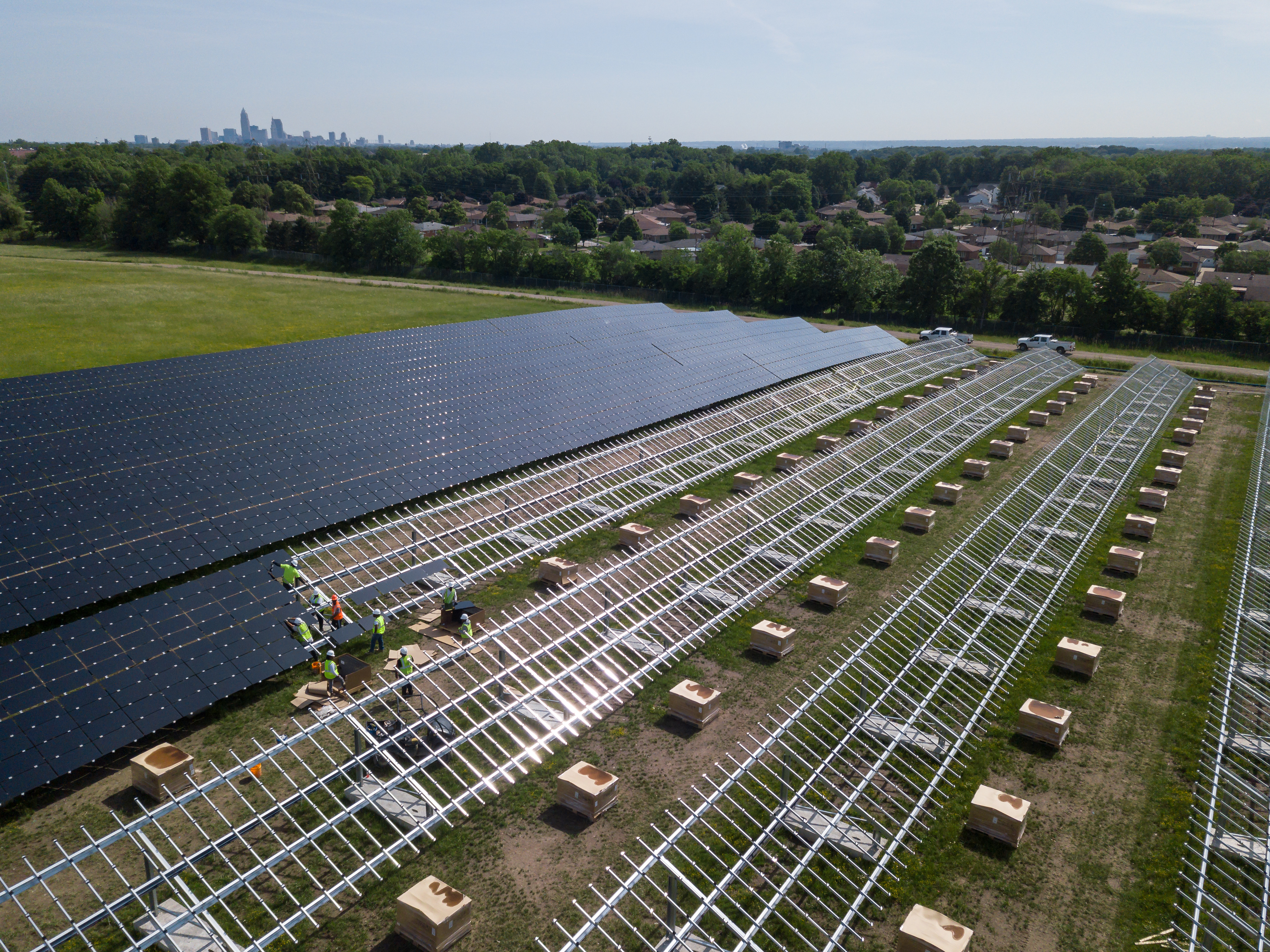 What made the Brooklyn landfill an ideal site, says Foley, was its close proximity to a Cleveland Public Power substation. In addition, the landfill was a closed municipal facility, belonging to the city of Brooklyn, so ownership wasn’t a big issue. The city was investing yearly on maintenance, while this project will pay to lease the site, and Brooklyn will receive about $400,000 up front for a 20-year lease.

Conti Solar, a national solar engineering, procurement and construction and energy storage development company, is building and installing the solar panel array. The company is leveraging a ballast racking system that will be bolted to the landfill’s surface since state regulations prohibit the alternative system that involves penetration of the landfill.

To determine future strategies for growth, Foley says the county will need to see its projections on power flow into its buildings were correct. “And then we would replicate to the next project. We mostly would just need off-takers of the power,” he says.

Just as Brooklyn was the first in Ohio to put solar on a landfill, the town of Scituate was a pioneer in Massachusetts. The Scituate site now supplies half of the town’s electricity—with the other half generated by wind turbines and waste-to-energy projects.

It’s now one of about 70 such solar landfill projects in Massachusetts,  comprising more than half of such projects in the U.S., according to a list maintained by the U.S. Environmental Protection Agency (EPA).

The trend has continued whereby landfills are looking at renewables beyond methane they generate and to invest in solar. RE-Powering America’s Land lists 123 solar projects on municipal solid waste landfills and another 18 on landfills exclusively for special uses.

For Brooklyn, it was about money and energy savings. But it was also about promoting clean energy that has received minimal support from the government.

“With a federal administration that does not believe in climate change and challenges around the state’s renewable energy initiatives, we believe the obligation is in the hands of the local governments and private industry to do the right thing when it comes to sustainability,” says Foley.