Home>Energy>Solar
Recent
Covid’s Impact Squeezes Corporations’ Efforts to Cut Use of Virgin Plastics
May 29, 2020
The Plague of Uncertainty: The Pandemic’s Unpredictable Impacts on Recycling and Its Markets (Commentary)
May 29, 2020
Forthcoming Analysis from Pew Charitable Trusts Will Offer Solutions to Ocean Plastic Problem
May 29, 2020
The Consumer Brands Association Endorses a Surcharge on Virgin Resin
May 29, 2020
Texas Launches A Recycling and Recyclables in Manufacturing Survey
May 29, 2020
Virginia Beach Waste Crews Are Seeing Increased Volumes
May 29, 2020
Remote Testing Helps MRFs Safely Plan System Improvements
May 28, 2020
Oprah Winfrey and Katy Perry Invest in Food Waste Solutions with Apeel Science
May 28, 2020
Need to Know
brought to you by 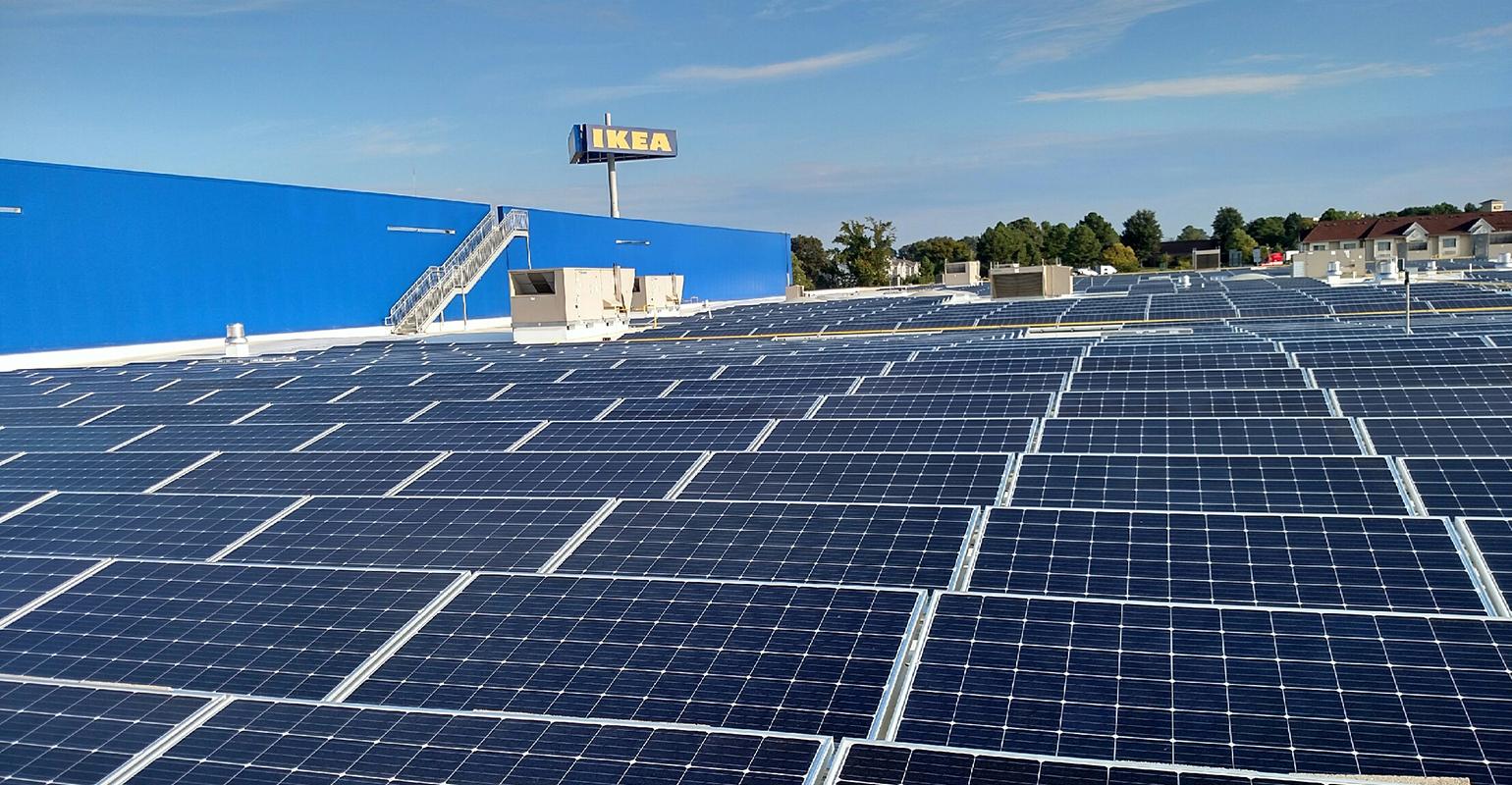 IKEA announced that its future Norfolk, Va., store will be equipped with solar panels and electric vehicle (EV) charging stations when it opens in spring 2019.

IKEA Norfolk will feature a 180,000-square-foot solar array, which will consist of a 1.26-megawatt (MW) system built with 3,654 panels and will produce approximately 1,743,000 kWh (kilowatt hours) of electricity annually for the store. According to the company, that is the equivalent of reducing 1,233 metric tons of carbon dioxide (CO2)—equal to the emissions of 262 cars or providing electricity for 215 homes yearly.

For the development, design and installation of the new store’s solar power system, IKEA selected REC Solar. In addition, the store will have three Blink electric vehicle charging stations. This initiative reflects the continued partnership between IKEA and Blink Charging Co., an owner, operator and provider of EV charging station products and networked EV charging services with thousands of public charging stations in the U.S. There are currently Blink EV charging units at 34 IKEA stores in the U.S.

“We are excited to further our sustainability commitment with the installation of the largest solar rooftop array in the area and EV charging stations at our future IKEA Norfolk store,” said Lisa Davis, sustainability manager of IKEA U.S., in a statement. “At IKEA, we want to have a positive impact on people and the planet, and these investments support our objectives to reduce our emissions and achieve energy independence by 2020.”

This installation will represent the 56th solar project for IKEA in the U.S. and contribute to the company’s solar presence atop nearly 90 percent of its U.S. locations, with a total generation of more than 56 MW. IKEA owns and operates each of its solar PV energy systems atop its buildings and globally has allocated $2.5 billion to invest in renewable energy through 2020.

Consistent with the goal of being energy independent by 2020, IKEA noted it has installed more than 750,000 solar panels on buildings across the world and owns approximately 441 wind turbines, including 104 in the U.S.