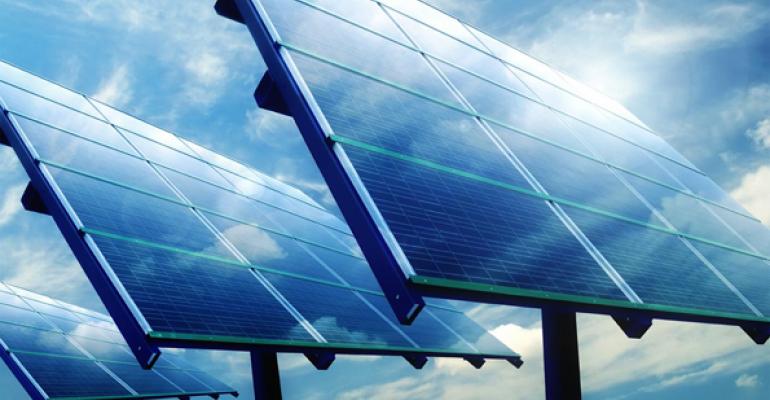 For now, PV modules are considered hazardous waste, unless proven otherwise through time- and money-consuming processes.

California, like many states, has a problem with a rapid influx of end-of-life solar panels, despite that a law (SB 489) passed five years ago to help facilitate collection and processing of these materials.

Few clear regulations have been established as a result of SB 489, and as such, there are almost no means for disposing, recycling or reusing them, say stakeholders pushing for more definitive legal action and language.

And the issue reaches beyond California. Globally, there could be 78 million tons of solar panel waste by 2050.

The biggest problem, according to Doug Kobold, executive director of the California Product Stewardship Council, is that there is uncertainty as to whether photovoltaic panels (PV) are considered hazardous waste. The Department of Toxic Substances Control (DTSC) is promulgating regulations to get them classified as universal waste, but the agency has been awaiting the U.S. Environmental Protection Agency’s approval of this less onerous classification, and Kobold estimates it could be as late as July before the state gets authorization, if it gets approval at all.

So, for now, PV modules are considered hazardous waste, unless proven otherwise through time- and money-consuming processes. 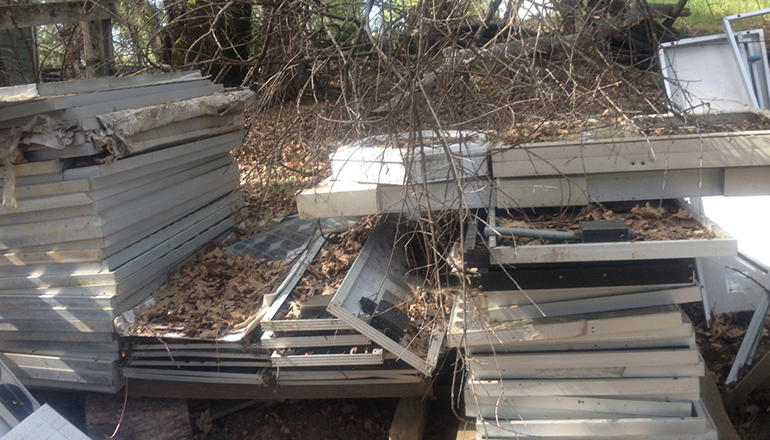 “DTSC requires that each panel be tested to determine if it’s hazardous, and the tests can cost $700 to $1,500. Most landfill operators don’t test them, so many of them are left in limbo. In some cases, they are shipped under a hazardous materials manifest to avoid testing and risk of fines if they are not certain they are hazardous,” says Kobold.

There are other issues that are not addressed in California’s drafted regulations, and they challenge both the solar and waste industries.

For one, it is unclear whether warehouses and distribution centers that could receive PV modules must register as universal waste handlers.

Many of these facilities may not be allowed to have this material type on the premises or else are subject to cumbersome administrative tasks. So, says Kobold, “We are asking that warehouse or distribution centers be exempt from getting universal waste handling permits. If they are just moving panels, we think they should not be treated as waste handlers.”

From their perspective, solar installers have no incentives to deal with older panels that they are replacing. They have limited resources and time to store them and to find recycling or reuse outlets.

And there’s a limit to how many they can transport.

“They can move up to 220 pounds, which is about five panels. This is a huge stumbling block, so we have asked DTSC to increase the limit,” says Kobold. 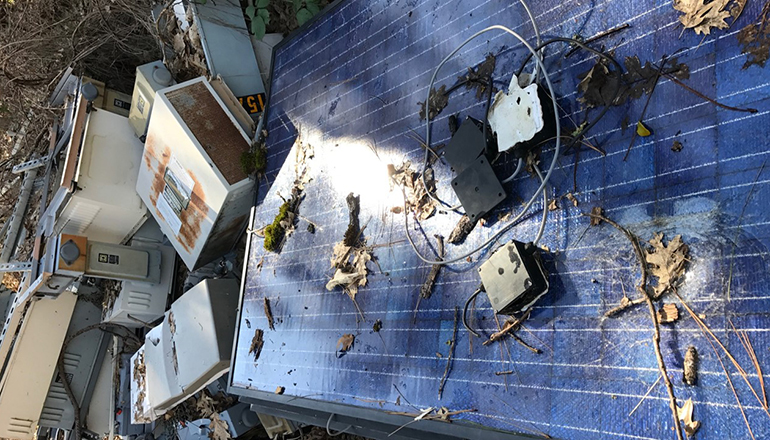 As currently written, regulations also require installers to report, 30 days in advance, where and when they will haul panels. But, says Kobold, they don’t know the volume in advance, nor do they know how the units will need to be managed; it depends on their condition, which contractors typically first learn when they get to the site.

Larry Sweetser, consultant to public and private solid waste facilities, sees firsthand the problems in his clients’ environment. When they pull panels out from the stream, like others who handle them, they must label and store them, and there are shipment requirements.

He too has advocated for changes to the proposed regulations, especially around the required 30-day notice prior to handling the modules.

“These solar panels are not intended to come to our facilities, but if they do, and we had not given notification previously, we are in violation. So, the only option is for California’s thousands of solid waste facilities to notify the state that we may receive items in the future and file a report every year. We also have to keep a daily log that requires us to physically take inventory each day, which is an extra task and not a constructive use of time,” says Sweetser.

He is happy that California most recently addressed one issue the industry has clamored around. The regulations now explicitly state that integrated devices with built-in solar panels, such as calculators and garden lights, are considered electronics, meaning they don’t have to be managed the same way as large PV panels but rather within existing infrastructure.

The Solar Energy Industries Association (SEIA) operates a national PV recycling network, which currently includes only a handful of recyclers who recover glass, aluminum and other materials from solar units. SEIA plans to develop more geographically located recyclers where solar is being installed.

There is compelling data to support that there is potential for a strong market, if there is infrastructure to collect, process and sell. The International Renewable Energy Agency reports that recycling or repurposing solar PV panels could unchain about 78 million tons of valuable materials globally by 2050. Their monetary worth could be upward of $15 billion by 2050.

“It’s a mechanical process to remove panel parts and recycle right. We do have some recyclers who recycle other products like e-waste or scrap metal who want to expand, and we help them understand the technology,” says Evelyn Butler, senior director of codes and standards for the Solar Energy Industries Association.

Evolving technologies will be important. 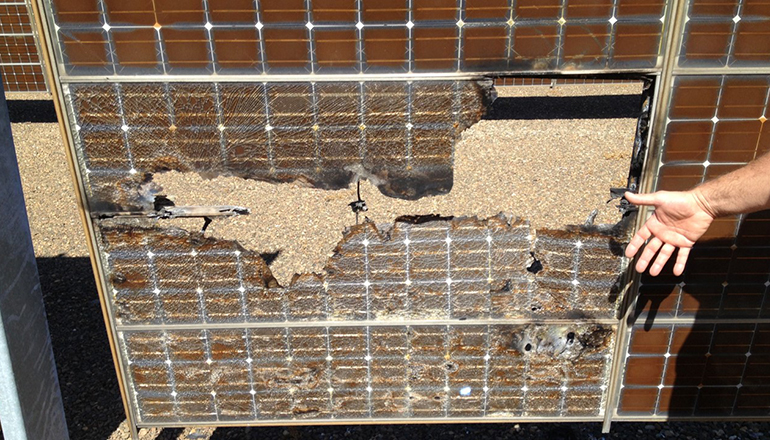 “Twenty-five years (about the life of a solar panel) is a lot of time for processes to change, and we would like to see a focus on innovation,” says Butler.

There is much to learn and do before innovations can be put to use, with collections and understanding how people are currently dealing with panels being a large component. Three California jurisdictions will be facilitating collection pilots, and as part of the pilots, they have been doing market research.

“We learned that at least one installer in each jurisdiction admitted to stockpiling unwanted panels while awaiting disposal. And over 90 percent of installers do not consult with their customers on end-of-life management. We also asked residents questions and, in general, they did not know what to do with these materials,” says Joanne Brasch, special project manager for the California Product Stewardship Council, which is managing two of the three pilots with funding from the California Department of Resources Recycling and Recovery.

San Mateo County plans to fund its own collection event because the Office of Sustainability was getting calls from homeowners and contractors who wanted to know how to dispose or recycle panels.

“We saw an opportunity to understand the PV waste volume in San Mateo County and how people are handling [the materials] now,” says Shova Ale Magar, sustainability specialist for San Mateo’s Office of Sustainability.

“Hopefully, studies like ours will provide data for decision makers to make better policies. And lead to better management of materials,” she says.

DTSC is currently finalizing its regulations.