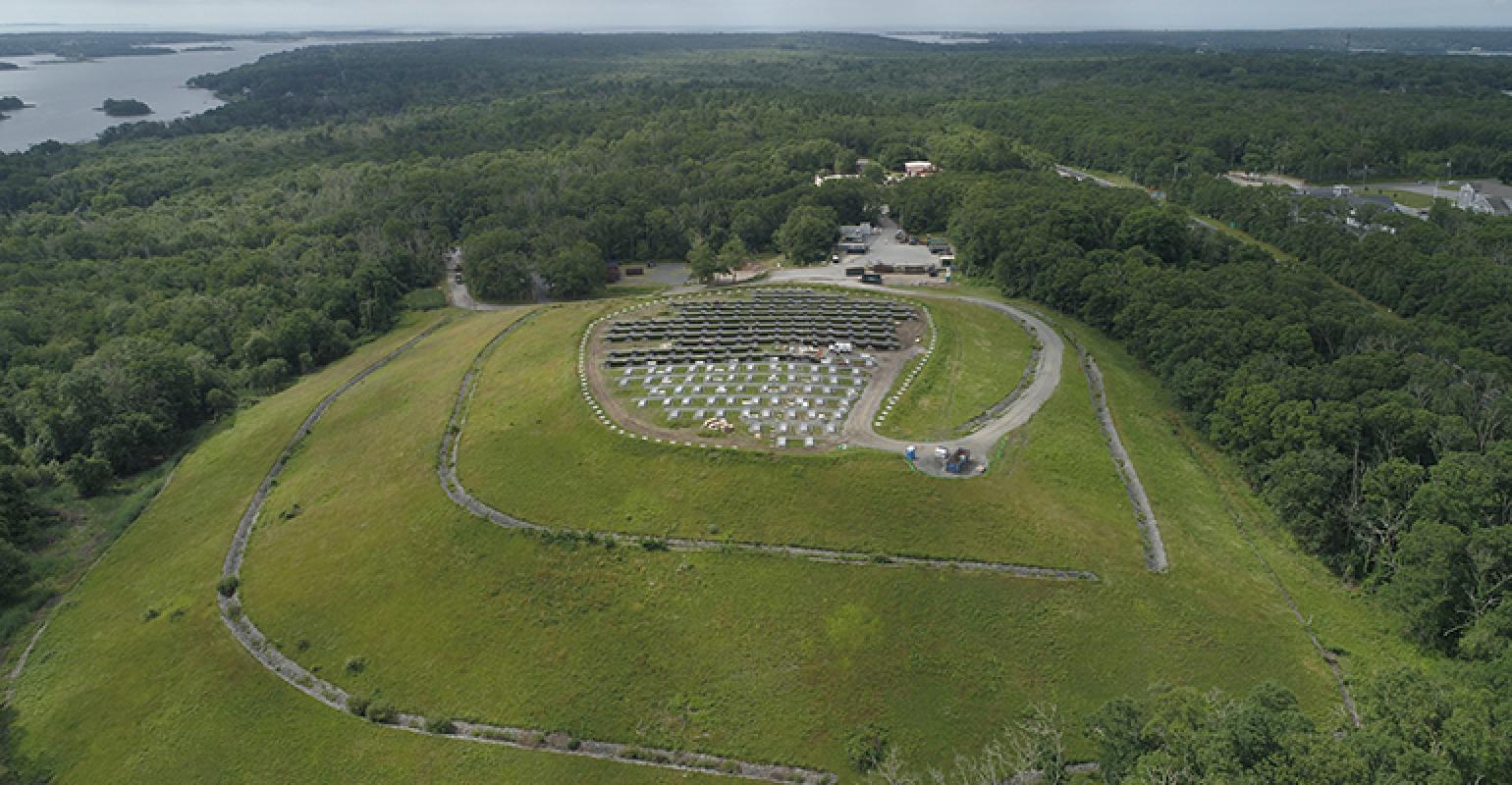 Solar developer Ameresco is launching a 622-kilowatt direct current ground-mounted solar system at the Westport, Mass., landfill in the third quarter of 2019. It will create power for about 100 homes and generate $650,000 in revenue for the town over 20 years from a lease and tax payment.

Over the same term, the project will reduce greenhouse gas emissions by about 10,700 metric tons and preserve an estimated 13,000 acres of forest, according to David Anderson, Ameresco executive vice president and director.

Ameresco is selling the output to the Commonwealth of Massachusetts under the Solar Massachusetts Renewable Target (SMART) program, managed by the Department of Energy. SMART makes incentive payments to parties providing solar to the grid.

As far as payout to Westport, says Tim King, town administrator, “We will get about a $33,000 a year lease payment in lieu of having to pay property taxes. And that is for a property that is essentially providing no other benefit.”

The town is fairly rural with no sewer lines or wastewater treatment plant and limited public water.

“So, there are not a lot of opportunities for economic development … This solar operation is like having a small economic development project without some of the challenges that typically come with it, like traffic volume and having to upgrade roads and streets,” says King. 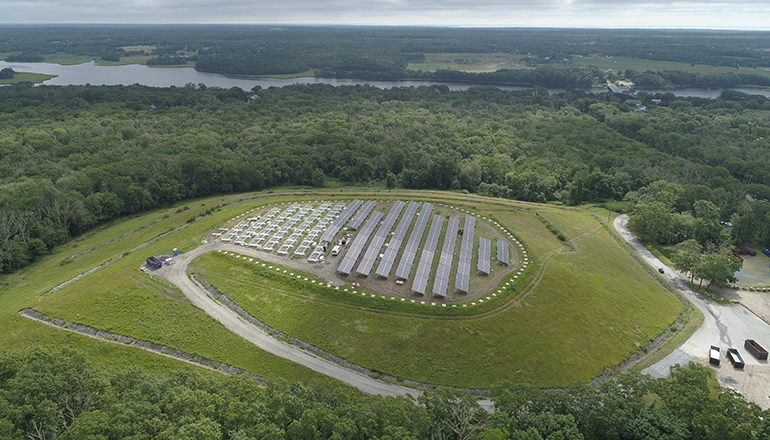 The town had sent out requests for proposals in 2009 but put the project on hold when the state decided to change the rules around charges to utilities for power. And both the federal government and state were changing tax credits, creating uncertainty around the viability of the project.

About a year ago, when Massachusetts had finalized regulations and spelled out how utilities would be compensated, Westport moved forward, says King.

Ameresco takes full risk for building, owning and operating its solar projects while the town incurs no out-of-pocket expenses.

“We make it financially viable for us by determining capacity and trying to maximize the scale we think we can get. We also receive an investment tax credit, and Massachusetts’ incentives under SMART help,” says Anderson.

The company has 20 projects in Massachusetts, one in Connecticut and one in New York. They are all in the seven-figure-plus range, says Anderson, adding that the industry averages between 8 and 12 percent return on the equity invested.

Landfill solar projects come with both advantages and tough challenges.

Sites are relatively large and flat and require no clearcutting. They provide easy access for heavy construction equipment. And there is limited shading from vegetation. But it takes strategy to ensure the landfill cap is not penetrated. Developers must assess for settlement issues and design around gas monitoring systems and wells.

“We use ballast systems to ensure we don’t penetrate the cap. Ideally, we like to work on landfills capped for about 10 years, so material becomes compacted and has settled. And we can’t trench, so electrical conduit systems must be above ground,” says Anderson.

Plus, the permitting process can be tedious, adding time even if there are not delays like Westport experienced amid regulatory changes. 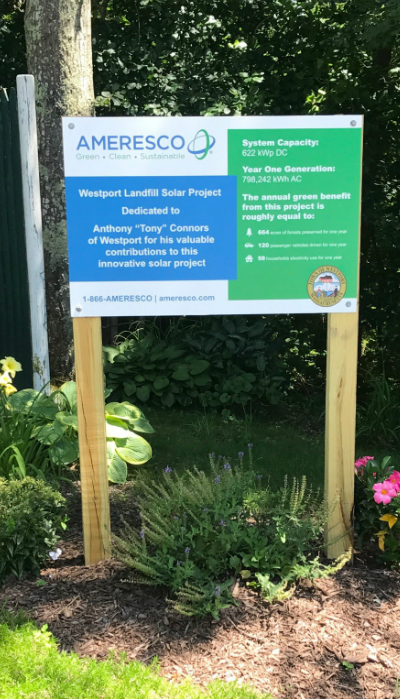 The project was dedicated to a local resident and chairman of the town’s Energy Committee, Tony Connors, who was instrumental in seeing the labor-intensive project through.

“It is an odyssey that took 10 years to bring to fruition. Connors brought Ameresco to the table after another company withdrew its proposal during drawn-out negotiations with the state,” says King.

Beyond Massachusetts, Ameresco is now seeing interest in solar investments among government, institutional and commercial customers who have goals of reducing their carbon footprint.

But Anderson advises that there could be more change that could impact viability of these projects, especially for developers who will see a reduction in their federal investment tax credit over the next three years.

“I would encourage municipalities who are interested, that have landfills and are good candidates to look into this soon. You can usually procure a contract and negotiate terms on a closed landfill in three to nine months,” he explains.