The Waste & Recycling Industry Continues to Focus on Safety 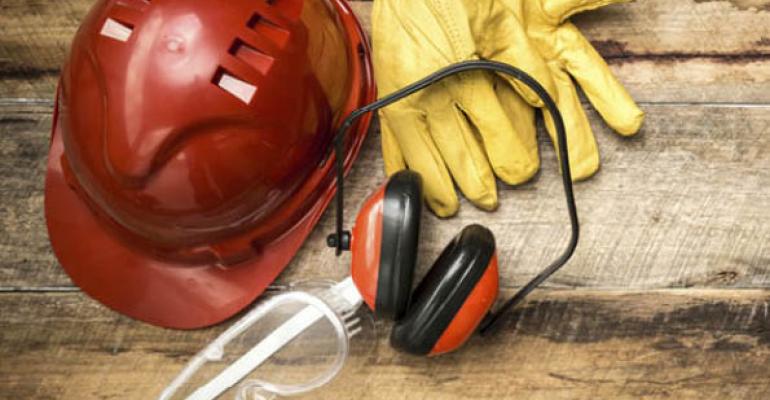 It’s a week-long training and awareness effort in which participating companies will conduct risk assessments at job sites and review safety policies and procedures for backing; review company policies, procedures, consider enhancements and then train employees on any changes; and post Stand Down materials to company websites, in employee meeting rooms and on social media sites.

“We are proud of the commitment of our members, sponsor and partners to work together to raise the bar for safety in our industry,” NWRA President & CEO Sharon H. Kneiss said in a statement. “We are working to raise awareness and elevate our performance as we focus on the importance of a safe environment for our workers and the communities they serve nationwide.”

“Backing incidents comprise about 25 percent of all accidents and injuries in the waste industry, and it is important to focus on backing, both during the safety stand down and throughout the year,” SWANA Executive Director David Biderman said in a statement.

The Safety Stand Down week culminates a flurry of activity within the industry aimed at improving conditions.

One factor behind the emphasis is that refuse and recyclable materials collectors continue to rank in the top 10 in terms of civilian occupations with the highest fatal injury rates, according to the Bureau of Labor Statistics. In 2014, the rate was 35.8, ranking it the fifth most dangerous profession.

The number of civilian fatalities in 2014 (27) was the lowest figure since 2010. But the fatal injury rate has been fairly stable over the years for refuse and recyclable material collectors. Looking back further, the fatality rate was much greater in 2003, 2004 and 2005, but the BLS also amended its fatal injury rate methodology after 2006, which accounts for part of the drop in the years since.

Although solid waste collectors have the highest fatality rate within the industry, other workers, including those at MRFs and landfills, have also been killed on the job in recent years.

Broadening the view to non-fatal work injuries puts the industry’s emphasis on safety into greater focus.

The most recent BLS data for the sector showed:

Although data for some years is incomplete for some sectors, the overall view of the industry’s injury rates can be assessed in the chart below.

Safety Stand Down is just the latest initiative launched by the industry associations. Last week, the NWRA also released new camera proximity sensor guidelines.  And on January 5, the NWRA announced a partnership with Joyce Engineering for a Waste Management Facility Operator Training and Certification Program.

In December, the NWRA released site safety best practices for MRFs, landfills and transfer stations. According to the NWRA, the best practices, “cover issues ranging from tipping floor safety to the use of personal protective equipment, and incorporating safety technologies such as cameras and alarms on mobile equipment. The Practices also include guidance on making facilities safer through improved communication among all parties in a MRF, transfer station or landfill while minimizing distractions caused by mobile phones.”

And in November, the NWRA published the revised industry standard pertaining to the design, manufacturing, operation and maintaining of MRFs. The standard for “Equipment Technology and Operations for Wastes and Recyclable Materials – Facilities for the Processing of Commingled Recyclable Materials – Safety Requirements”, otherwise known as ANSI Z245.41-2015 was last updated in 2008.

Safety is a vital and common concern for the industry and will continue to be an intense area of focus over the course of the next three years. Our strategic planning group evaluated our safety programming, education, communication and messaging with an eye towards promoting safety within the industry and how we effectively reach key outside audiences (such as legislators and regulators) about the importance our members are placing on safety and how they are investing substantially in protecting their workers and the general public. Safety is a core value of our association, and we are placing safety at the top of our programming, outreach and advocacy efforts as we continue to grow internal programs and external awareness.  And we will also continue our relentless advocacy for developing and passing legislation that meets the industry’s safety needs.

For its part, SWANA launched a Safety Matters web page as a resource for the industry.

On January 5, it announced plans to distribute Slow Down to Get Around decals to its members upon request.

In November, SWANA announced the launch of its Safety Ambassador initiative at its 45 chapters in the United States and Canada.

Both associations also have other efforts in place, including Safety Monday newsletters and monthly columns, safety sessions at leading industry events and other resources distributed to members.