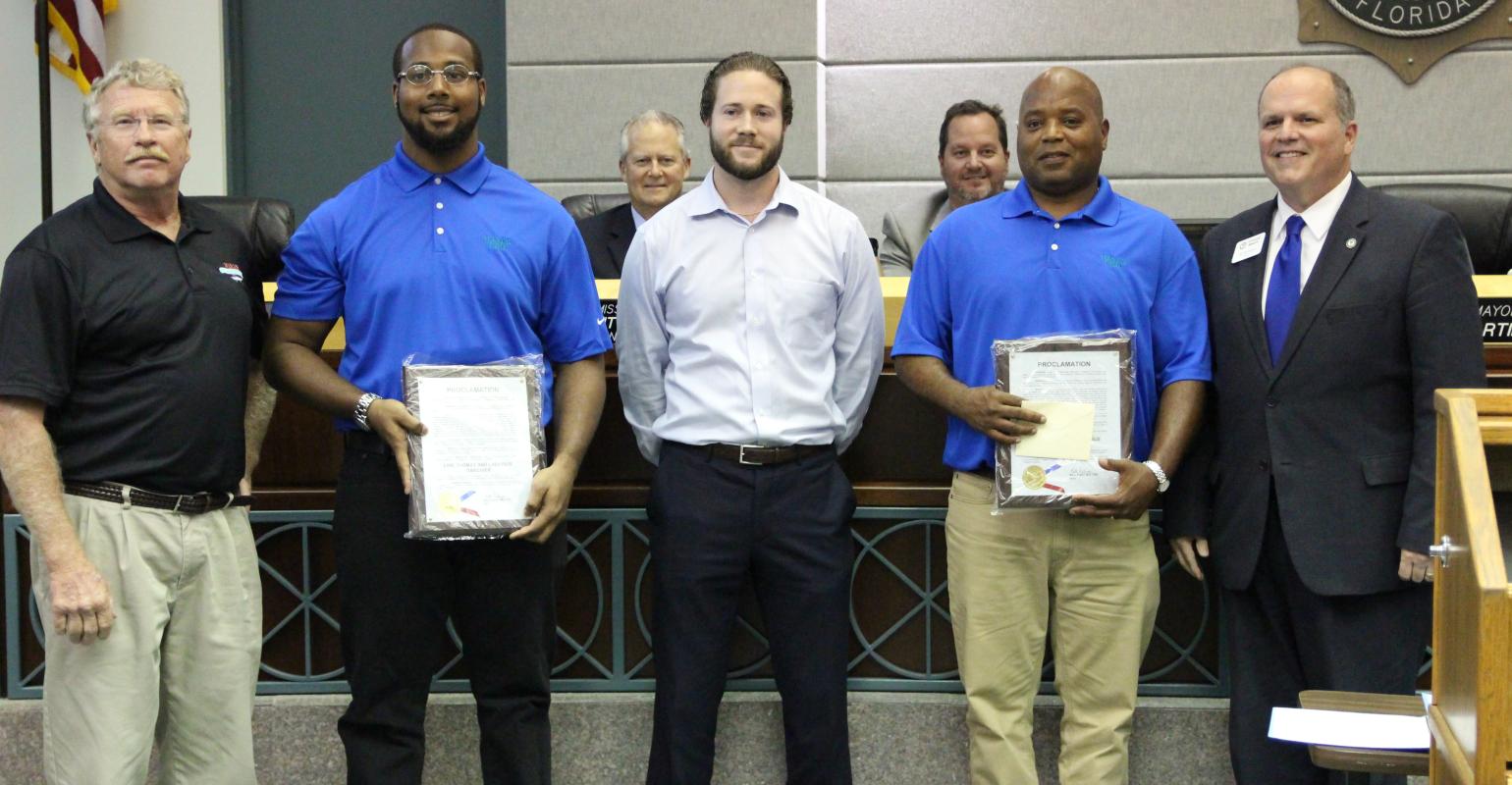 While on their route, two drivers rescued a woman from her burning home.

The city of Ormond Beach, Fla., recognized Waste Pro drivers Eric Thomas and Ladarius Gardiner for a heroic act while on their route.

In late April, the two were on their garbage route when they smelled smoke. Thomas says he asked a neighbor about it, and she told him a nearby home was on fire and someone was inside. Going above and beyond the call of duty, he went inside to look for the resident.

At first, he didn’t find anyone, so he came back outside to see if the resident escaped. When the neighbor told him no, he took off his shirt, wrapped it around his face and braved the flames and thick smoke again—that is when he found a woman unconscious on the couch.

Thomas says the woman was scared and tried to fight him off, but he managed to get her to the door, where Gardiner helped them both get outside to safety. After neighbors and first responders arrived to help, the duo returned to their route.

Thomas does not consider himself a hero; he insists he is a regular person who did what anyone would do.

Thomas has been with Waste Pro since it began service in Ormond Beach in 2014 and received a $10,000 Safety Award from the company in 2017, which he received for his flawless performance over the last three years. Gardiner has been with the company since 2016.