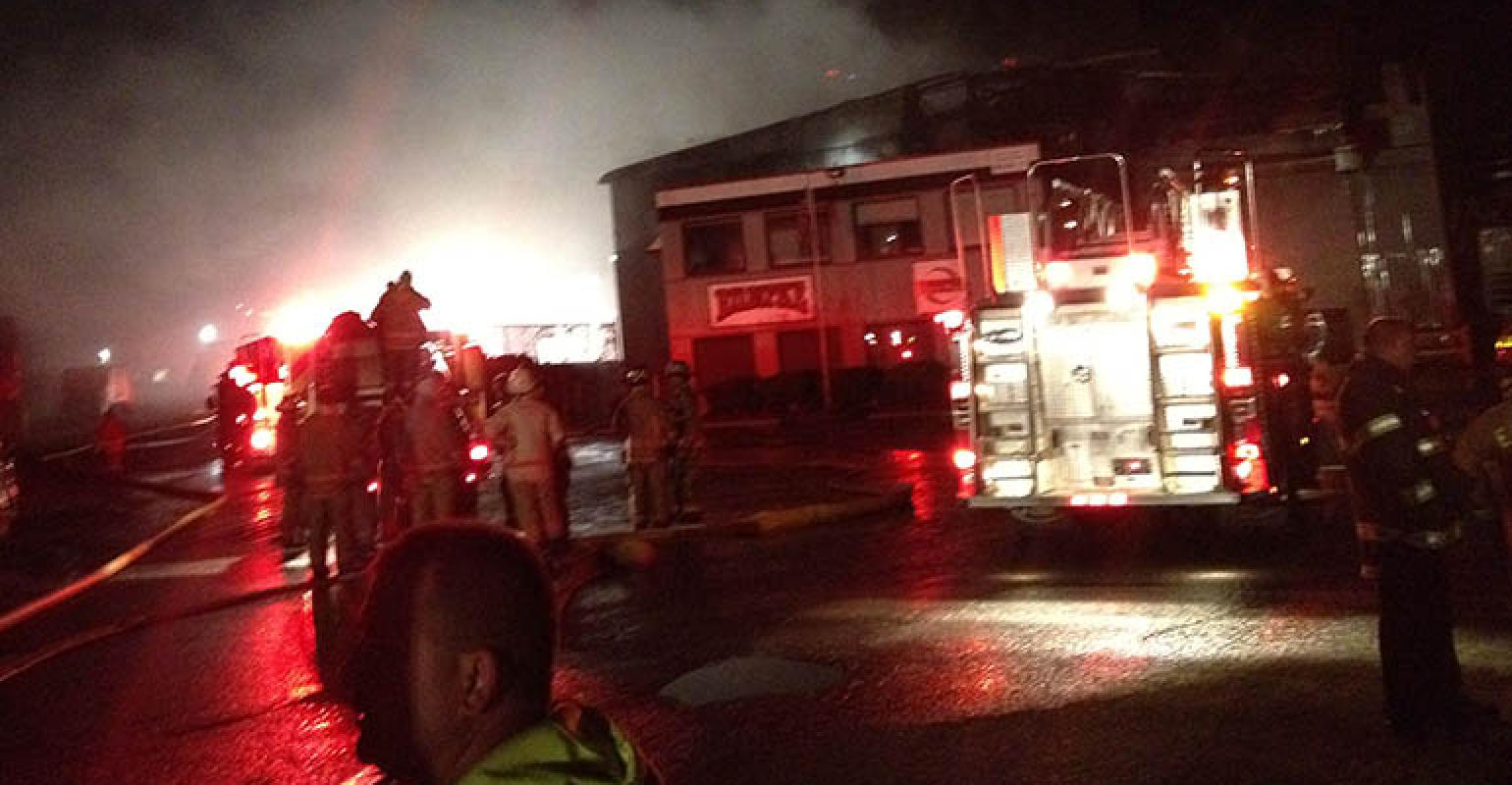 Waste and Recycling Facility Fires Climb Ahead of Holiday Spike

Over the past 12 months, the waste and recycling industry has experienced 373 reported fires in both the U.S. and Canada. Based on reasonable assumptions, we can extrapolate that 1,800-plus facility ﬁres have occurred in the past 12 months, which based on the number of facilities reported by the Environmental Research & Education Foundation, is more than 40 percent of the industry.

There were also three deaths and 13 injuries reported during that time. Most of these injuries and deaths are suffered by the brave fire professionals called in to fight and contain these incidents. 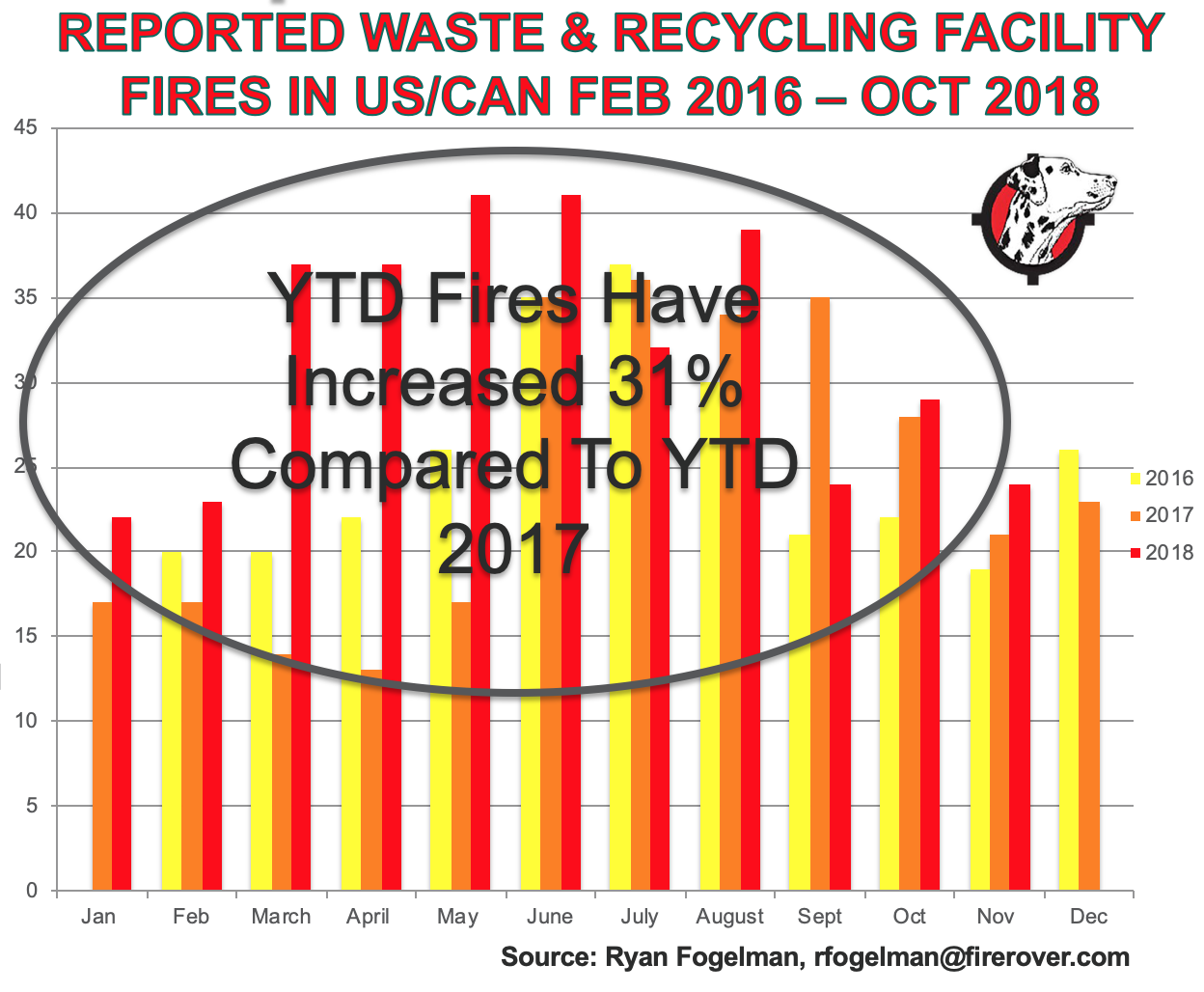 Waste and recycling facility fires have started to level off during the past five months from their sharp increase the first six months of the year, but total reported fire incidents are still up 31 percent for the year when compared to the same period in 2017. When looking at the rolling 12-month total, we are experiencing a 27 percent increase in reported fires.

These fires are not only occurring at our materials recovery facilities (MRFs) and transfer stations but also at our scrap metal, construction and demolition, paper, plastic, chemical and organics recycling operations. They are caused by a list of fire hazards, including, but not limited to, lithium-ion batteries, pressurized tanks/containers, fuels, fertilizers, propone tanks, aerosols and more. Most fires are caught during their very early stages, but as one can imagine, the fires that are being reported by the media have typically passed the incipient stages. Most of these incidents incurred significant damage and downtime and are required to be fought by our local firefighting professionals. 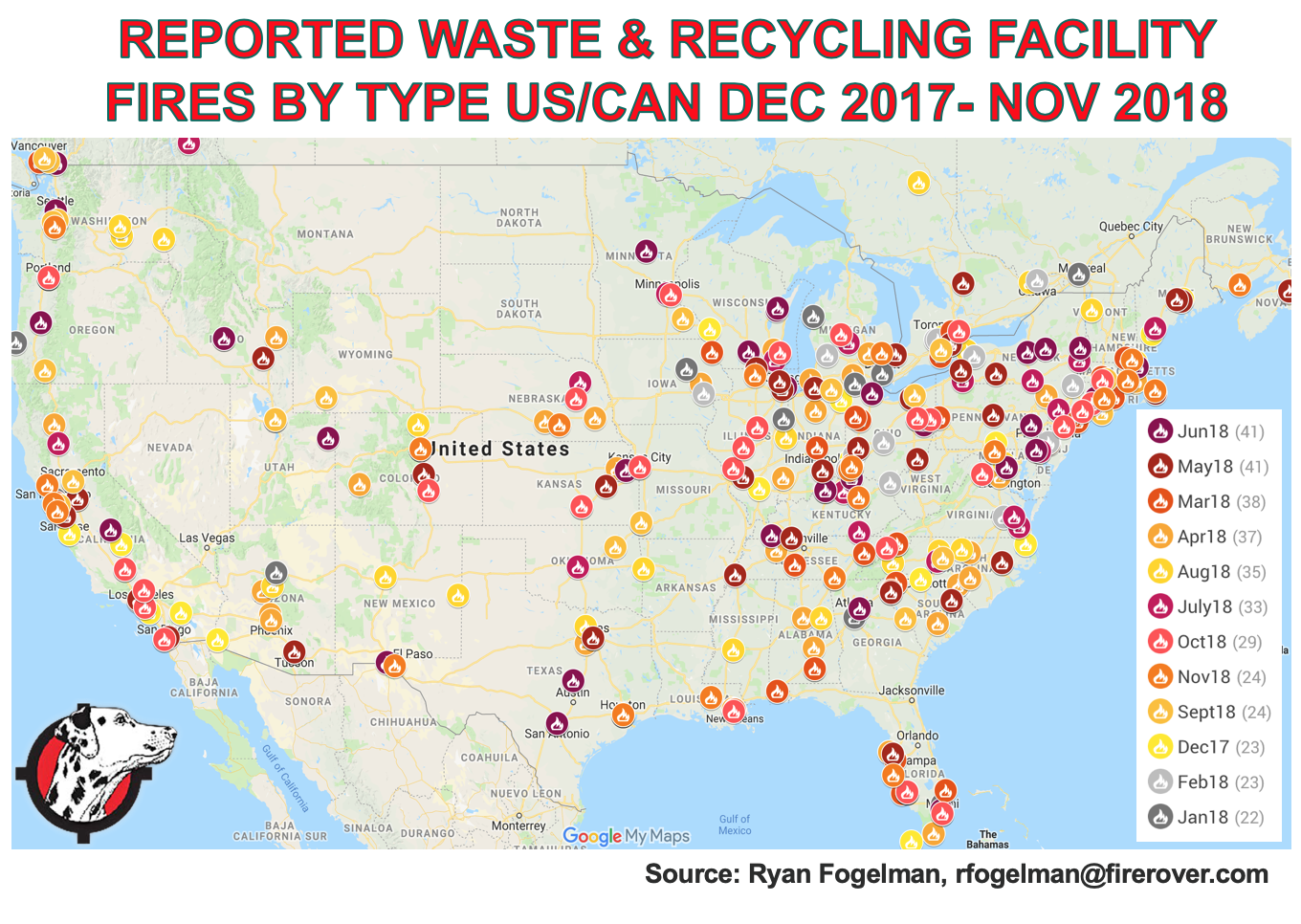 I spoke with John Silwicki, vice president of risk management for Lakeshore Recycling Systems, regarding his best advice for protecting his organization’s operations from being victim to fire incidents. Here’s what he had to say: “The waste stream is increasingly more dangerous, especially over the holiday season. The material has a higher percentage of flammable content (boxes, paper, etc.) due to these items and the combination of low humidity and surging volumes. Add in the exponentially increasing presence of lithium-ion batteries, and it is the perfect environment for fires. At Lakeshore Recycling Systems, we use a combination of traditional building fire suppression, fire brigades and spotters, in addition to a substantial investment over the past year in fire detection and remote suppression technology and equipment. These steps, along with training and heightened awareness, are our best bet at reducing and eliminating facility fires.”

As 2018 comes to a close, it is the time to take a hard look at the annual data, especially compared to 2016 and 2017, in order to see trends by industry vertical, states, timeframes and volume of material processed. Keep a look out for these results and analyses in the “2018 Waste & Recycling Facility Fire Annual Report” coming after the first of the year. Have a great and safe holiday season!