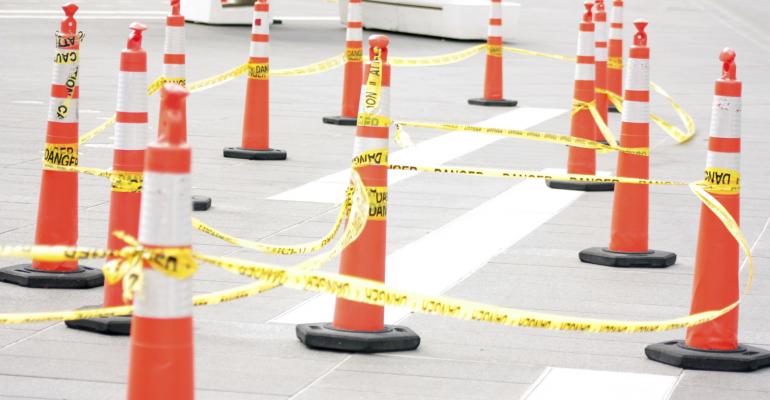 The collision resulted in one death and several injuries.

A train that was carrying Republican members of Congress to West Virginia crashed into a garbage truck on the railroad tracks. One of the garbage truck passengers has died, and the other two were seriously injured.

The members of Congress were on the way to a congressional retreat to develop legislative strategy. In the immediate aftermath of the collision, train passengers with medical training attended to those with injuries.

“The Solid Waste Association of North America sends its deepest sympathy to the victims involved in today’s tragic incident in Virginia. The investigation is ongoing as to how the crash occurred and we owe it to all involved not to assume causes. However, there are several incidents each year in which garbage trucks and trains collide, sometimes because of a malfunction, other times because of poor judgement. Too often, these incidents have tragic consequences. Because this incident involved a train carrying members of Congress, it is a national and international story. The identity of the train’s passengers must not overshadow the incidents where solid waste workers are killed on the job occur far too frequently. SWANA is committed to improving the waste industry’s safety record and preventing tragic incidents like today’s through education, communication and training. Nothing we do is more important,” said David Biderman, executive director and CEO of the Solid Waste Association of North America (SWANA), in a statement.

“On behalf of our members, we are saddened to learn the news of a fatality as a result of this accident and extend our condolences to the family. A tragic incident like this is a reminder of the transportation dangers in the industry. NWRA is completely committed to achieving a positive and robust safety culture. With more than 100,000 collection trucks in service, we work hard to provide our members with tools and outreach efforts to reduce crashes, injuries and fatalities. We look forward to a full investigation from the National Transportation Safety Board,” said National Waste and Recycling Association (NWRA) President and CEO Darrell Smith in a statement.

Lawmakers and congressional aides on the train have reported minor injuries, and Sen. Jeff Flake (R-AZ) said one of the three passengers aboard the garbage truck died on the scene. The two others were seriously injured.

Doctors and security officers on board the train attended to the scene, Rep. Bradley Byrne (R-AL) tweeted. Lawmakers with medical training have also been assisting on the ground.

Republicans were en route to Greenbrier resort in West Virginia, where they will stay for the next three days to strategize legislative priorities for the year ahead.