Researching the causational factors in municipalities with poor safety records.

Editor’s Note: The following is an executive summary of research conducted by undergraduate researcher Sonya Bhakta, as reviewed by David Biderman of the National Solid Wastes Management Association and presented at a recent Environmental Industry Associations Safety Committee Meeting.

The purpose of my research was to examine the disparity in workplace injuries between the public and private sectors. I must admit, my involvement with the solid waste industry was accidental. A classroom project related to the trash industry got the ball rolling, and I became particularly interested when I became aware that public sector employees are injured at a much higher rate than those in the private sector. Considering little research has been conducted in this area, I initiated a scientific study during my senior year at the University of Tulsa, where I completed my bachelor’s degree in management in May 2011. While my efforts to secure cooperation from the private sector were unsuccessful, three municipalities, which shall not be identified, generously agreed to assist me with the research. In this article I’d like to share the outcome resulting from my study on public sector workers.

The participants were asked to fill out an anonymous, comprehensive, paper-based survey that used a five-point scale to examine safety culture, injury and illness rates, reporting procedures and safety compliance behavior. Below are the key findings derived from surveying 190 front-line (primarily collection) workers.

• 92 percent of respondents reported that they strive to maintain a good safety record.

• 64 percent of respondents reported that they received sufficient safety training at the start of their employment.

• 56 percent of respondents felt that their management places a strong emphasis on workplace health and safety.

• 41 percent of respondents reported that they feel pressured to jeopardize their safety in order to complete their tasks on time, while another 41 percent disagreed with the statement.

• 69 percent of respondents felt that their organization genuinely cares about their safety.

• 75 percent of respondents reported that their supervisor promotes safety on regular basis.

• 54 percent of respondents reported that they always practice lock-out tagout when disabling machinery.

• 89 percent of respondents reported that they use all the necessary safety equipment to do their job.

• 87 percent of respondents reported that they always wear personal protective equipment (PPE) when on the job.

• 31 percent of respondents reported that they sustained between one and four workplace injuries or illnesses at their present job within past year that resulted in one or more days of absence.

• The longest leave of absence was 165 days as a result of workplace injury or illness within the past year.

• 26 percent of respondents reported that they made at least one or more healthcare visit in the past year as a result of workplace injury or illness.

To identify at-risk populations, I ran a series of tests to determine underlying issues. First, a number of questions were asked in the survey to specifically measure personal safety motivation. A closer look at the mean of these items revealed that irrespective of the participants’ working condition, climate, or management styles, the personal motivation level is the same across all three cities. 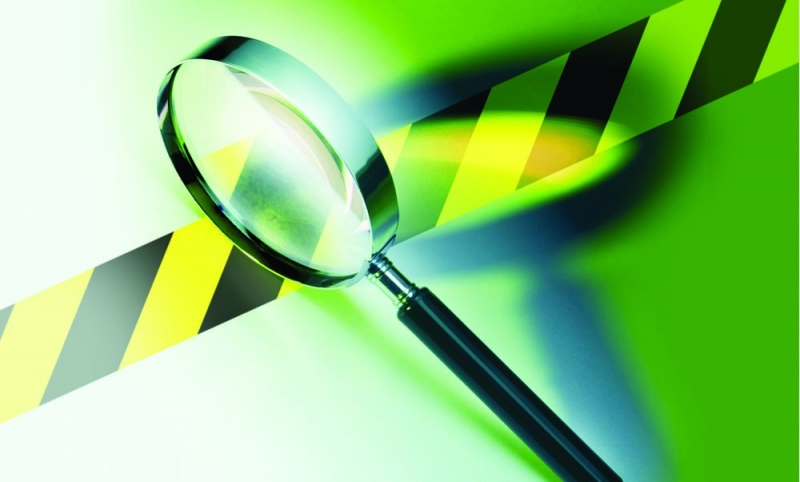 I then examined the organizational safety culture to gauge the tone at each location, and if the message of safer practices is enforced from the top down. Here, a score of 4.0 or higher (on a five-point scale) indicates that management has established a culture and perception that safety supersedes all other organizational goals. Cities A and B were able to satisfy this condition, while only City C, with a score of 3.6, fell short.

Safety pressure was weighted to understand if workers are compromising safety procedures in order to accomplish their tasks. Here, City A with scale of 2.0 passed the test while B and C, with scores of 2.5 and 3.0 respectively, clearly have workers feeling some pressure, be it self-imposed or a result of anxiety created by poor management. A plausible explanation behind City B might be that it uses an incentive program in which workers often complete their 10-hour shifts in seven hours or less so that they can go home early while still being paid for a full shift. Most workers at City B – which also happens to have the highest actual injury/illness rate – often skip their designated lunch breaks in order to clock out early. Certainly, the relative merits of these types of work arrangements can be debated passionately. However, my research reveals that it mostly leads to negative consequences from a safety perspective.

An interesting observation is made when we look at the scale measuring safe behavior, where a score of 4.0 or higher is an indication that workers are actively participating in safe behavior. Again, City B with its incentive program is unable pass this test, confirming that workers are taking shortcuts to complete their tasks quickly. While the City C has a poor organizational safety culture (lack of strong safety advocacy from top management), its workers exhibit the strongest participation in safe behavior (e.g., wearing PPE, using safety belts, using necessary safety equipment, etc).

Management by fear might be a contributing factor here. While a coercive management style may increase workers’ engagement in safe behavior, the question then becomes does the safe behavior alone lead to lower workplace injury/illness rates? The answer, according to my research, is no, considering that City C had an actual injury/illness rate of 24 percent during the calendar year of 2010.

In the final item measured, participants were asked if many injuries go unreported at their workplace, whether they ever reported an injury just to take a day off and if their organization offers incentives for not reporting injuries. Based on responses to these items, it can be concluded that there is no underreporting of workplace injury/illness taking place at any of the three cities.

The main takeaway from my research is that there is a direct correlation between organization culture, safety compliance behavior and injury/illness rate. Strong safety compliance behavior must exist alongside a positive organization culture. In an absence of either of these two, the workplace injury/illness rate will be higher. My research suggests external factors such as working conditions, age of equipment, weather, and so forth are contributing little to the problem. Rather, human behavior – both of workers and their management – are directly responsible for higher injury/illness rates.

I’d like to express my sincere appreciation to Dr. Brad Brummel of the University of Tulsa for his enormous assistance, as well as to David Biderman (NSWMA), David Utterback (NIOSH), and most importantly, leaders and employees of all three municipalities for participating in my study.

Sonya Bhakta is now pursuing an MBA with concentration on International Business at the Pittsburg State University with an anticipated graduation of May 2013. Her professional areas of interest lies in furthering knowledge of leadership traits and its implications on workforce, as well as foreign direct investment opportunities in emerging markets and frontier economies.