NYC Takes City Fleet to the Next Level of Safety 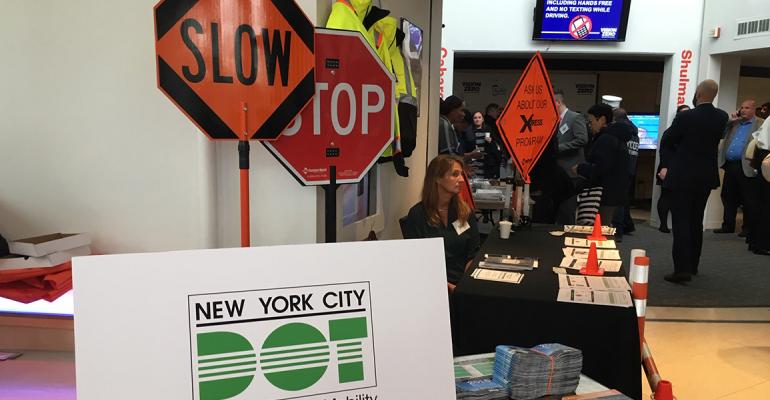 During the fifth annual Vision Zero forum, stakeholders highlighted technologies and partnerships to further enhance safety across the city’s fleet.

Since New York City announced its Vision Zero initiative in 2014, collisions per mile have dropped across the city’s fleet, the fleet has seen a reduction in red light and speeding violations and traffic fatalities have declined by 26 percent, while they have increased by 13 percent nationally.

“We are going against the trend,” said Lisette Camilo, commissioner of New York City’s Department of Citywide Administrative Services (DCAS), during the city’s fifth annual Vision Zero Fleet Safety Forum. “We have been taking a common-sense approach to traffic enforcement, and since the launch of Vision Zero, 48,000 employees have been trained in defensive driving. We have also implemented safety features on vehicles, such as automatic lights, backup cameras and side guards. We are also using real-time vehicle telematics to detect unsafe driving.”

Vision Zero was launched in 2014 as an interagency partnership among municipal departments, including the mayor’s office, DCAS, the police and fire departments, the City of New York Department of Sanitation (DSNY), the Taxi and Limousine Commission, the Department of Transportation (DOT), the Business Integrity Commission and district attorneys.

“When we started this in 2014, there were eight fatalities in the city fleet in the first seven months of this initiative,” explained Keith Kerman, deputy commissioner and chief fleet officer of DCAS. “There have been seven fatal events in the four years since. So, we’ve made enormous progress, but that does not mean we have achieved zero yet.”

During the forum on November 28, key stakeholders gathered to discuss additional updates on the city fleet’s Vision Zero efforts, roadside and worksite safety and various technologies that have been leveraged to further enhance safety across the city’s fleet.

As Camilo pointed out, the city has trained nearly 50,000 employees on safe driving practices since Vision Zero went into effect. And Kerman noted that safety starts with a focus on the driver.

“You can’t achieve everything through training, but you can achieve a lot,” he said. “One of the things we know from our crash tracking is that 50 percent of the collisions that we are involved with that lead to litigations and claims are rear-end events due to tailgating and speeding. It’s a $50 million program for the city, and it’s a very simple thing to avoid. We do focus on training, and we think that’s where everyone should start.” 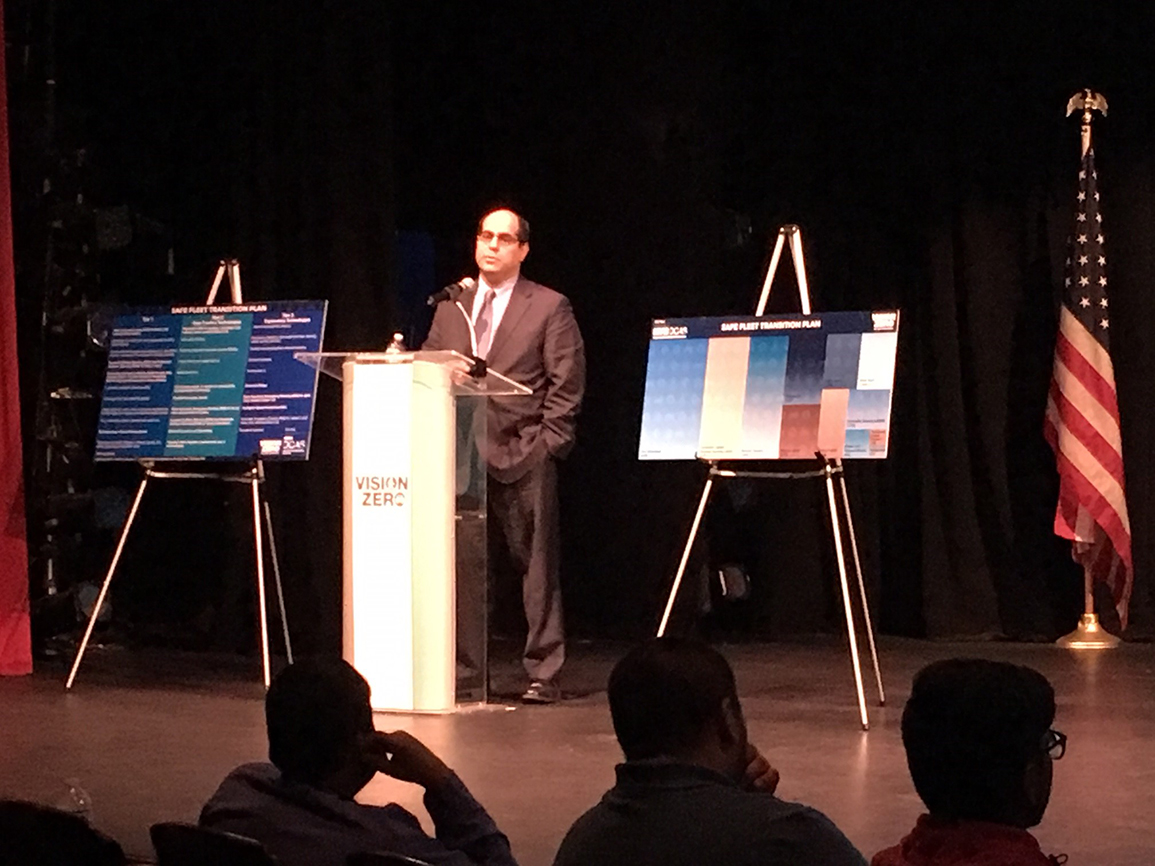 DCAS recently surveyed fleet drivers to find out what is most important to them when it comes to safety and operational efficiency. According to that survey, drivers said they care most about vehicles having backup cameras, training, effective mirrors, quality preventive maintenance and built-in navigation.

As part of the initiative, the city adopted a Vision Zero Safe Fleet Transition Plan (SFTP), which was first published in May 2017 and outlines a series of safety investments that DCAS will require of fleet vehicles. In less than two years, the SFTP has resulted in the implementation of nearly 20,000 safety upgrades, including expanded use of automatic braking, backup cameras, driver alert systems, blind spot alerts, heated mirrors, truck side guards and vehicle telematics. The SFTP is a partnership between DCAS and the Volpe Center at the U.S. DOT.

Finally, the city launched and opened a new Fleet Office of Realtime Tracking (FORT), where officials and employees track and monitor vehicle usage, fuel economy, assets and driver behaviors, such as speeding, idling and hard braking.

During the forum, Michael McDermott, a safety specialist for AAA Northeast, outlined best practices and policies and procedures that he provides new hires at AAA. These policies and best practices could be utilized for any high-risk industry or fleet—like waste and recycling, for instance.

McDermott stressed the importance of high visibility uniforms and personal protective equipment for the men and women who work around the clock in all types of weather conditions. He also said configuring vehicles with lighting and DOT reflective tape is important. He went on to highlight some best practices for worksite safety.

“Before you even think about getting out of the vehicle, you want to think about the scene,” explained McDermott. “Make sure you have visibility and know what’s going on in front of you. Provide separation between you and your vehicle at the scene. Keep a safe space between your vehicle and the other person’s vehicle. We encourage people to utilize that safe zone.” 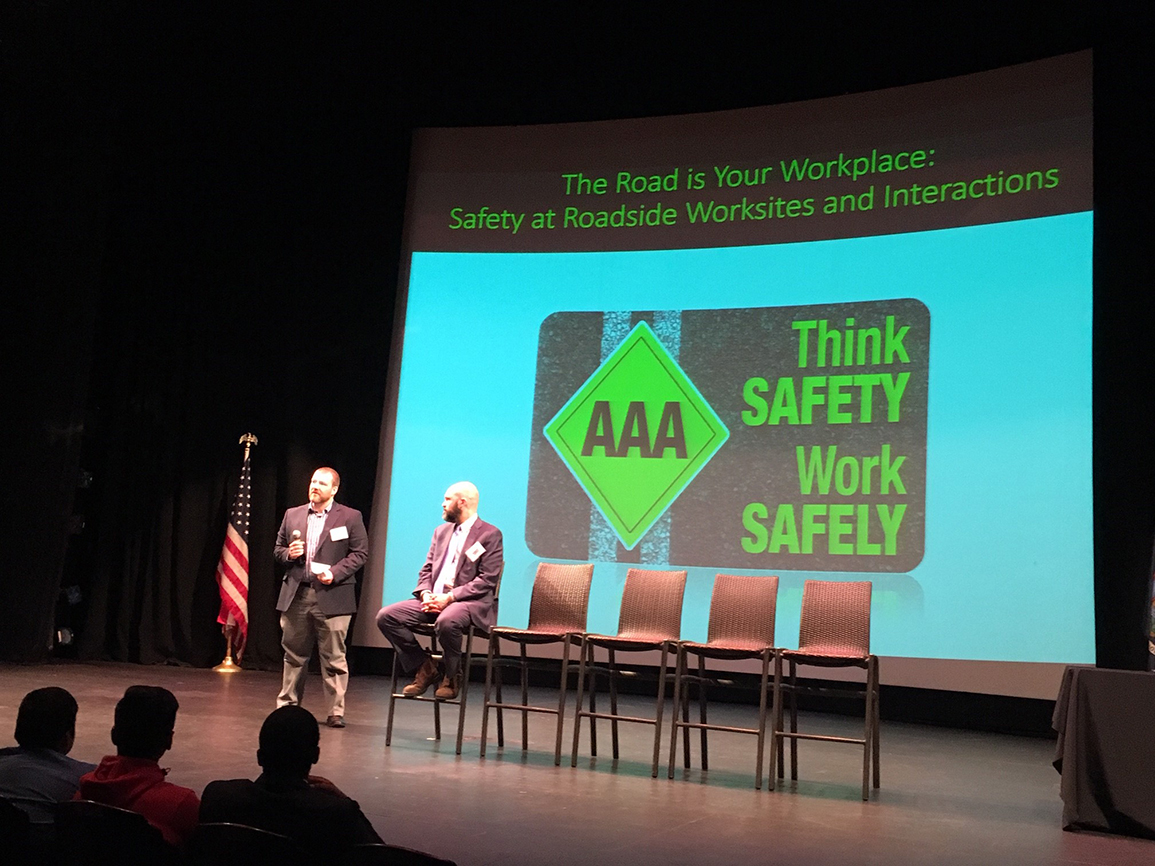 Additionally, he stressed the importance of utilizing the vehicle’s communications devices when needed. That means using the truck’s headlights and horn if needed to alert oncoming traffic.

At AAA, drivers are taught to park 15 to 20 feet behind the vehicle they’re responding to. That’s set up as a safety precaution in case the truck is hit during the call. If that does happen, the truck will absorb the impact and will act like a physical barrier for the employees and other people at the scene.

1. Expand “look-ahead” capacity—look 8 to 12 seconds ahead of the vehicle

2. Size up the whole scene

Working with Fleets on Safety Technologies

NTEA, also known as the Association for the Work Truck Industry, acts as a bridge between all segments of trucking—for manufacturers, fleets, drivers, upfitters, etc. The organization also works extensively with federal and state regulatory bodies. Although many see regulations as a costly burden, Survant pointed out how important regulations are, especially in trucking operations. 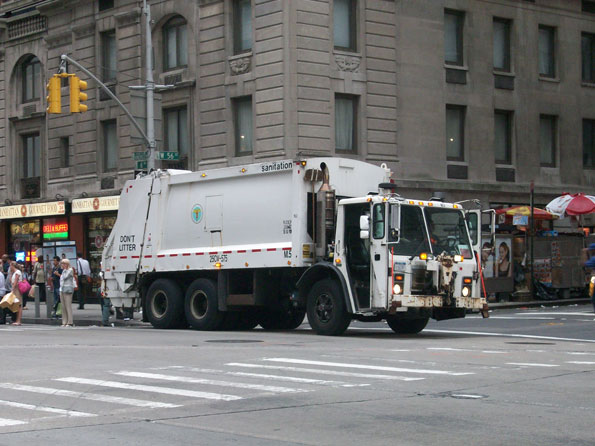 “It’s how we learned from experience,” he said. “Technology has evolved, and regulations have followed right along behind that. You can get a Class 8 truck with all the safety features on a passenger car today, and that is a remarkable change. Technology creeps up on us because it’s really easy to depend on it.”

But the key, he noted, is keeping drivers aware of the technologies on the vehicles they’re driving today because those technologies won’t be the same 10 years from now.

“The biggest thing we are embarking on right now is trying to collect a database of built-on equipment,” added Survant. “Right now, we can’t search the data for trends and emerging behavior, and that’s really what we’re focused on. And we are partnering with fleets, like the city of New York, to build better, safer trucks.”