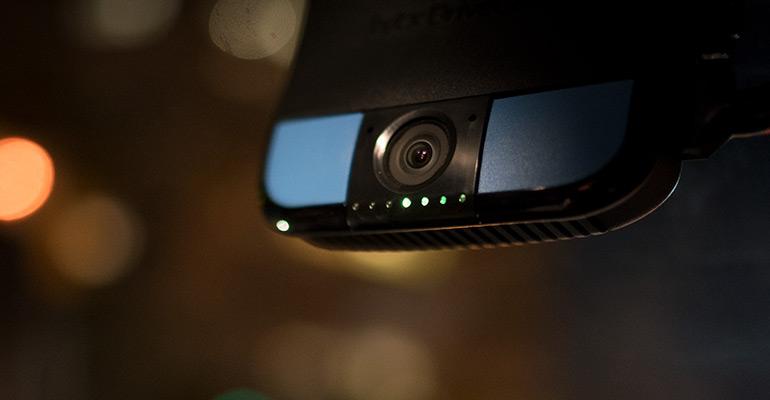 Sixty-three percent of approximately 350 collisions analyzed within the industry were deemed preventable.

“Safety first” is a motto that many companies within the waste and recycling industry follow. But despite various efforts to be safe on the road and in facilities, the industry remains on the list of top 10 most dangerous jobs in the U.S.

The waste and recycling industry involves the use of large vehicles and heavy-duty equipment, which can be dangerous if workers aren’t paying attention at all times. And the slightest distraction, such as a cell phone, can lead to an incident or injury.

Vehicle collisions in the industry and other industries like trucking are not uncommon, and companies are constantly working to reduce the number of collisions that occur. In an effort to identify the current collision trends and to help customers understand what their drivers could be doing better to prevent collisions, Lytx, a video telematics provider, has conducted a study that examines how causes and scenes of collisions vary between industries.

For the study, Lytx reviewed 2,150 events that occurred in the second half of 2017. The company found that the waste industry, compared to other industries included in the study, had a high rate of preventable collisions, which, per the standards of the National Safety Council, are defined as incidents where the driver failed to do everything that reasonably could have been done to avoid a collision. 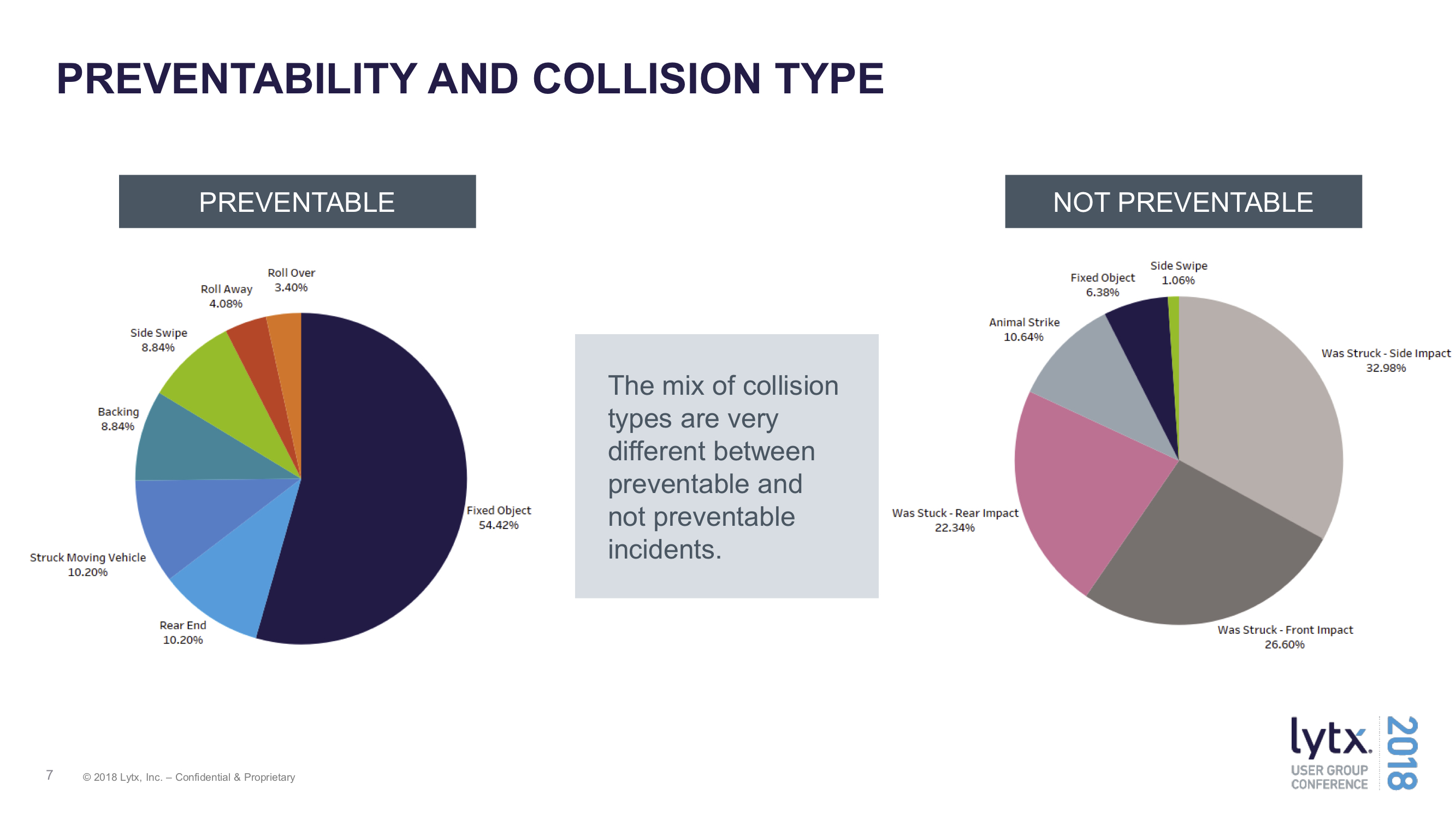 “For the waste industry, about 63 percent of the approximately 350 collisions analyzed were deemed preventable, which is about 8 percent higher than the overall percentage of the 2,150 collisions analyzed,” says Del Lisk, vice president of safety services at Lytx. “This higher percentage is partially due to the fact that waste vehicles are backing more than other industries, and backing just by the nature of it is hard to do. Waste vehicles are also backing in a variety of environments that may have a lot of activity or obstacles or just simply aren’t designed to accommodate a large vehicle.”

Waste vehicles often back up to 60 times per day, depending on the nature of what they are doing, so the chances of a backing incident occurring are much higher, according to Lisk. And collisions, when they do occur, often take place in yards and parking lots.

“We found that 92 percent and 80 percent of collisions in parking lots and yards were preventable,” says Lisk. “These environments often have high traffic and a lot of moving parts, so it’s important that workers are taking the right steps to avoid collisions and to stay safe.” 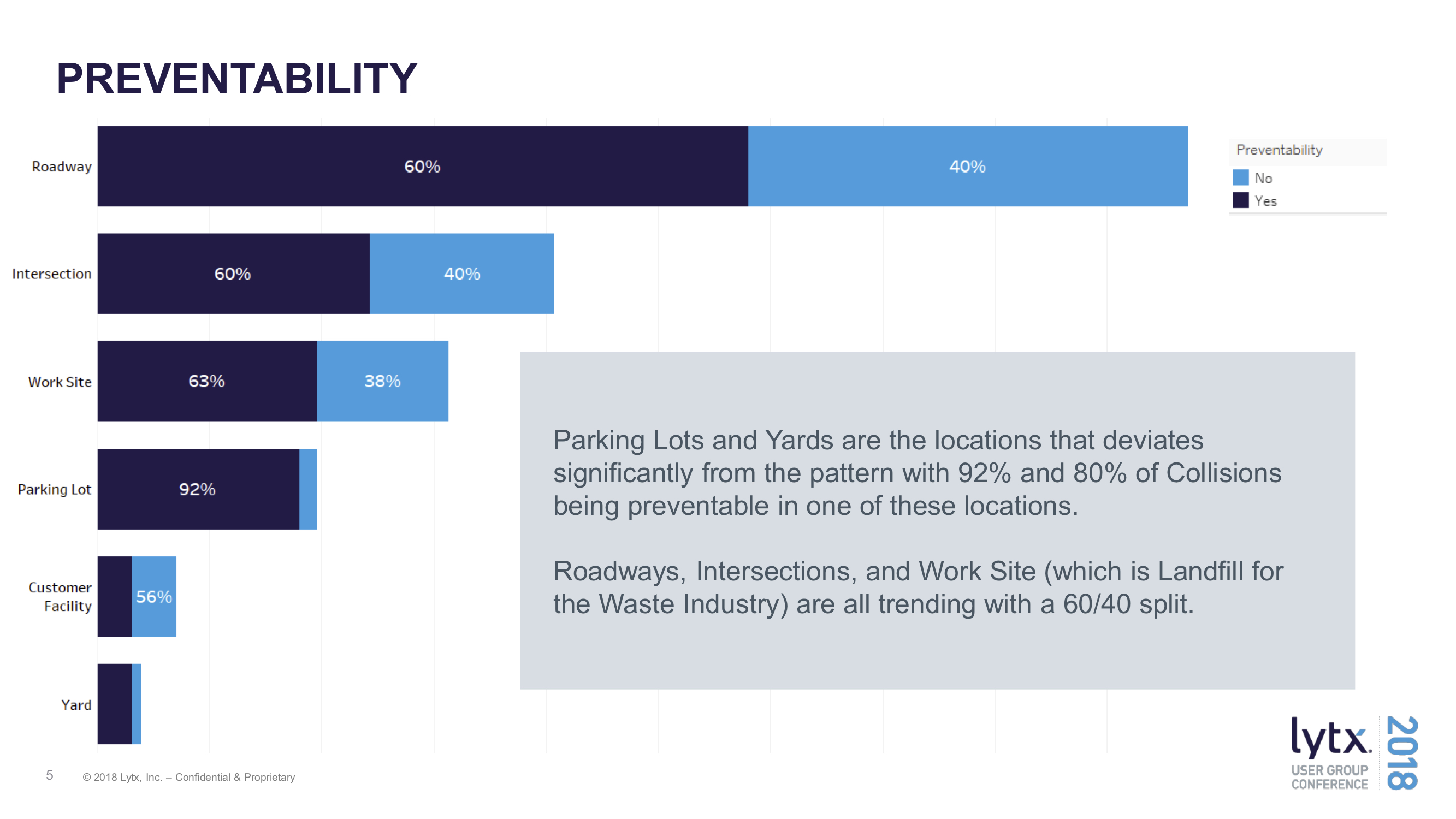 Larger companies like Waste Connections and Republic Services have taken the steps toward improving safety, adopting new technologies and offering proper training and education to reduce the risk for operators, but small and midsize haulers often struggle because they may not have a dedicated safety leader or time to take a deep breath to focus on safety because they are running with a small fleet, trying to satisfy customers and trying to build up a business, comments Lisk.

“Larger companies are using technologies like ours to monitor drivers on an ongoing basis, which allows them to identify issues and quickly catch up with drivers to resolve the problems or overcome the bad habits before they get worse,” he says. “But small and midsize haulers may not have the knowledge of what resources are available to them, so it would be great to see some of the larger haulers sharing lessons learned and best practices with the smaller haulers so that they can adopt some of those practices with the same commitments.”

The Solid Waste Association of North America (SWANA), one of the leading industry associations, agrees that larger haulers need to focus on helping out small and midsize haulers. In fact, it's currently one of the things that the association is focusing on.

“We agree that smaller haulers often lack the in-house capability to address the wide variety of safety hazards their collection crews face and will be announcing a new Hauler Safety initiative next week," says David Biderman, executive director and CEO of SWANA. 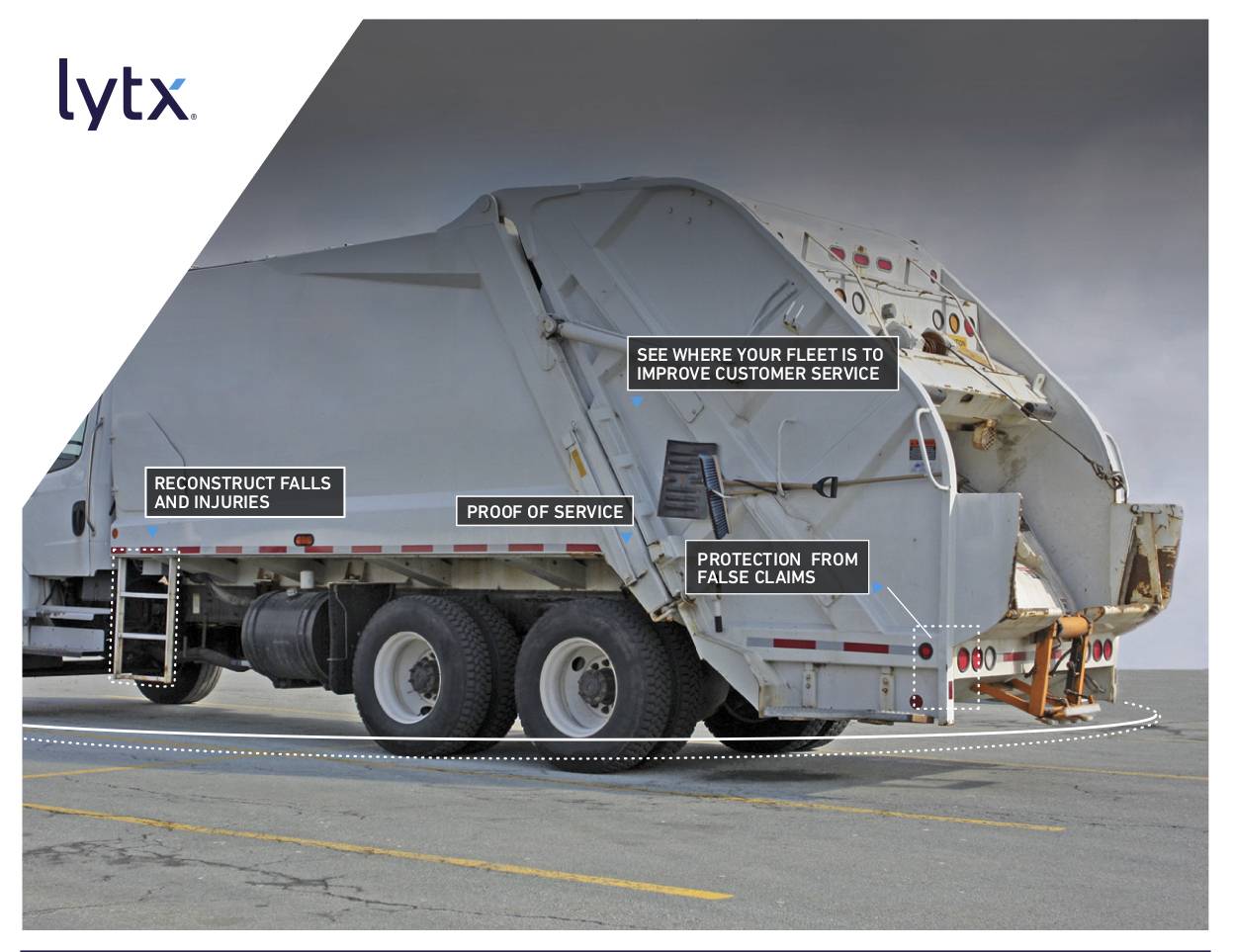 “Our technology is deployed in over 2,000 fleets, and more than 850,000 drivers are sitting behind the wheels of those vehicles,” says Lisk. “We receive a tremendous amount of video that comes to us, and this data allows us to identify trends to share with customers. Customers can then view the videos to see firsthand what the problems are and quickly work to overcome them.”

With this particular study, Lytx reviewed a range of events and cataloged them by preventability, severity, location, collision type and causation so that companies in various industries can become aware of the current collision trends. Knowing what the trends are can help customers tweak their education and training materials to address common bad habits or problems that many drivers share.

“Most collisions are preventable, and it really comes down to proper education and taking the right safety steps,” states Lisk. “Drivers used to be uncomfortable with cameras when they were first placed in cabs of trucks and in facilities, but now they are more understanding that these cameras serve as a safety and education tool that can help them be safer and better at their job. At the end of the day, we want everyone to be safe, and these technologies play a big role in that.”