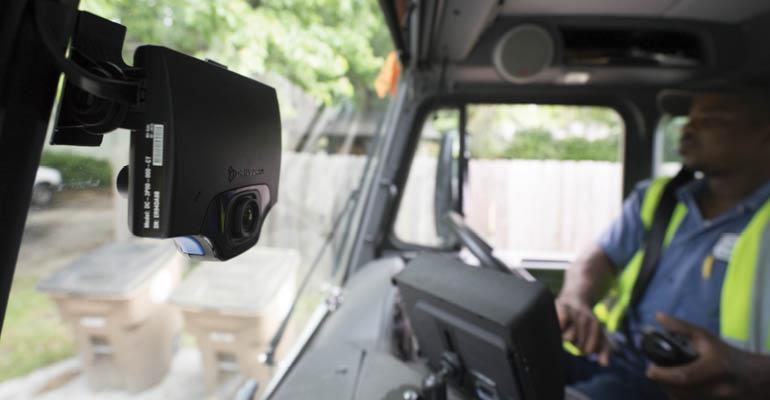 Drowsy driving, collisions and near collisions are among the most improved behaviors, according to the report.

Lytx, a global provider of machine vision and artificial intelligence-powered video telematics solutions for commercial and public sector fleets, shared its second annual "State of the Data" presentation at the American Trucking Associations Management Conference and Exhibition (ATA MC&E). Based on more than 6.2 billion miles of driving data from Lytx trucking clients this year alone, the presentation highlights noteworthy trends in truck driving safety and concentrated areas of risk.

"For the second year in a row, we put our more than 100 billion miles of driving data under the microscope to uncover new insights at ATA MC&E that will help trucking fleets of all sizes improve safety and their bottom lines," said Brandon Nixon, chairman and CEO of Lytx, in a statement. "With the fastest-growing database of analyst-reviewed video of commercial driving behaviors in the world, Lytx is uniquely positioned to detect driving and roadway risks, as well as to identify trends and opportunities that can help save lives and improve the safety of the communities we serve."

Lytx captured 5.5 million risky events between November 2018 to August 2019 from its trucking clients. Of those incidents, the following road segments contained the highest concentration of risk, according to Lytx's proprietary risk-scoring system:

All five of the identified road segments, including those on Route 309, are near interchanges or on/off ramps, which naturally represent areas of increased risk. The sudden lane changes and rapid changes in driving speed associated with these areas tend to amplify risk, especially amongst already risky drivers.

"Along with the risks their own behaviors potentially pose, it's incredibly important for drivers to be aware of the risk that exists outside their vehicles and how that risk varies throughout their journey," said Del Lisk, vice president of safety services at Lytx, in a statement. "By understanding which areas are more volatile, like specific highway ramps or cities, drivers can proceed with greater caution and employ strategies that allow them to avoid unnecessary dangers." 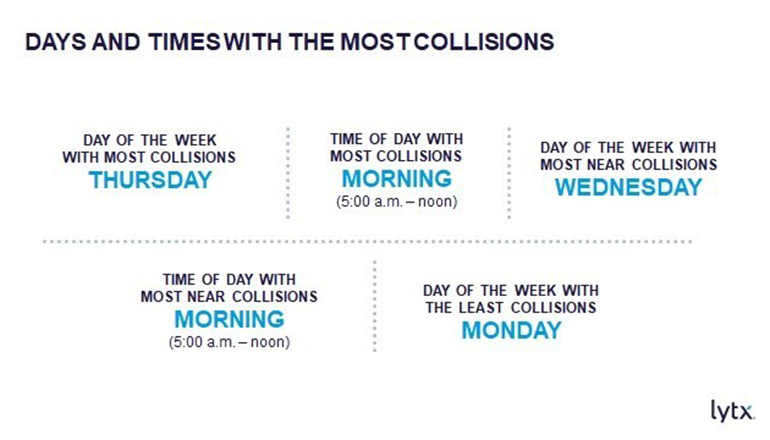 Aggressive driving occurs when the driver exhibited unsafe and/or unlawful actions, such as tailgating, weaving through traffic or excessively speeding, showing a disregard for their own safety, other drivers, pedestrians or property. Blank stare occurred when a driver's eyes were looking forward, but there was very little to no eye movement or activity, and as a result, the driver responded late to a situation ahead. Commonly referred to as daydreaming, this is one of the behaviors most correlated to getting into a collision. In fact, drivers who exhibit blank stare are more than 200 percent more likely to experience a collision in the next 90 days than a driver who does not display the behavior.

There are other risky behaviors lurking in trucking cabs that the industry will need to pay close attention to. Lytx's data shows the most prevalent behaviors among truck fleets and year-over-year frequency comparison:

"Given the unique operating characteristics of large trucks, they have longer stopping distances than other vehicles. This makes late response a critical behavior to identify and coach against," said Lisk. "Truck physics also play in a role in seatbelt use. Drivers sometimes have a false sense of safety and security in large trucks due to vehicle size and may fail to recognize the importance of seat belt use, especially in rollover crashes."

"There have been incredible improvements and powerful insights uncovered in the past year, and past two decades since our founding, but it's clear there's still work to be done in the name of safety,” added Lisk. “To get there, we must continue moving forward as an industry—and continue leveraging the smartest technologies to help us to do so. Lytx is laser focused on advancing the use of machine vision and artificial intelligence to uncover even more risk and opportunities within our clients' fleets, and we're excited to unveil additional capabilities early next year."