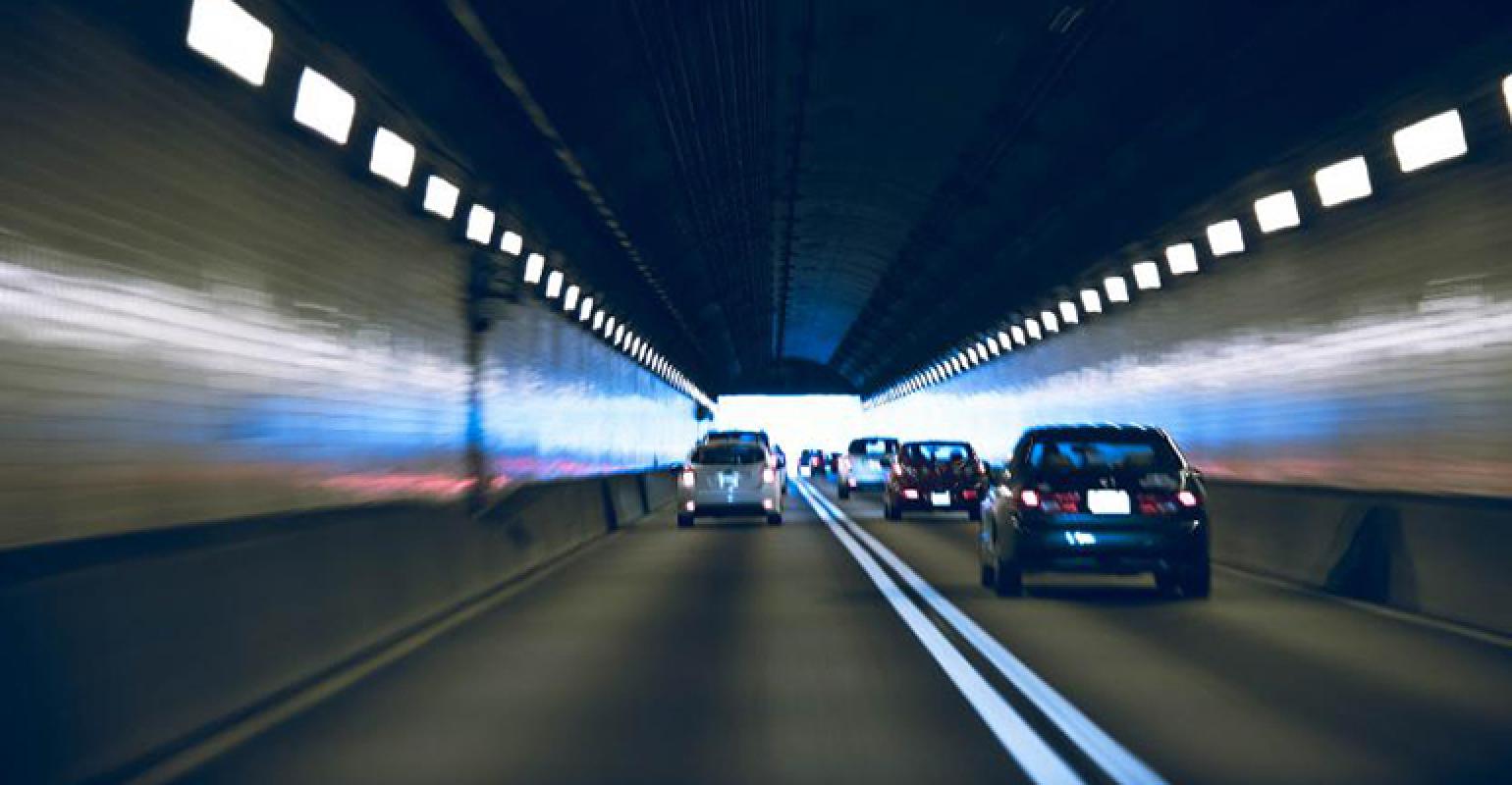 According to the data, more collisions occur at speeds below 5 miles per hour than any other speed.

These findings align with figures from the National Safety Council indicating more than 50,000 collisions occur in parking lots and garage structures annually—resulting in 500 or more fatalities and more than 60,000 injuries.

“The prevalence of collisions at lower speeds highlights how important it is for drivers to be vigilant about safety from the moment they first turn on the ignition,” said Del Lisk, vice president of safety services at Lytx, in a statement. “It is equally vital for fleet managers to know when their drivers are at the greatest risk of being involved in a collision, whether it’s while driving at parking lot speeds or on the highway. The ability to capture such low-speed or stand-still incidents is one of the features that sets Lytx apart.” 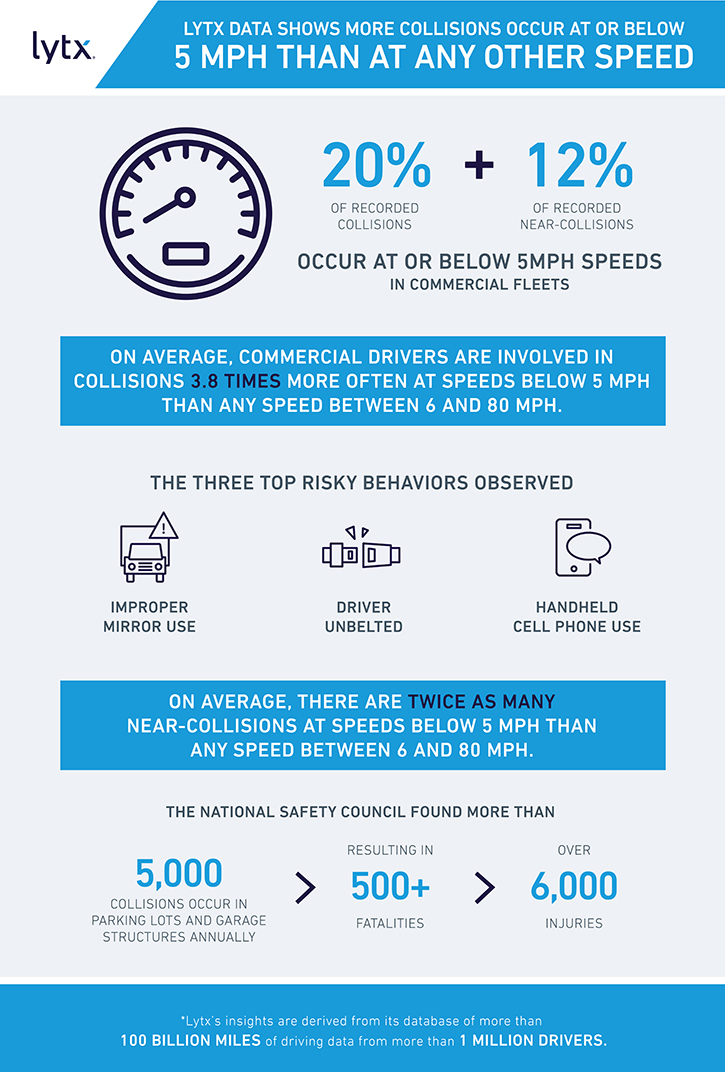 Given the predominance and dangers associated with these collisions, Lytx is committed to ensuring its clients are able to detect vehicle ignition and speeds under 5 mph, so they do not risk missing these critical incidents. Video is at the core of Lytx’s telematics offering, and it reports on device health and captures events—even if the vehicle is not in motion or is at speeds lower than 5 mph.

“Lytx is committed to helping our clients get the most out of their video telematics investment,” said Jim Brady, Lytx vice president of product management, in a statement. “The last 12 to 18 months have seen many new video providers enter the market. We are hearing from customers that quality tradeoffs are necessary in order to work with a quick-turn, low-cost video provider, including that their video is difficult to access and not available when the customer really needs it. We make video easy for customers to administer by offering a managed service, including a professional installation process and camera health monitoring to help make sure our customers are covered.”

Lytx’s data also showed the three top risky behaviors observed in events that occur under 5 mph—improper mirror use was the top associated risky behavior, followed by driver unbelted and handheld cell phone use. Lytx recently revealed that risky behaviors behind the wheel tend to cluster, meaning drivers who engage in one potentially risky behavior are often found engaging in others at the same time.

“Fleet managers must take a proactive approach to curbing risky behaviors behind the wheel to help reduce collisions at any speed,” added Lisk. “Many times, drivers become complacent and less vigilant when they are operating at a slow speed—they can pick up their phone or forget to check their mirrors. We’ve also found that if a driver is operating a vehicle while unbelted, they tend to be more careless or will engage in other potentially risky distractions, such as eating, drinking, smoking or using another device, intensifying the need for coaching and behavior change.”