How to Use Proactive Controls to Address Driving Risks 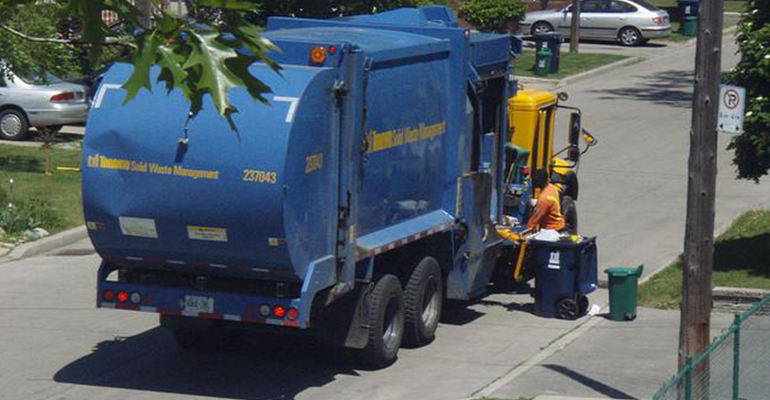 While “Slow Down to Get Around” legislation is now in place in more than 30 states, waste and recycling industry drivers still face numerous risks on the road.

Refuse and recyclable material collectors were employed in the sixth deadliest occupation in the nation in 2020, according to the U.S. Department of Labor’s Bureau of Labor Statistics (BLS). While this is down one spot from 2019, addressing the risks that plague industry drivers on the road continues.

Employers must be knowledgeable about the makeup of their entire fleet. They also must know details about the drivers such as whether they are full time or part time, whether they are on collection routes, transfer, operations or even sales.

“To say that we have a bit of a problem is a bit of an understatement,” he indicated. “And the worst part about this is that we are actually getting worse.”

Between 2005 and 2008, Bayne noted a decrease in the number of fatal and non-fatal crashes. Once smartphones and the use of GPS proliferated throughout the nation, the number of distractions on the road multiplied as well.

Despite stay-at-home orders and an economic downtown, fatal motor vehicle crashes jumped in 2020.

“We had drivers who saw fewer cars on the road during their daily commutes, and so they took that opportunity to increase their overall speeds,” he said. “Believe the numbers or don't believe the numbers, we can look at the headlines, and they speak very clearly themselves. The number of crashes and death rates are going up and trucking fatalities are the highest in 30 years.”

While numbers are going in the wrong direction, focusing just on them can be compared to “driving by looking out the rearview mirror.”

Safety is not the absence of accidents, but the presence of defenses or controls. Having these defenses in place will assist in reducing motor vehicle accidents.

Management commitment or buy-in is needed to receive employee buy-in.

“We need a team and army in fact, really pushing for the same goal,” Bayne said. “And if that person at the top doesn't believe in the mission, then all hope is essentially lost because they're going to be butting heads with you. They're going to be constantly countering everything you did with different priorities.”

Bayne continued, saying that a dynamic safety program must be crafted. He recommended following Todd Conklin’s 5 Principles of Human & Organizational Performance. The Risk Management Cycle also should be taken into consideration.

Bayne concluded, “Now many of you may have never had a fatal crash. You may have never had any significant motor vehicle crashes. But that doesn't mean you won't have one in the future. So, we have to understand that just because we've been good doesn't mean that we're going to be great moving forward. Be proactive with your controls because your employees want to be safe. They want to be go home in the same condition that they showed up.”