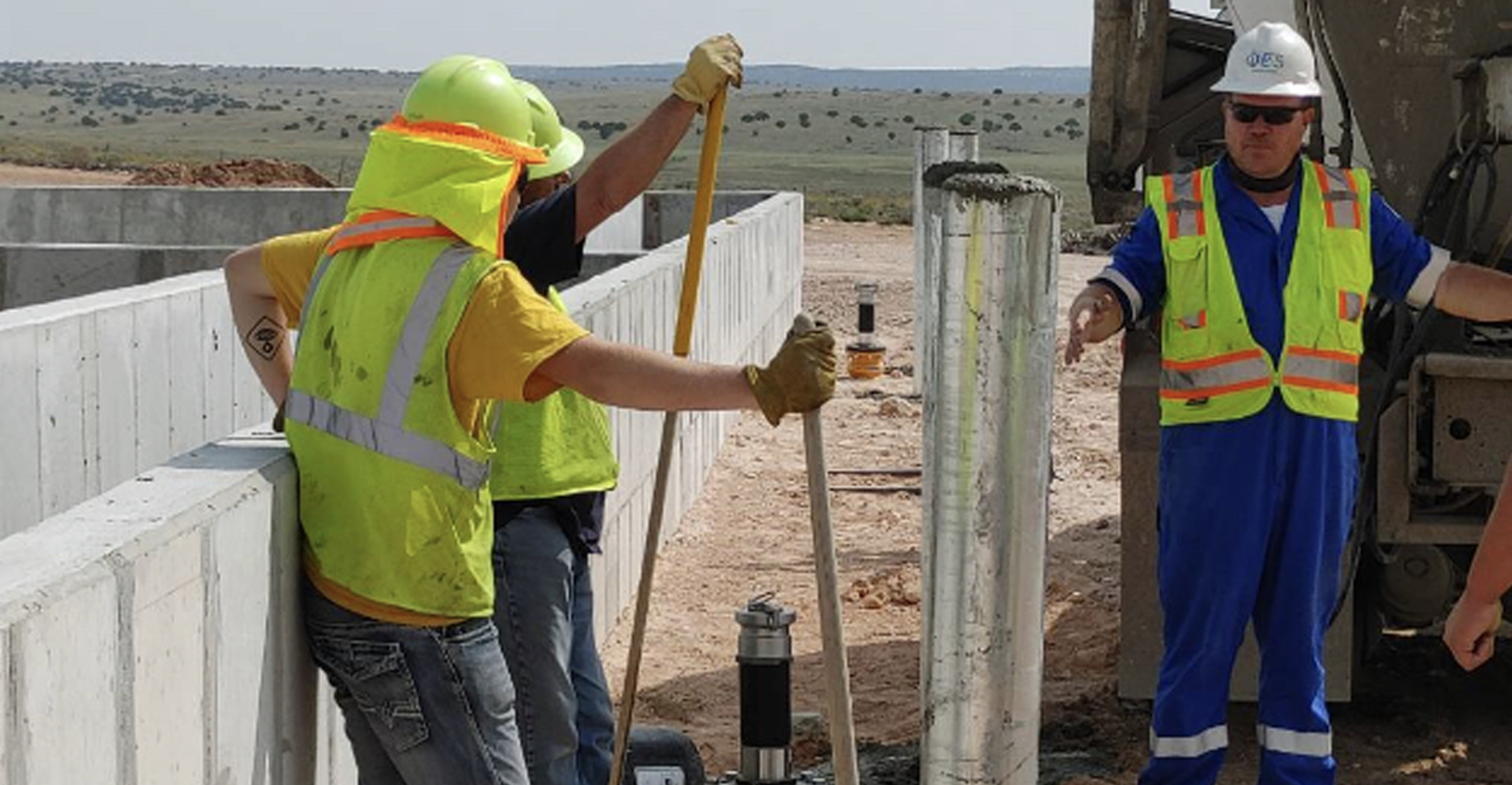 The Estancia Valley Solid Waste Authority (EVSWA) has for years given thought to the safety of its workers and all those they come in contact with, but still it had one of the lowest safety ratings of solid waste operations in New Mexico – until a few years after it launched a program to incentivize employees to be more vigilant. Now EVSWA’s ratings have risen to the top in the industry in its state. Its experience modifier (that compares companies’ workers comp claims profiles) was 2.47 in 2016 resulting in a $70,000 premium. In 2020 it was .85 bringing the premium down to $24,000.

Its incentive program to improve safety through all these operations has three-tiers. Employees who are recognized at the top tier earn 25 points toward a gift card and get a decal to place on their hard hat showing they went above and beyond to try and ensure safety. Tier 2 recipients earn 10 points. And Tier 3 is branded as “Work safely today; someone expects you home tonight;” employees get a decal that is not so much an award, but this incentive takes the form of a reminder that they are expected to put safety at the front of everything they do every day.

“It’s up to the discretion of the supervisor to decide what tier to assign in a given situation in order to recognize the danger and work to mitigate that danger. But the idea is to make sure everyone is responsible on a daily basis and to use a positive approach rather than a disciplinary one,” says Danette Cabber, deputy director of Estancia Valley Solid Waste Authority.

Cabber, who works hands on with employees throughout the operation, gives a real-life scenario that she decided was worthy of top-tier recognition.

Staff are working on a wind farm project, taking down large blades for disposal.

“We take blades off the truck and each one can weigh 12 tons. If they are not properly managed, they could crush and kill someone. So, we taught staff how to safely unload and dispose them, and we recognized them for doing so,” she says.

But even “smaller,” every day activities become center focus, whether wearing masks, not using cell phones while driving, or slipping into protective gear while swinging a sledgehammer or walking on the landfill surface.

Management was working on instilling a safety culture before it began assigning special recognition, with its earliest efforts being a form that employees fill out to identify job hazards they may see in the field or in the office. Managers do a job analysis for each employee, based on the form responses, every three months.

And they point out when they see a potential safety issue based on how employees fill out the form. Supervisors and a representative from each department come together for safety meetings to discuss identified concerns.

“We include representatives from each department because supervisors may have one idea, but we can get more perspective from employees of what some of their issues are on the job,” Cabber says.

The tiers for the incentive program were actually created at these meetings.

As key to establishing a working safety culture she believes is that supervisors be present to ensure employees are following protocol and that they continue to check in.

Supervisors ensure workers follow practices from wearing their hard hats, and yellow vests to being fully aware of how they load and unload  trash. Beyond these types of protocol, they guide them in following all the safety measures developed by the Solid Waste Authority of North America (SWANA) and the Occupational Safety and Health Administration (OSHA).

“Safety is everyone’s responsibility first; second is that supervisors are checking on employees routinely; and last is that I perform routine checks,” he says.

He finds time to go into the field to do these checks and capitalizes on this practice in other ways.

“This helps to keep complacency out of the workplace and lets my staff know that I care about them.  Visiting with them allows me to have one-on-one conversations with them and get insight as to how to become more efficient in their areas of responsibilities.  I also take this opportunity to recognize their achievements and make the work environment positive and friendly,” Lucero says.

The Authority also taps into monthly training provided by the New Mexico Self-Insurers Fund in areas such as Lock Out Tag Out (to ensure that machines are properly shut off and can’t be restarted before work on them is complete). Employees train in CPR, defensive driving and in more human-centered areas, such as sexual harassment and dealing with irate customers to de-escalate situations.

“It is a combination of efforts, the cooperation of all supervisors and employees, and understanding what we wanted to accomplish that led to the improvements,” Cabber says.

It took three to five years to turn the scenario around, where always thinking and acting with safety in mind became natural.

One discovery management made along the way is that many employees assumed accidents can’t happen in the office.

Now they are more aware they could trip over furniture or if a file cabinet drawer were out they could fall.  They keep walkways clear of boxes, and they even make sure there are no loose ends on their clothing that the paper shredder could grab.

Going back to the incentive program piece of the safety push, Cabber says, The practices themselves haven’t really changed since the program’s launch. What’s changed is that they began talking about the processes in place.

“Now employees read their personnel policy when they may not have before. And [beyond that] it’s just part of their daily routine to follow certain protocol and be more aware and proactive.”

They seem to feel safer and accepting of the safety culture she notes.

“They want to go home to their families at night. And when they see a potential hazard they want to take steps to make sure they are safe.”