Getting Your Business Back to Normal: Should Employers Require COVID-19 Vaccines? 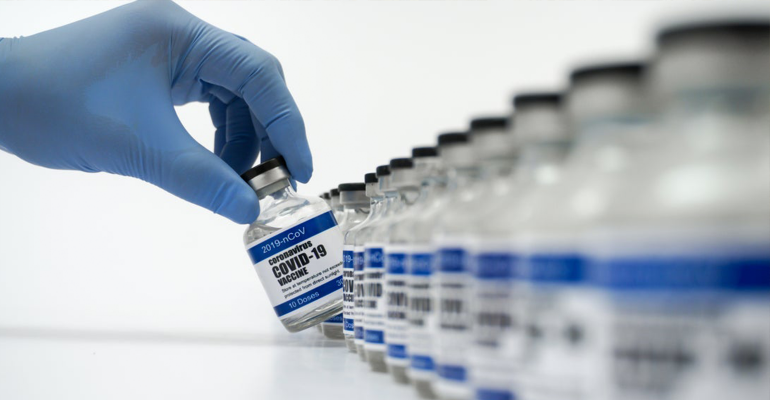 It's been a year since the COVID-19 pandemic shut down much of the world.

Guidance has expanded as the Centers for Disease Control (CDC) and other government agencies learn more about the virus. Employers of all industries continue to adjust their workplace safety programs as the hazard persists.

On March 12, 2021, the Occupational Safety and Health Administration (OSHA) released the details of its COVID-19 National Emphasis Program. While the agency does not include the solid waste and recycling industry as part of its efforts to target high-risk industries, key takeaways focusing on areas such as whistleblower protocols are included in the new document.

The National Waste & Recycling Association recently held a webinar to discusses how employers can return to pre-COVID business operations.

Adele L. Abrams, Esq., CMSP, firm president of the Law Office of Adele L. Abrams P.C, told attendees that "none of the current OSHA emergency temporary standards require vaccines. but for this to be effective for us to reach herd immunity, for there to be a semblance of normalcy in the future, we're going to have to reach 70 to 90% vaccination levels, and we are really far away from that." Abrams pointed states such as Texas that had a 5% vaccination rate as of late February.

One of the complicating issues in mandating vaccines for employers begins with the fact that the Food and Drug Administraion (FDA) has yet to to approve any of the vaccines for another other than emergency use authorization.

"There's FDA regs that say you can't force somebody to get an emergency vaccine," Abrams said. "Even the military has said, we can't force you to get this vaccine under the Geneva Convention because it is an emergency use drug that hasn't gone through the more stringent clearance process."

While OSHA has been silent on the topic, the CDC and the National Institute for Occupational Safety and Health (NIOSH) have told employers to encourage workers to get vaccinated. This can be accomplished as part of a workplace wellness program.

Employers can launch a worksite vaccination program to provide access to the vaccine in the workplace. If the worker has a side effect from the vaccine, it will be covered under workers' compensation. However, vaccinations for third-party contractors present a different set of risks.

"If a third party, like a subcontractor or someone from a staffing agency has a bad reaction to the vaccine that you've administered to them at your worksite, that is a tort action. That's personal injury or that's wrongful death. So there are some issues that are kind of lurking below the surface," Abrams said.

The emergency approval of Johnson & Johnson's Janssen COVID-19 vaccine could be a gamechanger. Because it is a one-shot process, this makes it more feasible to do on-site vaccination and doesn't require the refrigeration requirements of the other products available. With this option there is no need to track down workers for a second shot after 28 days or account for them leaving the company in the interim.

Not only are there safety issues that arise under OSHA, other laws in place protect workers from discrimination that could occur with an on-site vaccination program.

""There may be people who have religious objections to getting a vaccine. You can't discriminate them against them for that," Abrams noted.  "The pre-screening questionnaires that the medical professionals typically have you fill out before you get the vaccine can reveal information. The worker has protections under the Genetic Information Nondiscrimination Act, the Americans with Disabilities Act, even things like the Age Discrimination Act, because their age is going to be on the questionnaire."

Certain employment and labor laws also present issues, such as operating the program in a union environment which coincides with the National Labor Relations Act to whether an employer has to pay workers while they are waiting in line for a vaccine.

Abrams explained that "if you're sending them during working hours and paying them to do it and the line gets long,  you're going to be on the hook for that if the worker is eligible for overtime."

The question of the time period between shots in a two-step process also complicates the situation. Not enough data is available to know what happens if too much time passes between the first and second dose.

"They do not have data that shows what happens if you wait  60 days to get the follow-up shot," Abrams said. "It may not have that same reaction in terms of stimulating the antibodies.There could be some dangers as well if you have a partially-inoculated public where it's only 50%. That could give rise to perhaps more resistant strains."

At this point, its recommended to just follow manufacturers' recommendation. Pfizer's current timeline is 21 days and Moderna's is 28 days.

One final complication is for employers is state-by-state eligibility. If an employer has not reached an agreement with the health department to make vaccines available to every worker as part of an on-site program, there is going to be variability as to who can get it. Because of this, reverse age discrimination can be a factor.

"Until that all stabilizes, it's going to be a bit difficult for employers to have a unified national approach to whether they are going to require vaccines were they encouraged them," she said.

Abrams concluded, " You know, my recommendation short term is don't mandate them, because there will be litigation on that."