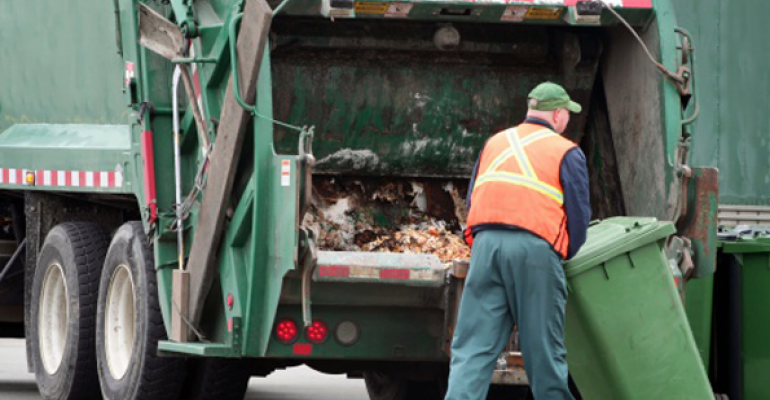 The top five citations for commercial drivers were for violating state/local laws, speeding, failing to use a seat belt, failure to obey a traffic control device and using a handheld phone.

Operation Safe Driver Week, a safety initiative of the Commercial Vehicle Safety Alliance (CVSA), aims to call attention to driver behaviors, the main cause of crashes, and combat those behaviors through heightened traffic safety enforcement and educational outreach. Efforts like this are especially important in the waste and recycling industry, which is regularly listed as one of the top 10 dangerous jobs in the U.S.

According to the U.S. Department of Labor's Occupational Safety & Health Administration (OSHA), collection is one of the most dangerous activities in the industry. Workers have lost their lives due to being backed over by trucks or struck by oncoming vehicles as they were exiting the trucks they were driving. According to a U.S. Bureau of Labor Statistics report, refuse and recyclable materials collectors continued to have a high fatality rate in 2016, with 34.1 fatalities per 100,000 full-time equivalent workers.

In addition to the citations, officers issued a total of 87,907 warnings. CMV drivers were given 29,908 warnings, while 57,999 warnings were given to passenger vehicle drivers.

The top five citations issued to CMV drivers were:

The top five citations issued to passenger vehicle drivers were:

According to the National Highway Traffic Safety Administration (NHTSA), in 2016, 18 percent of drivers involved in a fatal crash were speeding at the time of the crash, and 27 percent of those killed were in a crash involving at least one speeding driver.

NHTSA research found that of the total number of people killed in motor vehicle crashes in 2016, 48 percent were not wearing a seat belt. Seat belts could have saved an estimated 2,456 people if they had been wearing one. For professional drivers specifically, safety belt usage by commercial truck and bus drivers was at 86 percent in 2016, according to Federal Motor Carrier Safety Administration survey data.

According to NHTSA, in 2016, 3,450 people were killed in motor vehicle crashes involving distracted drivers. NHTSA also estimated that of the total number of roadway deaths, crashes and injuries, 660,000 drivers were using an electronic device while behind the wheel. Of the total number of fatal crashes, 10 percent involved the use of a phone. And according to the Centers for Disease Control and Prevention, each day in the United States, approximately nine people are killed and more than 1,000 injured in crashes reported to involve a distracted driver.

“During Operation Safe Driver Week, law enforcement officers throughout the United States and Canada aimed to reduce the number of crashes on our roadways through an effective mix of education and enforcement of highway safety,” said CVSA President Christopher Turner with the Kansas Highway Patrol in a statement. “By improving the driving behaviors of all drivers operating in an unsafe manner, either in or around commercial motor vehicles, we are working our way toward the goal of zero roadway deaths.”

Major groups across the waste and recycling industry—the National Waste & Recycling Association (NWRA), the Solid Waste Association of North America (SWANA) and the Institute of Scrap Recycling Industries (ISRI)—have made it a point to focus on safety throughout the industry. They have been working to promote knowledge of and compliance of Slow Down to Get Around legislation to better improve safety for all collection workers.

“SWANA is a strong supporter of CVSA activities such as Operation Safe Driver Week,” says David Biderman, SWANA’s executive director and CEO. “With the high level of accidents and fatalities involving the waste collection component of the industry, focused attention on unsafe driving behaviors, by both industry drivers and the motoring public, is very helpful. SWANA will continue to work with CVSA and others to get waste collection employees off the list of 10 most dangerous jobs in the United States. Nothing we do is more important.”

When it comes down to it, fatal accidents in the waste and recycling industry can be prevented by taking proper precautions. Here are some vehicle operations safety tips provided by OSHA: