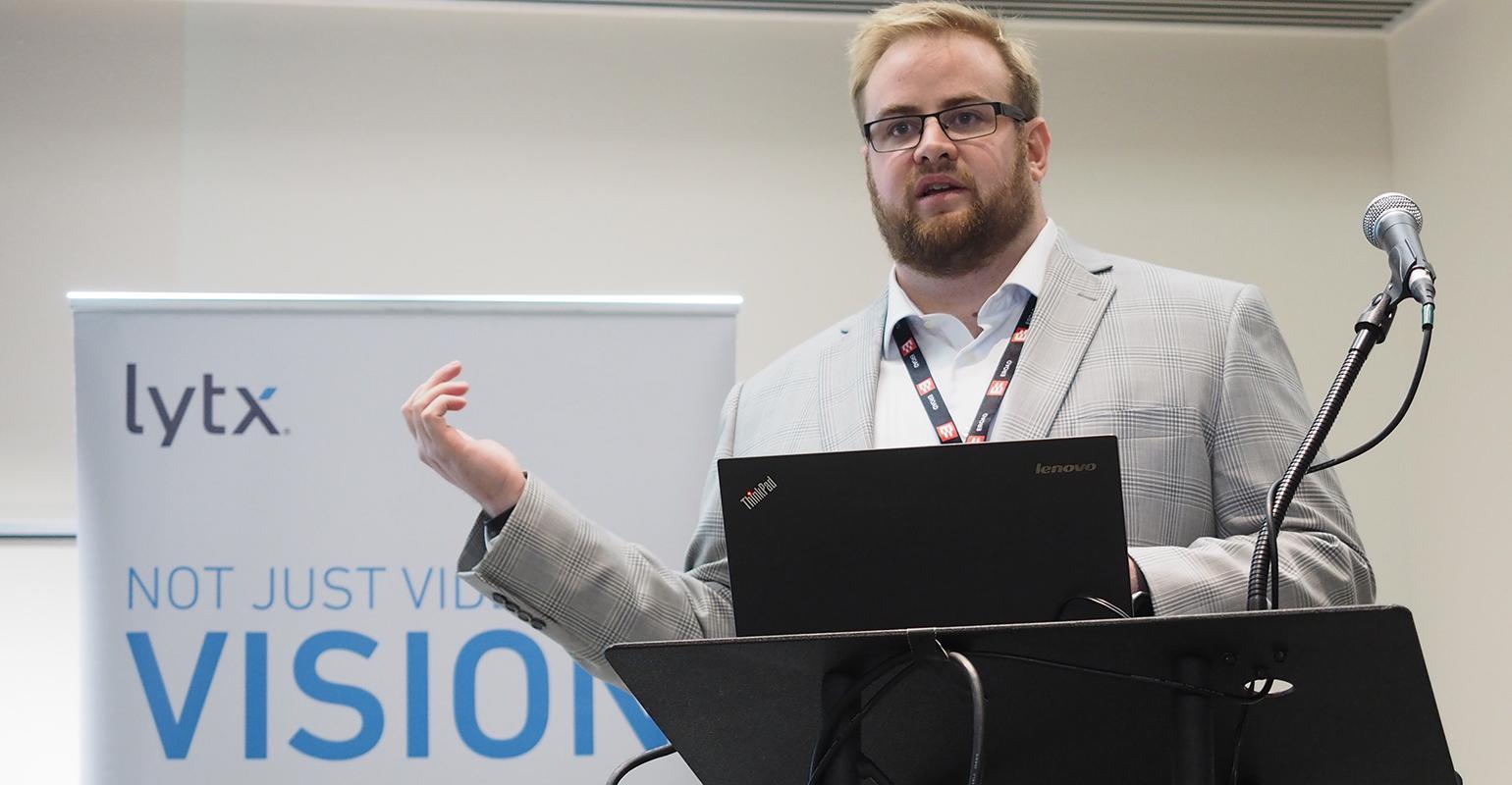 Across its video systems client base, Lytx tracks about 120 collisions every day and another 300 avoidable near-misses. The company analyzed a portion of anonymized data and found that if you're a truck driver and do certain things, you're likelier end up in a wreck, and certain days and times are riskier, too.

What's the biggest crash-likelihood predictor? If a truck driver has been in a collision. That's the number-one statistical indicator that driver will be in another crash within 90 days. Following that is having a blank stare, drowsy driving, not wearing a seatbelt, having a late/ delayed response, not leaving an "out" such as when merging in too tight, and having an avoidable near-collision, which are risky behaviors numbers 2 through 7.

Interestingly, if a driver has an unavoidable near-collision, that's the eighth predictor of a likelier crash in 90 days, since the final two behind that seem like they could easily lead to a wreck: aggressive driving and falling asleep, respectively.

The most commonly found of all those behaviors, meanwhile, is not wearing a seatbelt, and Lytx research data analyst Ryan Brandos suggested that "drivers who are willing to take a risk with their personal safety may also be likely to take risks with vehicle safety." He dug further into the data, discussing the times of day or days of the week when problem behaviors are more likely.

"Fundamentals—following distance and traffic violations, things like [running] red lights and stop signs, those tend to take place on Thursday," he noted. Lytx hasn't yet figured out the correlation and why that's the case.

But there's another observation the company has had. Drowsy driving and good old-fashioned "oops" errors seem to happen more on Tuesday.

"As an aside, my thinking on the driver condition piece—drowsy driving—on Tuesday is that Monday Night Football is to blame," Brandos speculated. "That's one of my pet theories."

There's some support for it, he explained: the difference with those drowsy driving instances on Tuesdays "is very, very noticeable," he said. "The trend was so strong that I wanted to take a look and dig deeper to try to understand why that was such a huge disparity. That's how we came up with the potential that the NFL might be affecting our driver pool."

The trend tracks higher during football season, Brandos noted, and is worse on the East Coast, where truck drivers who tune in would be staying up later. Still, it's only a theory.

In addition, driver awareness incidents like distracted driving, cell phone use, late responses and so on and adverse outcomes problems such as near-collisions happen most often on Fridays at the end of the workweek, Lytx has determined. Risky/ problem behaviors are more likely as the week wears on, starting off generally low and peaking on Fridays.

But that's not when the most collisions occur. Those are concentrated highest on Wednesday morning from 2 to 4 a.m., according to Lytx, and the overnight period from 11 p.m. to 5 a.m. generally sees the more collisions for any day of the week.

"This is what our customers care about most—this is where most of their dollars and cents are lost, from a safety perspective," Brandos noted.

Going back to Friday and the "weekend brain" syndrome that may affect truck drivers and others on the road, where near-collisions and distractions ramp up, that actually happens in the afternoon, he said, rather than the typically more dangerous overnight period.

"We're also able to narrow things down and see which areas of which roads have the highest concentration of risk," Brandos said. Lytx has mapped out and correlated trucking data points in half-mile segments of road, examining how many risk points/ behaviors occur there.

The number one and two riskiest portions of road are on Rt. 309 near Allentown, Pa., right in half-mile stretches with high truck volume and highway interchange sections. The first is near Vera Cruz Rd. in Upper Saucon Township and the other is near West Emmaus Ave. in Allentown.

Two road sections in between those riskiest zones are creampuffs by comparison, one ranked down at 103rd and the other 811th for risk.

These riskiest roads, according to Lytx's proprietary scoring system, are an average of 172 times more risky than the rest of the roads the company has mapped across the country. But that's only in terms of risk scores for trucks and truck drivers.

The riskiest portion of road for all vehicle and driver types is a little more predictable: it's the Las Vegas Strip, Brandos pointed out.

"With this information, we're hoping to give our customers deeper insights into how the roads affect their risk profile," he said. "If they can somehow make a route around these things or avoid them at certain times of the day that are riskier, can they lower their risk profile?"

Aside from all these observations on truck driver risk and risky behaviors, Brandos also noted that truck drivers Lytx has tracked got significantly safer this year. In the three most recent months of 2018 data available, the company observed about 358,000 fewer instances of risky driving behavior than those same months in 2017.

"It just goes to show that the trucking industry as a whole that we serve has been making tremendous strides in reducing the instances of risky driving behavior," Brandos said.