Waste360 recently spoke with the 40 Under 40 recipient about starting his own business, selling to Casella and how he has helped improve the company's safety efforts. 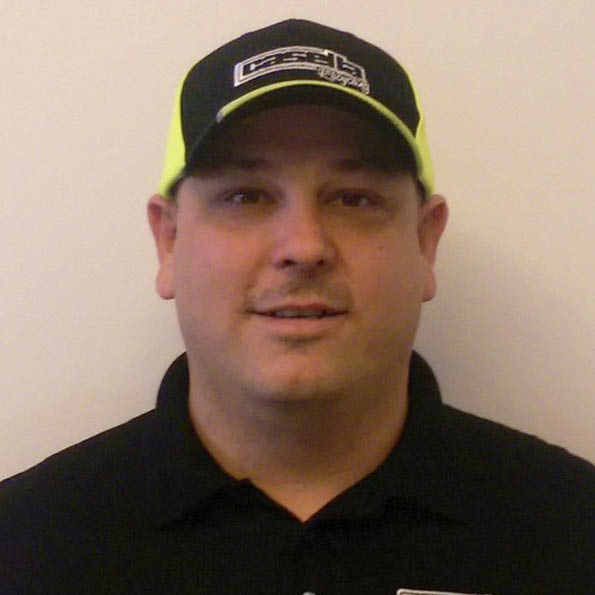 Jonathan Bell, operations manager for Casella Waste Systems, started his career in the waste and recycling industry by creating Neighborhood Garbage Company in Plattsburgh, N.Y. After running his business for close to six years, Bell made the decision to sell to Casella.

Bell started off at Casella as a route supervisor and worked his way up to operations manager. Throughout his career, Bell has helped boost Casella's safety efforts by creating retraining programs and working closely with employees to ensure that they are comfortable with every aspect of their jobs.

Waste360 recently spoke with the 40 Under 40 recipient about starting his own business, selling to Casella and how he has helped improve the company's safety efforts.

Waste360: What were some of the challenges you faced early on in your career while creating your own company?

Jonathan Bell: I was 23 years old when I started Neighborhood Garbage Company. I had never worked in the waste and recycling industry before, but I did have a general idea of what the industry was made of.

The hardest part about starting out and growing a business is that it's expensive. You have to decide whether to take capital loans or to try and pay for it out of pocket. I personally did a little bit of both.

The other challenge about starting a business is managing your time. You're going to work long hours, and there were plenty of weeks where my team and I worked seven days a week just to get the carts delivered that we weren't able to deliver during the week due to garbage pickup.

I certainly learned the hard way on many business aspects, but eventually I discovered that there were easier ways to do things. For example, billing and routing was tough for me at first, but then I invested in a software system called Trash Flow and that helped me manage the billing and routing side of things. One you get the revenue side of the business down, it's not that hard to gain capital for business.

Waste360: What made you sell Neighborhood Garbage Company to Casella?

Jonathan Bell: Casella had reached out to me, and I knew the previous owners of another business they acquired in the same area. A few former members of Casella are friends of my family, and I had talked to them multiple times about dollars and cents before making my decision.

In the long run, I am pretty happy it happened because at the time I had just went through a divorce and I had my kids seven days a week. I still have them full-time, but it wasn’t easy to run around delivering carts on the weekends and taking care of them when they were just 5 years old.

My plan was to sell the business and get into an entirely different field, but Casella offered me a chance to stay with the company as a route supervisor so I took that opportunity. It was a difficult experience, but I learned a lot and it was the right move considering how much work I was doing before selling.

Waste360: Tell us about your current role as operations manager for Casella.

Jonathan Bell: I oversee all of the drivers, routes and a couple of transfer stations for our division. We have three dispatchers and a route supervisor so I mostly monitor productivity, safety and customer service.

We have been able to implement a bunch of new equipment here, which has created a lot of positive changes and allowed us to cut down on trucks.

Managing all of those different components keeps me busy, and I would say the most important aspect of my job is making sure that we are where we are supposed to be with safety, productivity and customer service.

Waste360: Can you highlight some of Casella's safety efforts?

Jonathan Bell: A couple years after I came on with Casella, I fixed a bunch of routes as one of my first projects. As we gradually introduced new equipment into our operations, I got involved with the safety portion of the company. It's one thing to say you believe in safety and that you want your employees to be safe, but at the time we weren't working toward any specific safety goals.

To increase our safety efforts, we started holding safety meetings more often and our route supervisor now does approximately 30 pre- and post- trip observations per month. Along these observations, he places tags on different spots on the trucks several mornings a week so that the drivers doing their pre-trip checks can find the red tags to show that they're doing thorough inspections.

We also observe the work that the employees in the MRFs and landfills are responsible for. Those in charge of the safety observations fill out forms so that we can monitor when something goes wrong and offer retraining for those who need it.

Previously, employees would get written up if they had a safety violation, but now the employees are able to be retrained so that they can learn from their mistakes and learn the proper safety precautions. We have also rolled out some safety bonus programs to reward employees for their strong safety efforts.

We have also made a commitment to enhance our facility inspections. Within the first 15 days of the month, we focus on getting the facility inspection done so that we have some time to review it and discuss what needs to be fixed. Then, we give ourselves 15 days to fix the problems. This process has really helped us stay on top keeping our facilities and employees safe.

Waste360: What advice would you give to someone who wants to start their own waste and recycling company?

Jonathan Bell: Casella has a training program for operations managers, and that's a good way to get started in the business once you finish college.

I would suggest signing up for a training program within a waste and recycling company because you'll get paid and you'll get to know the industry better.

If you're going to start off on your own, the easy part is finding contracts, capital and leasing. I would highly advise getting equipment and a contract under your belt and going from there.

It honestly depends on what area you're in, but the industry can be very competitive in some areas. You may have to sell subscriptions door-to-door to get started so you should be aware of that. You also have to be prepared to sweat and do the hard work, but ultimately you cannot do that if you don't have some funding to start off with.