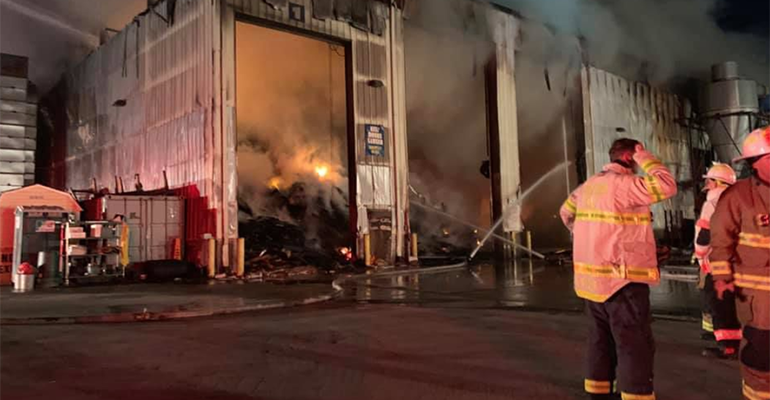 In August one of the industry’s professionals paid the ultimate sacrifice after he was injured in a facility fire.

The summer is finally coming to an end. For most people, the end of summer is a time to fondly recollect the fireworks, barbeques, camping trips, vacations, home projects and working outdoors on our perfectly manicured lawns. For those of us in the waste and recycling industry, we know all too well the collective sigh of relief that we can breathe as the dreaded summer spike in fire incidents begins to move toward the rear-view mirror.

The waste and recycling industry has experienced a summer increase in fire incidents for decades. These fires traditionally are caused by the public’s enjoyment of summer. Hazards from propane tanks, charcoal and fertilizers end up on our tip floors that result in close calls to complete destruction of our waste and recycling operations. As new hazards from lithium-ion batteries continue to flood our waste stream, these incidents have been growing at a steady rate over the past few years.

During the past 12 months, the waste and recycling industry has experienced 331 reported facility fires in both the U.S. and Canada. Based on reasonable assumptions, we can extrapolate that 1,800-plus facility ﬁres have occurred during that time, which, based on the number of facilities reported by the Environmental Research & Education Foundation, is more than 40 percent of the industry. I define “reported facility fires” as any fire that has been reported by the media that occurs at a waste or recycling facility. Typically, those fires are the two-alarm fires that require fire professionals to arrive on scene. 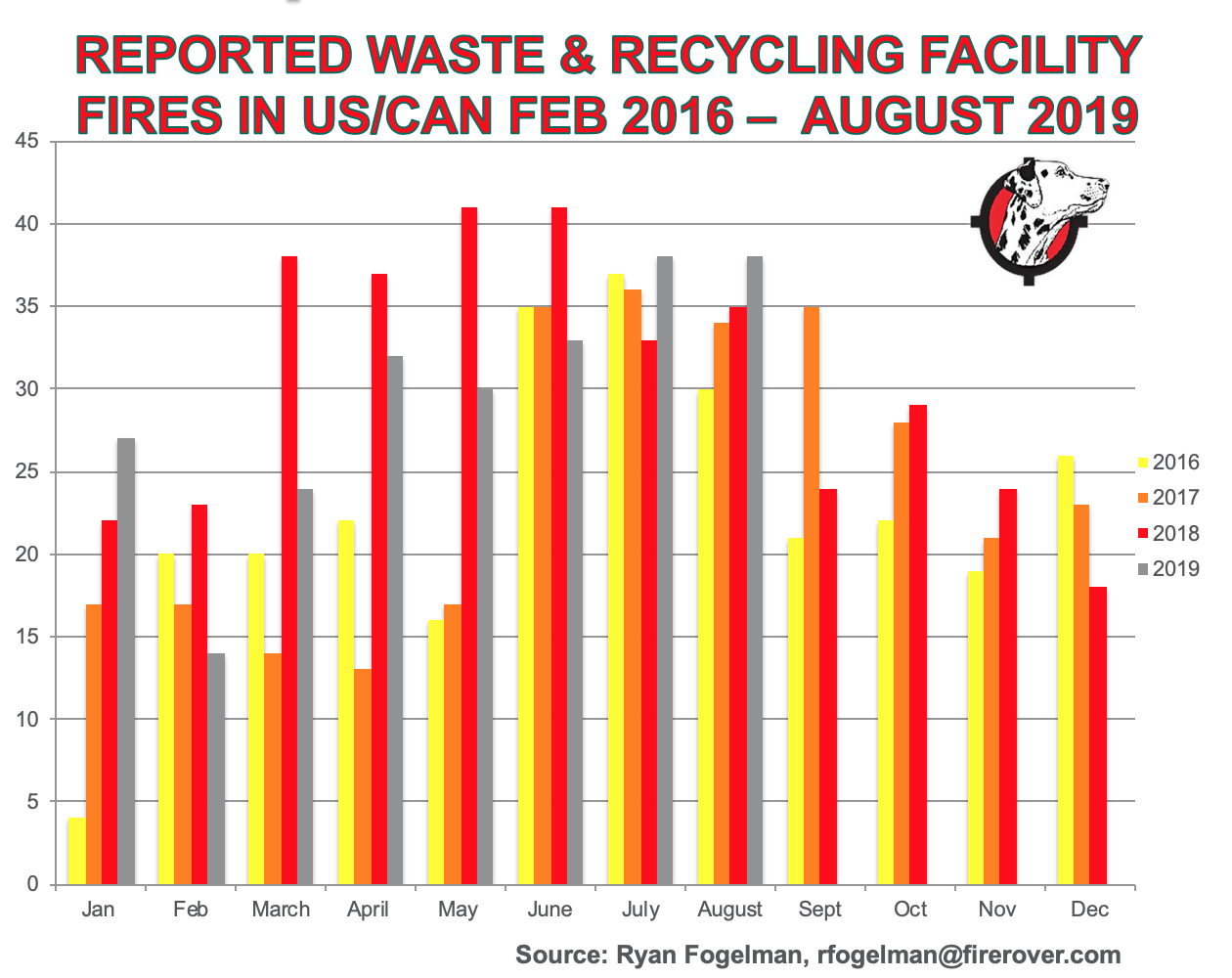 In last month’s article, I reported that we had endured 30 injuries as a result of waste and recycling facility fire incidents in June and July of this year. Over the past 12 months, there have been 37 injuries due to these fire incidents, with a significant percentage of these injuries to the fire professionals. The scary thing is that 68 percent (25) of these injuries occurred during the past three months.

In addition, since I began consolidating the waste and recycling facility in February 2016, I identified 60 injuries in 30 different incidents. 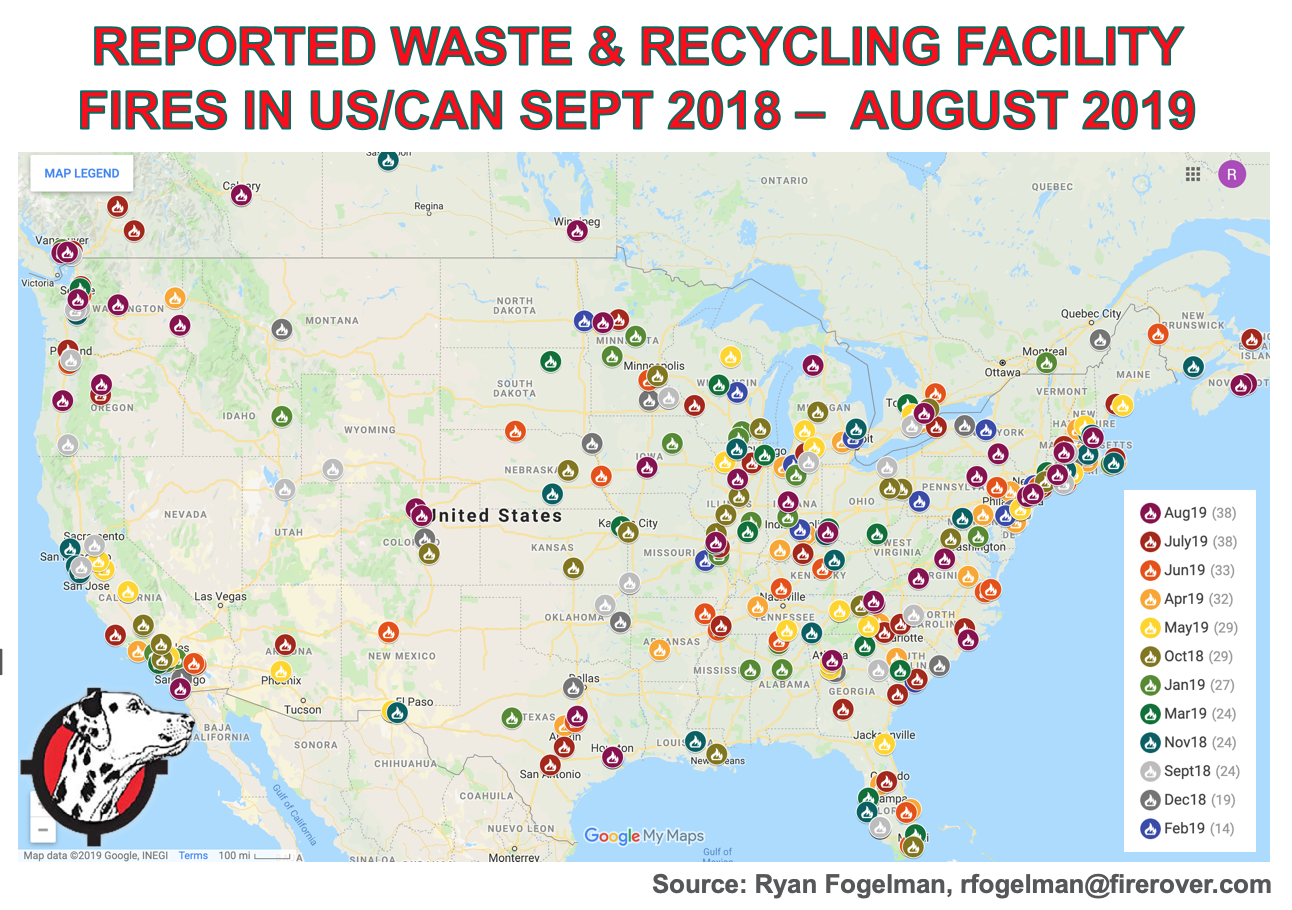 One of the biggest reasons I see waste and recycling facility fires fall in priority as compared to the other industry hazards we face is that we are fortunate most of these incidents are controlled without fatalities. Yes, we face injuries, but typically those injuries are mendable and the employee or the fire professional gets to go home after recovery. I am sad to report that in August one of the waste and recycling industry’s professionals paid the ultimate sacrifice after being injured in a facility fire.

So, this month in lieu of highlighting a particular expert, issue or data mining, I feel it is appropriate to share Antoine Williams’ story in order to highlight the real effects we face as a result of working in an industry facing real hazards on a daily basis. Williams’ story does not highlight him as a victim, but as a great employee, always willing to go above and beyond to excel at his profession. As we just celebrated Labor Day, let his story resonate to every one of us who works not only to get a paycheck but to leave our mark on the world. 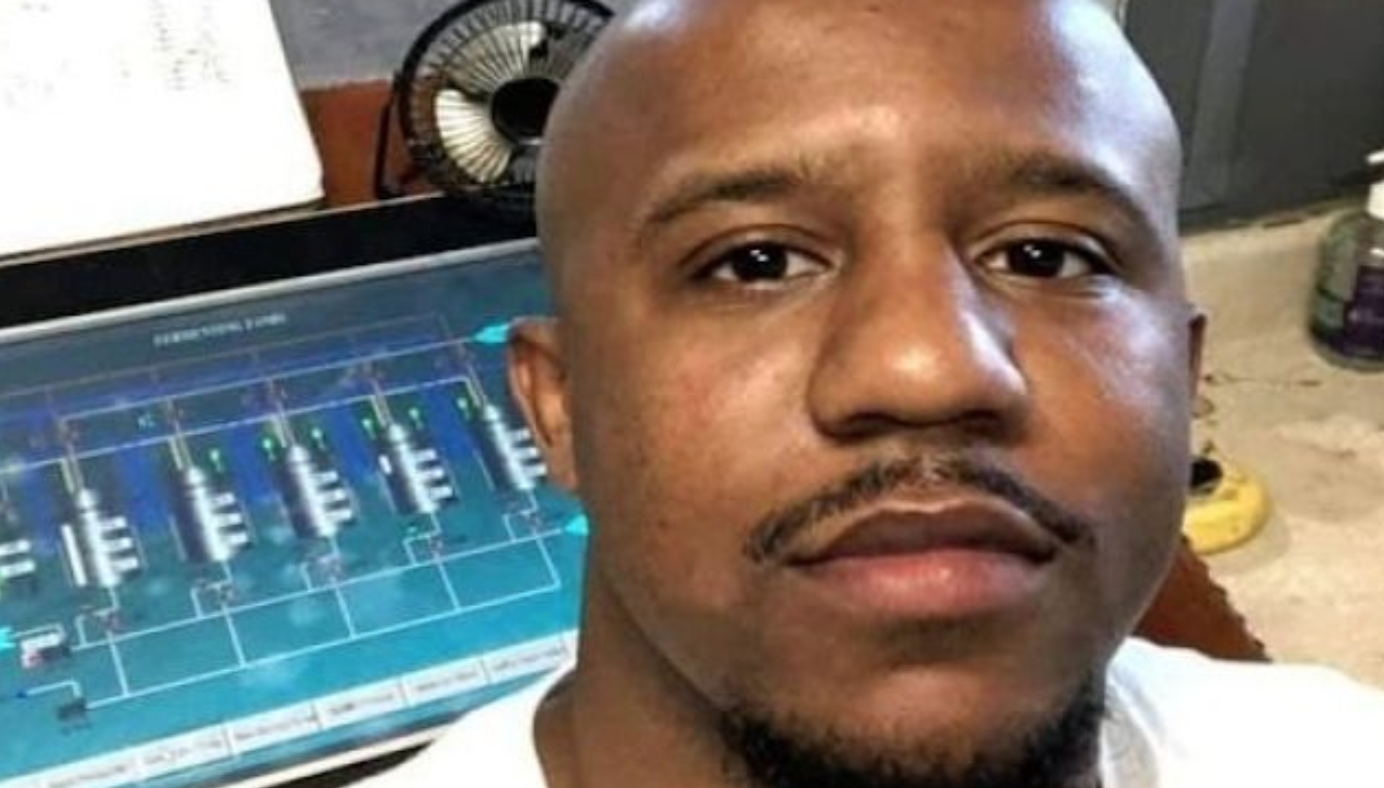 Williams’ story highlighted in a GoFundMe Campaign written by one of his employers is as follows:

On Monday, August 5, 2019, Antoine Williams passed away at the Doctors Hospital Burn Center in Augusta, Georgia. He was being treated for burns and a broken leg from an accident that happened on July 24th.

After twelve days of treatment, and after being told that Detroit (Antoine’s nickname) should have a full recovery, he went into cardiac arrest during a procedure and they were not able to revive him. So, in addition to the tremendous heartbreaking grief of losing a loved one, we are in shock due to the sudden and terrible turn of events. We feel like we have been on a roller coaster of emotions.

Some lost a friend and coworker, but his parents lost their son and his children lost their father. Our hearts are heavy, but his family’s hearts are broken. If you have lost a child or a father, you can understand these feelings.

Because he was from Detroit, Michigan, he got the nickname Detroit, and it stuck. Everyone knew Antoine as “Detroit.” Regarding his work ethic, we want people to know that Detroit was a great example of the possibilities of what can happen when you don’t settle for the status quo. Detroit was hired at an entry-level position and worked his way up to “Control Operator.” He went from a basic manual labor job to a computer controlled process management system operator. He could run the entire plant from one central computer automation system. Over the years he would ask, “What can I do to move up?” “What do I need to learn to be considered for the next level up?” He would learn everything he could about the skills needed for the next job above his current level.

Although he has left this earth, his example in life leaves a legacy to his children… and to all of us, of the good things that can happen if you are not complacent and don’t settle for where you are in your current job.

So, we wanted you to know something about Detroit and here is the situation and why this GoFundMe campaign: Detroit’s friends, coworkers and managers at his company are raising money to help the Williams family with the funeral expenses. Detroit’s body is being transported to Detroit, Michigan, for burial. You can imagine the expenses associated with transportation. Please consider helping through a donation and if you can’t afford a donation, please pray for the family and feel free to offer a word of encouragement to the family on this site.

Thank you for your support and/or kind words to Antoine Williams' family in this trying time and please continue to do everything you can do to eliminate and prevent fires from occurring. Whether you the public by recycling hazardous materials properly or the waste and recycling operators’ that continue to invest in safety training, education and equipment, we all play a part in ensuring that our employees return safely to their homes with their families.