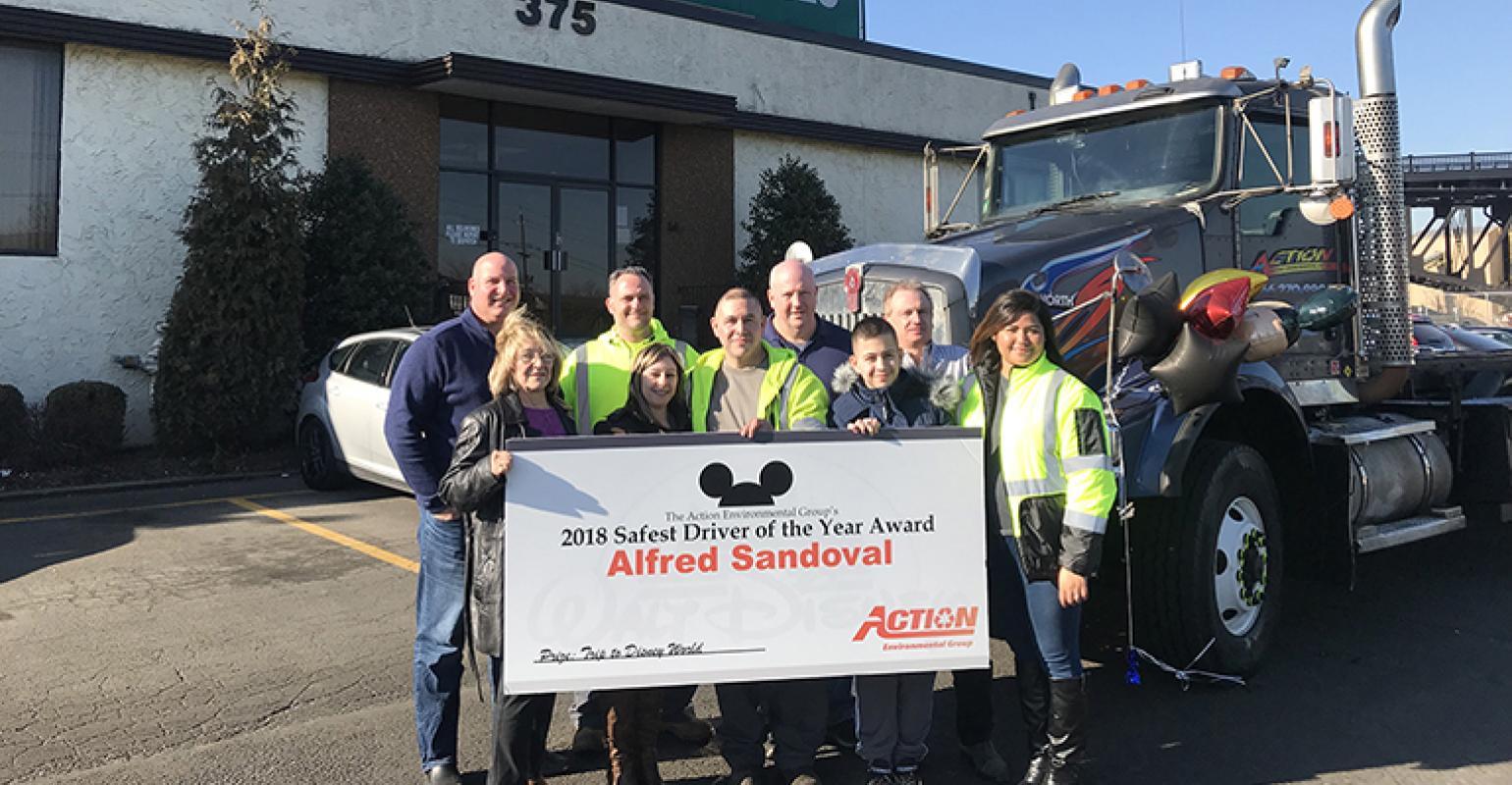 The winner for 2018, Alfred “Mike” Sandoval, will receive a weeklong, all-expense paid trip to Disney World with his family.

Action Carting just announced its 2018 Safest Driver of the Year award. This is the company’s second year presenting the award, which highlights employees who have gone above and beyond the company’s safety standard.

The winner receives a weeklong, all-expense paid trip with their family to Disney World. This year, Action’s winner was Alfred “Mike” Sandoval, a longtime New York City roll-off driver. Sandoval will now choose a week to go to Disney with is wife and two children, and Action will cover all costs.

Related: Labor Shortage Prompts Haulers to Think Outside the Box

Sandoval has been with Action Carting since 2013. His wife Marion, his son,Tyler, 12, and mother Bibiana, surprised him during the announcement of his award. The company’s director of risk management Sal Mastriani, CEO Ron Bergamini, Sandoval’s direct manager Rob Staada and other members of the team were there as well. 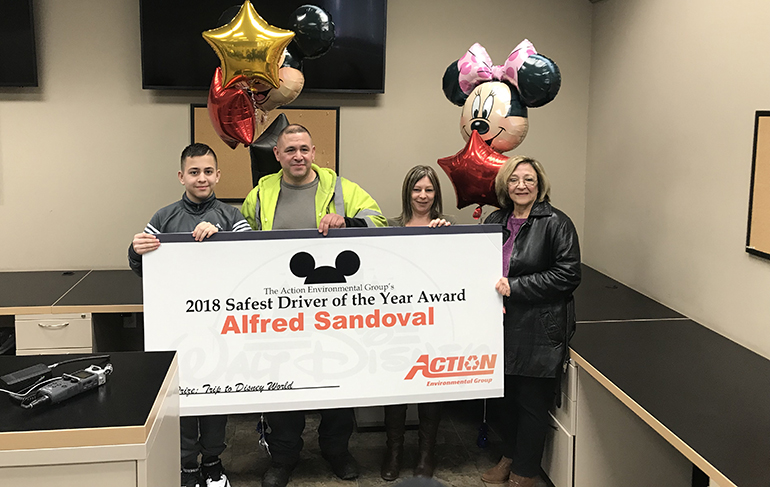 The award program runs for a full year, and during that time, Action drivers have to go all year without any accidents, injuries and no-call, no-shows (employees can have a day off or call out, but they cannot just not show up, according to the company).

Last year, out of the company’s 400 drivers, three were in the running to win the trip. This year, there were 33 candidates. Runners-up also receive a cash gift card from the company.

“So, our guys really stepped it up this year,” noted Action.

Check out the video below of Sandoval’s family presenting him with the prize: