HomeResourcesEREF’s Annual Charitable Auction to Take Place at WasteExpo
Recent
Machinex Upgrades West County Resource Recovery in California
May 27, 2022
EREF Hosts Record-Breaking Charitable Auction, Proceeds Directly Support Scholarships and Scientific Research
May 27, 2022
This Week in Waste: Top Stories May 23 - May 28
May 27, 2022
Landfill Emissions Measurement: What We Know, What We Need to Know
May 27, 2022
POLL
SWANA & Oceans Caucus Foundation Host Congressional Briefing on Recycling
May 27, 2022
Collaboration Leads the Way in Connecticut to New Extended Producer Responsibility Law for Management of Discarded Residential Gas Cylinders
May 27, 2022
An Uber-Style Service for Curbside Recycling
May 26, 2022
S&B Selected as Contractor for New Hope Energy’s Advanced Plastics Recycling Unit
May 26, 2022
Need to Know
brought to you by 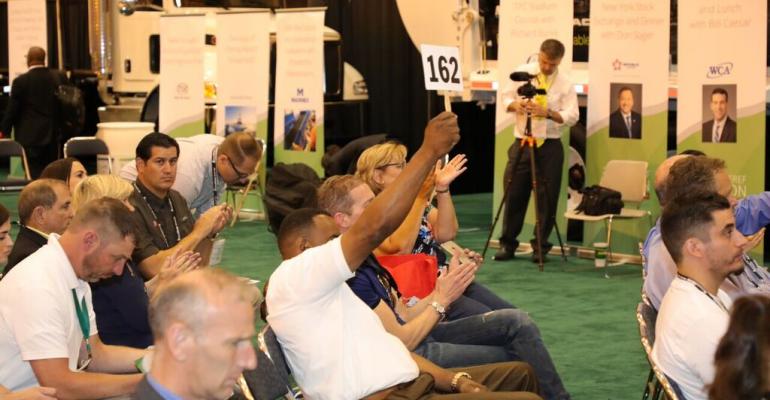 The event has raised $18 million since its inception 24 years ago.

The Environmental Research & Education Foundation’s (EREF) Annual Charitable Auction will be held at WasteExpo in Las Vegas once again. The two-day event, held April 24-25, will consist of live and silent auctions as well as a networking reception.

Last year’s auction raised more than $1.9 million to fund scientific research and educational initiatives, and the auction has successfully raised $18 million since it began 24 years ago.

Proceeds from the auction will go toward the four core programs of the foundation: research grants, data and policy, scholarships and education. Participants can place bids for the silent auction on their mobile devices from 10:00 a.m. on April 24 until 3:30 p.m. on April 25.