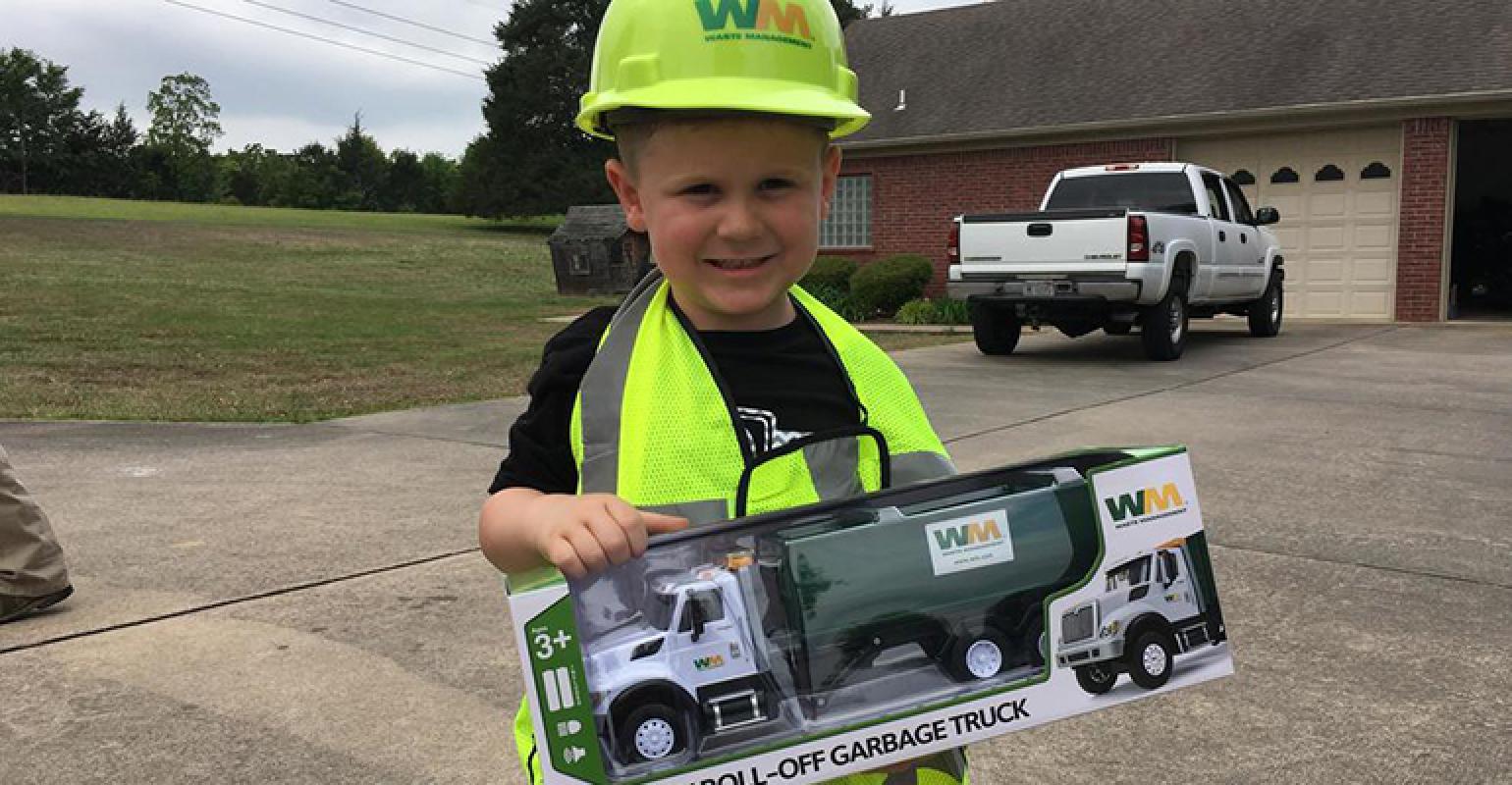 Five-year-old Jagger Mourot is a huge fan of garbage trucks.

Every Wednesday, Jagger Mourot, a five-year-old resident of Morrilton, Ark., greets his garbage man and watches in awe as the garbage truck picks up his trash.

Recently, Waste Management got word that Jagger was a huge fan and decided to make a special trip to his house to let him climb into the cab of the truck. Waste Management also gifted him with a toy garbage truck, a garbage hauler uniform and some company swag.

While most of us look forward to the weekend, five-year-old Jagger Mourot looks forward to Wednesdays; that's because Wednesday is garbage pick up day.

"The truck is back," exclaimed Jagger, seeing the green trash hauler round the corner onto his street just outside Morrilton.

To say Jagger is captivated by trash is likely an understatement. The five-year-old waits anxiously every Wednesday, waving to the garbage man from his front porch. Garbage or recycling - he loves it all.