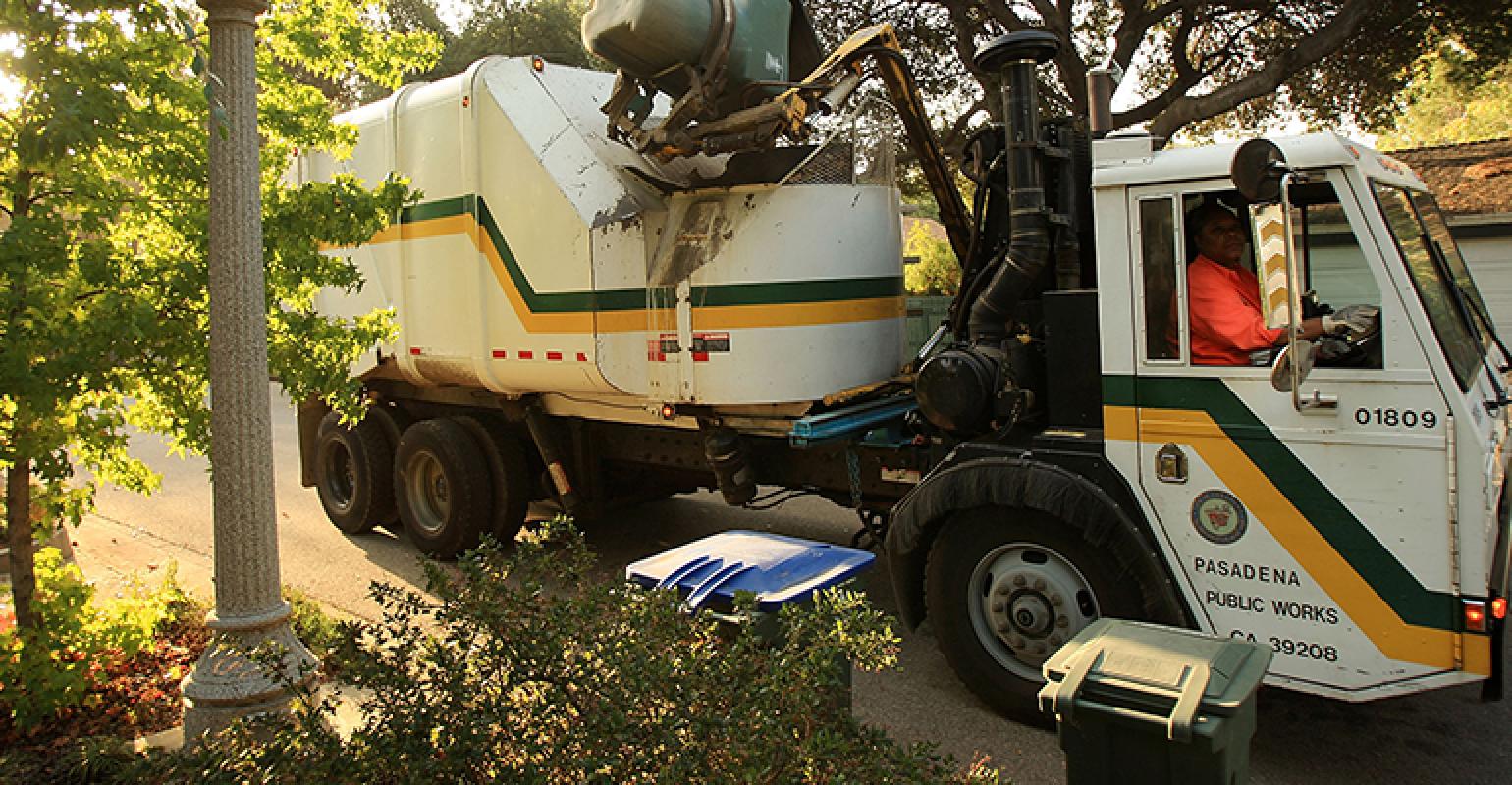 A Department of Public Works report shows each resident threw away an average of 8.4 pounds of waste per day in 2018 compared to 5.6 pounds in 2012.

Pasadena, Calif., residents have reportedly thrown away roughly 50 percent more trash per capita last year compared to 2012, which is when the city first began monitoring its per capita disposal rate.

The city’s director of public works is expected to deliver the department’s report to the City Council’s Municipal Services Committee that shows each resident throwing away an average of 8.4 pounds of waste per day. The report will be presented on July 23 along with the department’s recommendation for the City Council to accept a bid submitted by American Reclamation Inc. to handle the city’s residential and commercial recycling contract.

Pasadenans are throwing out more trash than ever before, and the City is finding it more difficult to recycle.

These are a couple of the roadblocks Pasadena faces as it strives to achieve its zero-waste goals, a report by the City’s Department of Public Works said.

In the report due to be delivered to the City Council’s Municipal Services Committee on Tuesday, July 23, Public Works Director Ara Maloyan said the amount of waste that each Pasadena resident throws away every day had increased by 50 percent last year over 2012, the first year the City started monitoring its per capita disposal rate.