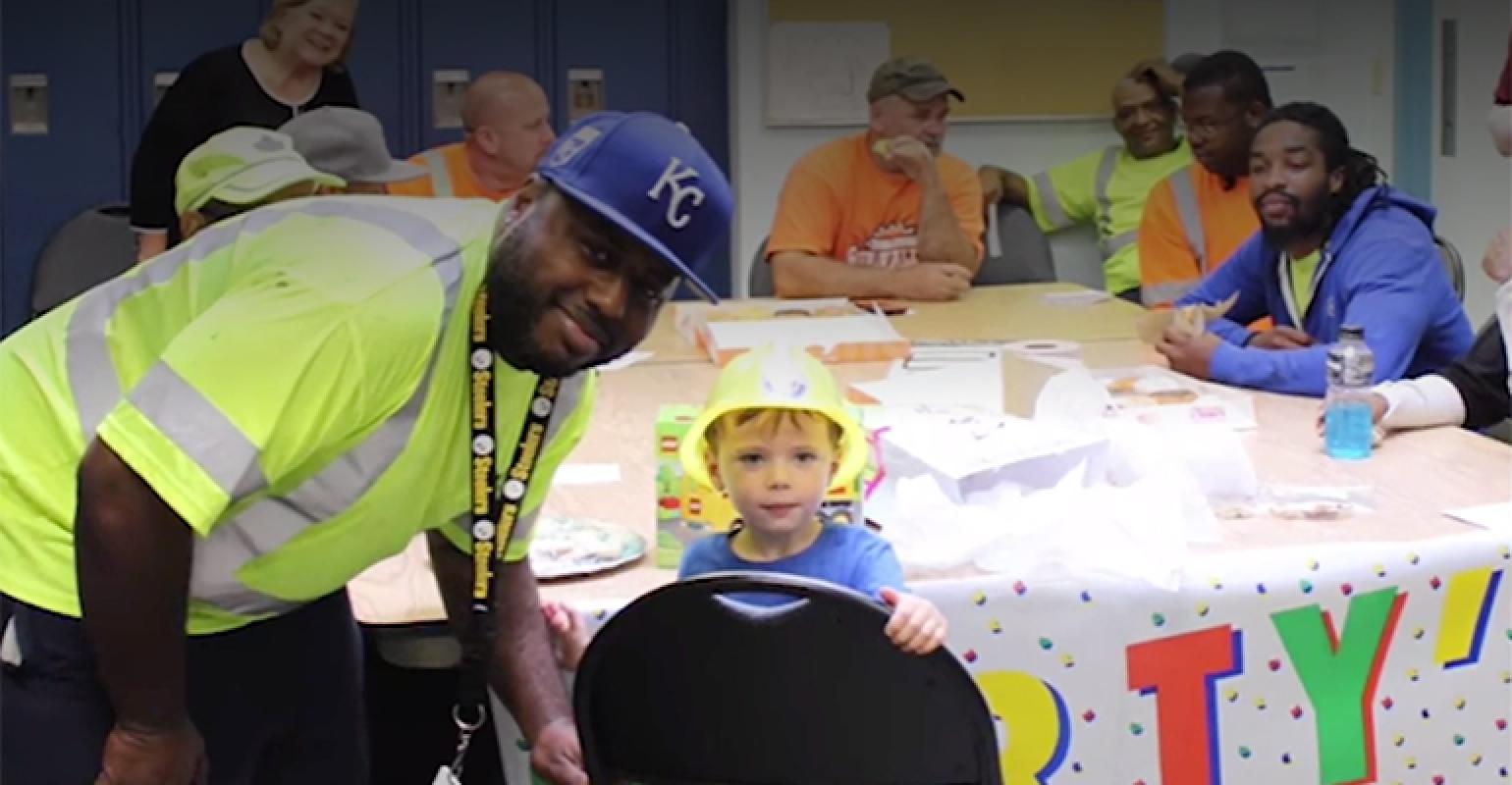 Johnny Tsacoumangos, a 4-year-old boy in Kirkwood, Mo., has formed a friendship with Bill Fair, the sanitation worker who services his home.

Johnny Tsacoumangos, a 4-year-old boy in Kirkwood, Mo., has formed a friendship with Bill Fair, the sanitation worker who services his home. Tsacoumangos’ dream job is to become a sanitation worker, and to get a jumpstart on his career, he has begun helping out with simple trash cleanup duties.

To show his appreciation for Fair, Tsacoumangos drew him a picture of a recycling truck to hang in his locker. In return, Fair helped organize a sanitation-themed birthday party for Tsacoumangos.

To learn about other special friendships between sanitation workers and customers, click here.

We all had dream jobs when we were kids, but one 4-year-old has already started preparing.

Johnny Tsacoumangos from Kirkwood, MO has big aspirations of becoming a sanitation worker and he’s ready to get his hands dirty. Tsacoumangos likes to think “about picking up the trash when I’m going to be an adult.”

Every Wednesday, Tsacoumangos waits outside of his house, eager to see the recycling truck and his favorite driver, Billy Fair, pull up.