Recent
Sponsored Content
Cities Are On the Frontlines in the War on Waste
Are Chefs the Missing Ingredient in Circular Food Systems?
Jul 02, 2020
City Harvest Finds Spike in Food Need Due to COVID-19
Jul 02, 2020
Recycling Technologies Hires Seven Apprentices from Honda
Jul 02, 2020
Worn Again Technologies Aims to Eradicate Textile Waste and Shift to a Circular Economy
Jul 02, 2020
SWANApalooza Panelists Look at How to Achieve Zero Waste to Landfill by 2040
Jul 02, 2020
Dole to Eliminate Food Waste by 2025
Jul 02, 2020
Makings of a Good Landfill Closure Plan
Jul 02, 2020 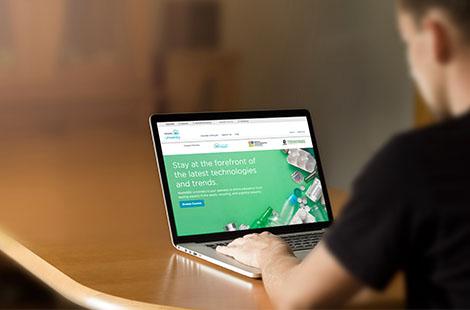 Circular Fashion Expected to Be a Top Focus for 2020
Jan 02, 2020
Vogue looks at what will be key to making fashion more sustainable in the future.

Renewance Provides Battery Recycling Services to KORE Power
Jan 02, 2020
The duo will collaborate on the execution of battery recycling projects for KORE Power batteries that have reached their end of life.

A Century of ISRI’s Scrap Specs Benefit Global Supply Chain
Dec 23, 2019
For the past century, ISRI specs have promoted trade and provided common language for the global recycling community.

Queen's Speech Addresses Plastic Exports Ban
Dec 23, 2019
In her speech for the State Opening of Parliament, the queen said environmental measures were to be “enshrined into law” as part of the proposed environment bill.
Load More